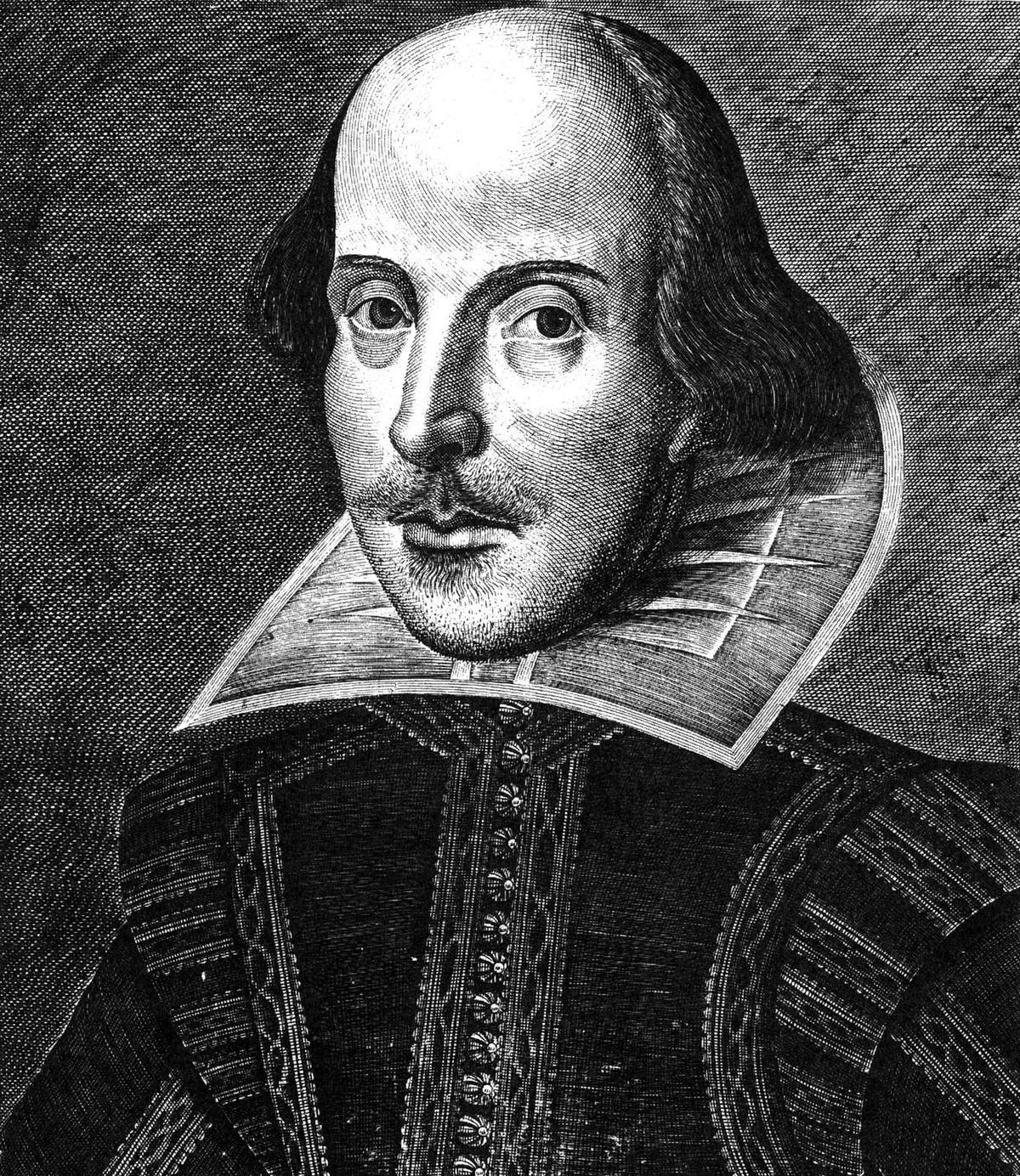 If your state representative proposes a crazy law, such as allowing guns in daycare centers or requiring all legislation to include a quote from the Magna Carta, remember that in our country of 50 sovereign states, each with reserved police powers, except where explicitly stated in the Constitution, state legislatures are where the rubber of democracy meets the road on the issues most relevant to American families.

K-12 education is a good example. While nothing that happened in last week’s federal election will affect what happens in schools, the makeup of the state legislature will. Like when a Republican Florida state representative introduces a bill authorizing school districts to require teachers to wear microphones and put cameras in classrooms for parents to keep watch. Or when Iowa Republican State Representative Norlin Mommsen proposes that schools be forced to put cameras in every classroom except special education and PE classes (because nothing bad ever happens in PE class), and fines of up to 5% of salary to school staff who disconnect or obstruct cameras.

While no cameras were present when these bills were discussed in committee, this is the same audience that wanted cameras trained on voting devices. As patriot Frank Horney of Palm Desert, CA wrote to his local paper, “Jewelers, banks and homes have 24/7 security cameras to protect their assets. The most valuable asset we have is our children. Professional teachers should not be afraid of cameras in the classroom unless they have something to hide. Parents could relax and know that the wonderful teachers we have are in their corner and appreciate our most precious possessions. If you disagree, ask the American Horneys and Mommsens, what is your agenda for not wanting to protect children? And along the same lines, why are you unwilling to support my bill to ban Shakespeare and his 400 puns on bawdy body parts?

Barring a return of Donald Trump or the panopticon, we will not have cameras in classrooms. But if we did, the show will be the same as it was three years ago. And that’s strange, because the cast has changed + cast in a completely different light. According to the National Assessment of Educational Progress (NAEP), 2020-22 has erased decades of learning gains. Reading scores dropped and are now at levels last seen in 1992, when classroom cameras were just a glint in Norlin Mommsen’s eyes. Meanwhile, in by far the largest drop on record, the average student in the US lost nearly a year of math. Even worse, the declines were more severe for black and Hispanic students, exacerbating historical disparities.

It’s not just NAEP. Average ACT scores fell below 20 for the first time since 1991. Nearly half of all applicants in 2022 failed to meet any of the subject benchmarks for English, reading, science and math. ACT’s CEO called the decline “alarming,” though it would have been more alarming if the less-prepared students were excessively deregistering in an era of college admissions with elective tests.

So those of us who follow Norlin Mommsen’s attentive example should be crazy, right? One of the biggest surprises of last week’s groundbreaking midterm elections was that voters failed to chastise Democrats who kept schools closed for a year. Admittedly, if you’re behind on math and science, it’s not a good idea to vote for a political party that has sworn allegiance to a sect of non-counting and harbors serious doubts about science; such is the madness. Still, Democrats did fine in the cities and states that kept schools closed the longest, retaining all of the state’s legislative majorities. Of course, it’s not just about keeping schools closed. States that minimized school closures also saw dismal results. The K-12 Covid story isn’t so much about closed schools as it is about how schools adapted to a lack of student engagement and mask-filtered education during (what we hope was) a once-in-a-century disruption. The grade: F.

Also not to blame: K-12 leaders and teacher unions. While tempers of privileged parents flared on social media as schools closed, there has been no widespread backlash. Remarkably, 82% of parents believe their child’s school has handled the pandemic well. So California State Superintendent Tony Thurmond was easily re-elected. And Cecily Myart-Cruz, president militant of United Teachers of Los Angeles who famously told it Los Angeles magazine that “there’s no such thing as learning loss” and that “our kids haven’t lost anything” because “they’ve learned to survive” continues to keep her bond firmly in check. Far from playing defense, California teachers’ unions felt emboldened to spend $5 million in member dues against a ballot initiative that would have raised taxes to fund incentives for electric vehicles and wildfire prevention. Why? Because extra tax revenue would not have gone to schools.

After last week’s election, my favorite new phrase on social media is “I’ve seen enough,” i.e. pundits preparatory (and often incorrect) calls. Since no one is blamed for learning loss—since the only ones getting punished are students—it’s a wonder no self-professed expert has made this appeal: “I’ve seen enough, Americans must love learning to lose.” Sure, Congress has approved $190 billion in federal ESSER (Elementary and Secondary School Emergency Relief Fund) funding. But districts are only required to spend 20% on learning loss. As a result, if De74 reports: “America’s largest districts have instead prioritized facility improvements” — an emergency in the same way that Covid was the “emergency” that prompted student loan forgiveness just as President Biden declared the pandemic “over” .

As more learning loss data pours in, K-12 leaders know better. And parents will soon as districts inform them of the bad news. School districts need to get serious about combating learning loss from Covid before it’s too late. So what are the options?

Most school districts already have many online learning resources for students. The problem is that students from low-income families with the greatest educational disadvantage are most likely not to take advantage of these resources.

Many districts have made synchronous online tutoring available during Covid and are continuing these services. Students can log in whenever they want and get help with every course. But like online learning resources, adoption is low. Researchers at UC Irvine and Brown found that frequent texts drove up to 30% acceptance. But left alone, only about 20% of all students even try online tutoring once. And for the most needy students, adoption was closer to 10%. Only 0.3% of students participated in tutoring three or more times a week, the recommended level to address learning loss.

While we see a proliferation of online tutoring models — Sal Khan’s Schoolhouse.world, Virginia’s new program with HBCUs, for example — they all opt for volunteer tutors. But if there’s a three-alarm fire on your block, you don’t want your neighbor joining in, and — unless you’re a California teachers’ union against funding fire prevention — you don’t want volunteer firefighters.

The best way to systematically address learning loss is more instruction. It cannot be optional. But while a handful of counties have figured this out — Buffalo provides an extended school day and calendar, Montgomery County, MD has Saturday school — in the vast majority of counties, teachers’ unions have refused to change contracts to allow teachers to work (and have been paid) more. Last spring, LA Unified announced plans to add four paid days to the 2022-23 school year, but UTLA’s Myart-Cruz called it “an overreach…to demand more from students, families, and teachers” and filed a complaint at the California Public Council on Labor Relations. The result: four optional days (first two days of winter and spring holidays).

If we need more compulsory education and teachers don’t want to teach anymore—most districts struggle to find enough teachers, especially substitute and special education teachers—the obvious solution is to get outside help. This is why my company Achieve Partners acquired MasteryPrep, the leader in helping underachieving students in underserved schools catch up and demonstrate mastery on end-of-course and college exams. MasteryPrep is currently working with over 500 school districts to deliver mandatory in-person workshops and boot camps, along with synchronous and asynchronous online test prep for students struggling with learning loss.

In addition to managing teacher shortages and political conflict, the lack of awareness and supply of educational services providers like MasteryPrep explains why districts have failed to issue ESSER funding. In the 2021-2022 school year, less than 15% of ESSER funding was spent. New York City has so far spent just 2%, Chicago 6%, Houston 9% and LA 22%, according to Georgetown’s Edunomics Lab. The slow pace of spending has drawn the attention of lawmakers concerned that “districts, especially those that remained closed for more than a year, have not spent the vast majority of funds made available during the pandemic.”

Where K-12 leaders have moved, ASU’s Center on Reinventing Public Education (CPRE) reports that efforts are fragmented. Districts are “adopting high-intensity tutoring, project-based learning, and career-supported education piecemeal, rather than pursuing academic acceleration as a comprehensive approach.” CPRE leaders bemoan the “appalling discrepancy between the rate of academic decline and the ability of districts to implement the dramatic educational changes needed to help children catch up.”

Helping K-12 students catch up so they can be prepared for life, career, and college (in that order) requires a coordinated, comprehensive, all-hands-on-deck approach suitable for a real emergency. complete with digital marketing and SMS to get parents and students on board. Schools need more resources, more guidance, more volunteers, more educational providers, and more leaders willing to engage in rigid unions.

Given the compliant approach so far, it is remarkable that no one is punished. That would never happen on a reality show. So maybe we should have cameras in classrooms. At that point, the lack of serious action would be a tragedy of Shakespearean proportions that even Norlin Mommsen wouldn’t want to see.

Real estate entrepreneur trains with strategies for the wholesale market