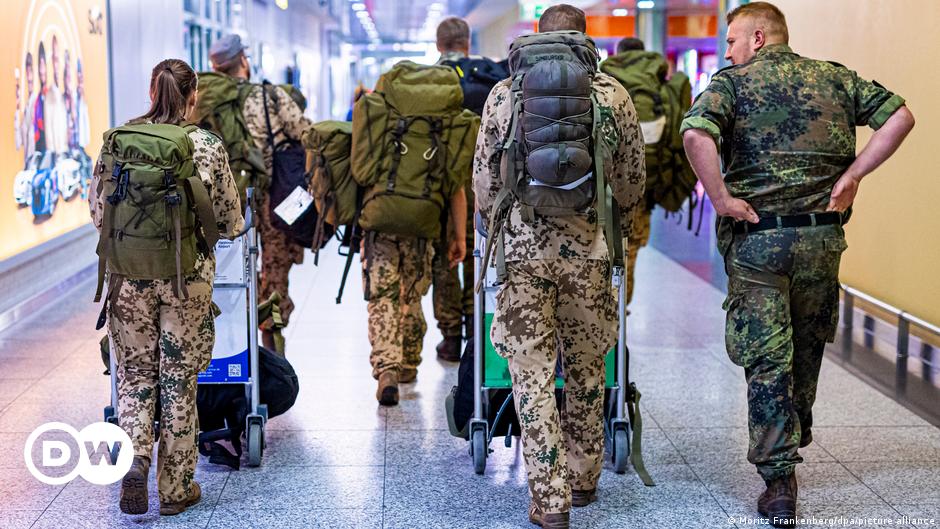 After 10 years of trying to help build peace in Mali, Germany is withdrawing its troops from the West African country. The Bundeswehr’s participation in the UN mission MINUSMA will end by May 2024 “according to a very orderly plan,” German Defense Minister Christine Lambrecht said in Berlin on Tuesday. She explained that the gradual withdrawal was intended to keep some troops in the country during the elections scheduled for February.

Mali’s rulers took the news to heart. Fousseynou Ouattara, vice president of the military junta’s National Defence, Security and Civil Defense Committee, told TUSEN that the German decision was “much wiser than we expected”. The junta had assumed that Germany would “blindly follow France,” he added. The French army completed its departure in August.

While emphasizing that Germany was one of his country’s most important partners, Ouattara said the Malian government opposed “the permanent expansion of a foreign military presence on our territory”. He alluded to Malian Defense Minister Sadio Camara’s statement that the national army was capable of defending its own country.

This was supported by Amadou Maiga, parliamentary secretary to Mali’s transitional government, who told TUSEN that the German decision came as no surprise. “I think it just requires a reorganization of our forces and maybe a little more logistics. But we will work it out. We expected this,” he said.

Maiga carefully emphasized how grateful Mali was for Germany’s help. “I think cooperation will continue at other levels, such as development and security. We thank them and we will face our fate,” he said.

Souleymane Camara, president of the Malian human rights organization LNDH, was less optimistic. “The withdrawal of forces from countries that came to help contain the jihadist advance is very worrying, as Mali does not have the resources to deal with the situation,” he told TUSEN.

Camara admitted that the junta has plans to recruit 26,000 soldiers this year alone. “But it takes years to train and deploy them,” he said.

It will be difficult to find other countries to take the place of those who are leaving now, especially since there is a “crisis of confidence between the government and MINUSMA”. According to Camara, the resulting void could benefit the jihadists.

The military seized power in Mali in May 2021 and disbanded a joint civilian and military executive formed after a previous coup in August 2020. The new leaders suspended scheduled elections, leading the EU to end its training mission in a country increasingly was destabilized by radical Islamic rebels.

Relations between the new military junta and Germany deteriorated rapidly. After eight German soldiers were not allowed to leave the country, Berlin briefly suspended its military operations in August. Patrols resumed in September, but since then discussions in Germany about whether or not to stay in Mali had become more urgent.

The issue divided the Berlin government of Chancellor Olaf Scholz. Minister of Defense Lambrecht made no secret of her conviction that it would be best to withdraw the German troops. She has accused the junta of deliberately obstructing the UN mission while relying on “Russian troops”, a reference to the Kremlin-affiliated Wagner group of mercenaries with a growing presence in Africa.

Berlin sent about 1,000 troops to Mali, closest to the northern city of Gao. Their main task was to collect reconnaissance for MINUSMA. After Russian troops arrived in Gao, Lambrecht expressed suspicion that they were involved in human rights violations.

See also  Residents of Fogo Island in NL lost their only sofa in August. Now they are struggling to put on a new one | TUSEN news

German Foreign Minister Annalena Baerbock had previously argued for the Bundeswehr to remain in Mali to ensure the protection of the civilian population. Defense Minister Lambrecht stressed that the German military would instead become more involved in Niger, adding that it would be “irresponsible” to leave the Sahel region.

The pervasive insecurity in the region and especially in Mali was highlighted by the disappearance, Monday, of a German priest, believed to have been kidnapped by jihadist insurgents.

Hans-Joachim Lohre, a member of the Missionaries of Africa or White Fathers, is the national secretary of the country’s interfaith dialogue commission. His whereabouts remain unknown and no ransom has been demanded so far.

Trump’s call to suspend the Constitution is not a 2024 deal...