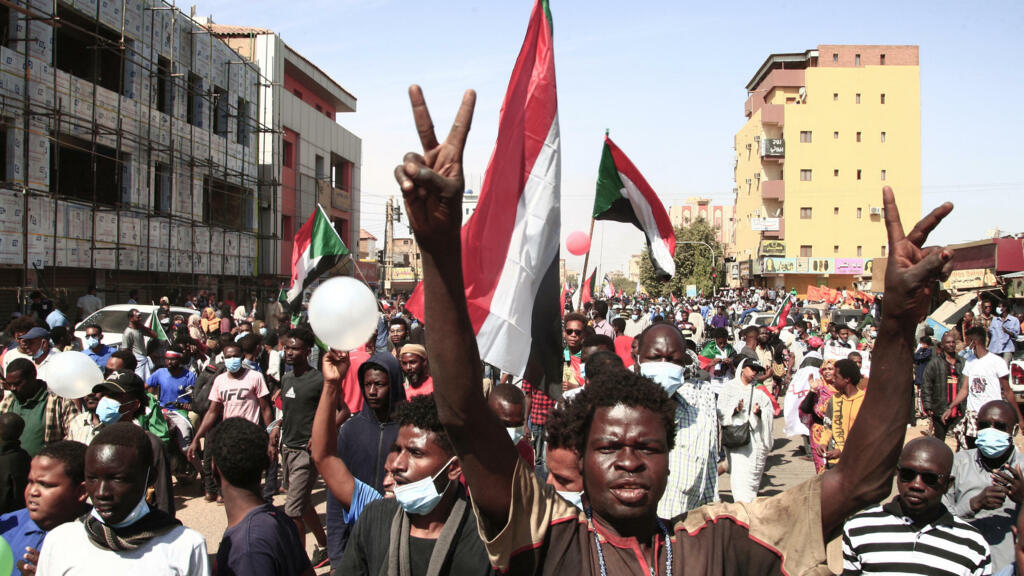 Sudanese security forces fired tear gas and used stun grenades in an attempt to break up protests by tens of thousands in the capital Khartoum on Sunday following the October 25 military coup.

Protests against the coup continued even after the prime minister’s reinstatement last month, with protesters demanding no military involvement in the government.

Protesters marched towards the presidential palace on Sunday, marking the third anniversary of protests that sparked a popular uprising that led to the overthrow of longtime Islamist autocrat Omar al-Bashir.

They gathered less than a kilometer from the palace, chanting “the people are stronger and retreat is impossible”. Some protesters ran through the side streets to protect themselves from the tear gas.

Although security forces blocked bridges to the capital, protesters were able to cross a bridge connecting the town of Omdurman to central Khartoum, but were greeted by powerful tear gas, Reuters witnesses said.

Witnesses also told Reuters that protesters were trying to cross a bridge connecting Bahri, north of Khartoum, to the capital.

Protests were also planned in other towns across the country, and images shared on social media showed protests starting in towns like Port Sudan on the Red Sea coast and El-Deain in the western region of Darfur.

On Saturday evening, Prime Minister Abdalla Hamdok warned in a statement that the Sudanese revolution was facing a major setback and that political intransigence on all sides threatened the country’s unity and stability.

Security forces cordoned off the main roads leading to the airport and army headquarters, and security forces, including joint army and paramilitary rapid support forces, were heavily deployed around of the presidential palace.

Protesters blocked the roads around the area where the demonstration was taking place. Some carried Sudanese flags and pictures of protesters killed during protests in recent months. Others were handing out COVID-19 masks and wearing stretchers in anticipation of the injured.

It was the ninth in a series of anti-coup protests that continued even after the military reinstated Hamdok, who had been under house arrest, on November 21 and released him and other prominent political detainees.

The Sudanese Central Medical Committee says 45 people have been killed in the crackdown on protesters since the coup.

Power has been shared between military and civilian political parties since Bashir’s dismissal. But Hamdok’s reinstatement deal faces opposition from protesters, who previously viewed him as a symbol of resistance to the military regime and denounced his deal with the military as treason.

Civilian parties and neighborhood resistance committees which have staged several mass protests demand a full-fledged civilian regime under the slogan “no negotiation, no partnership, no legitimacy”.

On Saturday evening and early Sunday morning, people arrived in convoys of buses from other states, including North Kordofan and Gezira, to join protests in Khartoum, witnesses said.

On Friday, a rally of members of civilian parties, known as the Coalition of the Forces for Freedom and Change, was interrupted by tear gas from an unclear source as witnesses told Reuters it did not There was no sign of security forces at the scene.

Eugenie, Prince Harry and Meghan’s close royal friend, is ‘following in their footsteps’