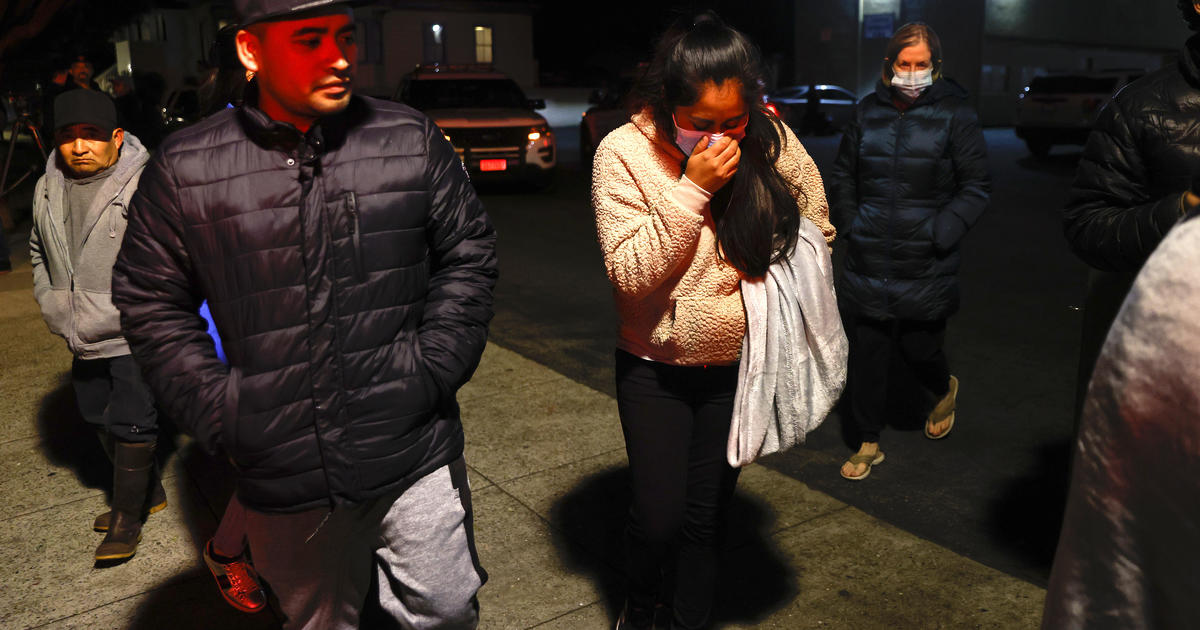 HALF MOON BAY – A farm worker accused of killing seven people in a mass shooting at two mushroom farms in Half Moon Bay was charged with seven murders and one attempted murder on Wednesday.

Chunli Zhao, 66, was scheduled to appear in court for the first time in Redwood City on Wednesday at 1:30 p.m. It was not immediately clear whether he had a lawyer who could speak on his behalf.

The victims were identified as:

Authorities said the seventh victim has been tentatively identified, but their names are withheld pending positive identification and notification to next of kin.

It was California’s third mass shooting in eight days, inclusive the murder of 11 in Monterey Park in Los Angeles County amid Lunar New Year celebrations Saturday, and a shootout in Oakland Monday just hours after the attack on Half Moon Bay.

Authorities believe Zhao acted alone on Monday when he entered a mushroom farm where he worked in Half Moon Bay, shot four people and seriously injured a fifth. He then drove to a nearby ranch where he previously worked and killed three more people, said Eamonn Allen, a sheriff’s spokesman.

The charges include additional charges that could lead to the death penalty or life in prison without parole, although Governor Gavin Newsom has issued a moratorium on executions. Among those allegations are that Zhao used a gun, caused grievous bodily harm, killed several people and was previously convicted of a felony. No additional details were provided about the previous crime.

Officials have said some of the dead were migrant workers.

“He was a good person. He was polite and kind to everyone. He never had any problems with anyone. I don’t understand why all this happened,” Martinez Jimenez said in Spanish.

It wouldn’t have been Zhao’s first tantrum, the San Francisco Chronicle reported. In 2013, Zhao was charged with threatening to split a colleague’s head open with a knife and separately tried to suffocate the man with a pillow, the Chronicle reported, citing court documents.

The two were roommates and worked at a restaurant, and the man, identified as Jingjiu Wang, filed a temporary restraining order against Zhao that was granted but is no longer in effect. Wang could not be reached immediately, the Chronicle reported.

Meanwhile, a makeshift memorial of flowers and candles grew in Half Moon Bay on Wednesday morning, as chilling new details emerged about the murder of the seven farm workers who were fatally shot by a colleague.

“They were killed on purpose, on purpose, execution style,” Eshoo told reporters. “This community, California and the country are reeling from it.”

Through an interpreter, Nunez said Juana was approached by a man she recognized as a former colleague as the workers were finishing their day.

He left and returned minutes later with a gun, killing her colleagues. She told Nunez that she thought she was unharmed because she had never had any problems with the man.

At a news conference Tuesday, San Mateo County Sheriff Christina Corpus said the only known connection between the alleged shooter and his victims is that “they may have been co-workers.”

“All the evidence we have points to this being workplace violence,” Corpus told reporters. “The Mountain Mushroom Farm, the first location, was where the suspect worked.”

“We remain shocked and saddened by the senseless loss of four of our friends and longtime employees, and we pray for the team member who remains in critical condition,” California Terra Garden said in a statement.

Oates said there were three mobile homes and six employee trailers on the property. Many of the people who worked in the mushroom farms lived on site with their families in trailers and some children reportedly witnessed the violence. Those families have been temporarily relocated to area motels to join other farm worker families displaced by recent flooding in the area.

Corpus said the coroner’s office faced the difficult challenge of notifying the families of the seven workers who were killed because many were migrants.

The incident began on Monday when San Mateo County Sheriff’s deputies were sent to the Mountain Mushroom Farm on San Mateo Road near Highway 1 in unincorporated San Mateo County at 2:22 p.m. on a report of a multi-person shooting. victims.

Upon arrival, officers found four victims who had died of gunshot wounds. A fifth victim, also with gunshot wounds, was transported to Stanford Medical Center with life-threatening injuries.

Deputies then rushed to the second shooting scene — this one at another mushroom farm at 2125 Cabrillo Highway S./Highway 1. Three other dead victims were found there a short time later, the sheriff’s office said.

During the police response to the shooting, the sheriff’s office said there would be a media staging at a substation at 537 Kelly Ave. At around 4:40 p.m., a man in a white baseball cap was seen being led away from the substation. in handcuffs.

According to the sheriff’s office, Zhao himself drove to the substation between the two companies and surrendered to deputies. The weapon – a semi-automatic pistol – used in the shootings was found in Zhao’s vehicle.

“It was a legally purchased firearm and owned,” Capt. Eamonn Allen, sheriff of San Mateo, to reporters.

A family reunification center has been set up at IDES Hall at 735 Main St. in Half Moon Bay. The hall also houses families living in residences that are too close to the crime scene to be able to return home.

“These kinds of shootings are horrific,” Corpus said at a news conference Monday night. “It’s a tragedy we hear about way too often, but today it hits here in San Mateo County.