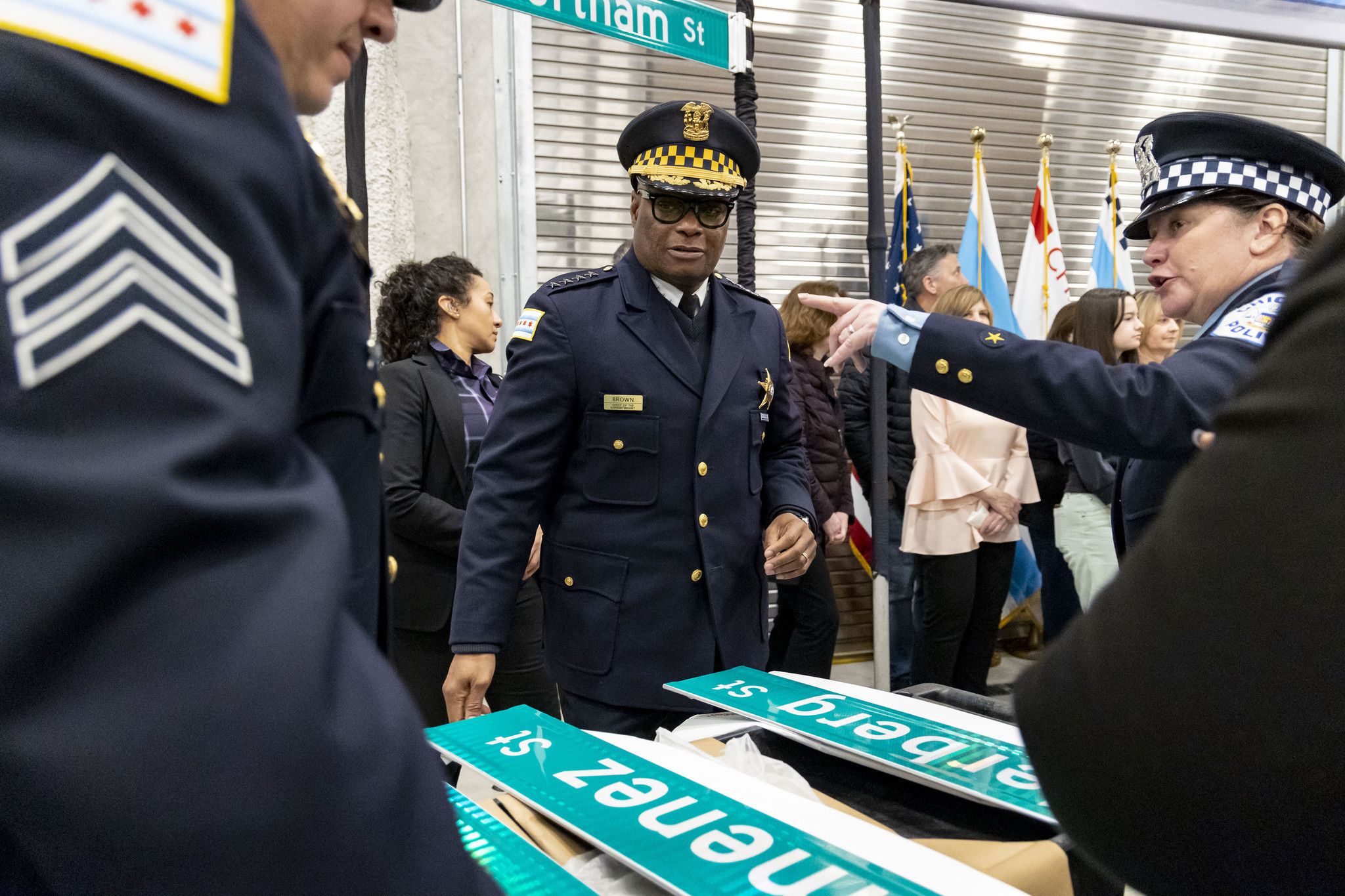 Mayor Lori Lightfoot and top officials from the Chicago Police Department and Chicago Fire Department gathered dozens of people Wednesday morning for the ribbon-cutting at the new $170 million joint training facility in West Garfield Park, which has been criticized by activists since its inception. commencement.

The Chicago Joint Public Safety Training Campus, 4433 W. Chicago Ave., is located on the 30.4-acre site of a former railroad yard. The facility will be used by members of CPD, CFD and the Office of Emergency Management and Communications. The “modern training campus” will include community areas, computer labs, classrooms, screenplay training and an indoor shooting range, according to the Public Building Commission.

The campus will also include a six-story tower, with each story simulating a different environment firefighters encounter, such as apartments, hotels and office buildings, as well as an elevator shaft, Lightfoot said.

There’s also an indoor scenario village with a four-way intersection, bar, apartment building, convenience store and office space, Lightfoot said. The facility’s lighting can be controlled to simulate different times of day and special effects devices, including a smoke machine and speakers, to simulate different conditions.

Police Superintendent David Brown stressed that the department trained just under 1,000 recruits last year, which was the most the department has taken on since the 2017-2018 time frame. Of those, 70% were people of color and 30% women.

All members of the police department will pass through the facility, including new and veteran officers who must complete 40 hours of training annually, as required by the federal consent decree that now governs the department, Brown said.

“A $170 million facility shows that this city supports its police officers. Spread the word,” Brown said. “This training facility will hopefully put COPA (the Civilian Office of Police Accountability) out of business.”

The facility was dedicated to MaShawn Plummer, a firefighter who died in the line of duty in 2022, and Police Commdr. Paul Bauer, who was shot in 2018 while trying to arrest a suspect. The scenario village will also feature several counterfeit street signs honoring fallen members, such as “French St.” for Officer Ella French who was fatally shot in 2021 during a traffic stop.

“I am confident that this facility will strengthen our relationships with the Austin and West Humboldt Park communities,” said Fire Commissioner Annette Nance-Holt.

Sharing the venue with the Boys and Girls Club is “a real blessing,” Nance-Holt said. The kids who attend club activities will have a chance to see first responders who can identify with them and “hopefully spark a dream of one day serving this great city as a firefighter, paramedic or police officer.”

Despite officials’ excitement over the facility, which was introduced in 2017 under Mayor Rahm Emanuel, many activists and notable figures, including Chance the Rapper, fought against the project. Those opposed wanted the money allocated to other city resources, such as schools, mental health centers and vocational training programs.

A group of Chicago youth, members of #NoCopAcademy, staged protests and attended city council meetings to advocate against the facility. They organized a “die-in” in the lobby of City Hall in 2018 with cardboard tombstones bearing the names of people killed in police shootings and names of schools and other institutions closed by the city for lack of funds.

Destiny Harris, 22, an organizer with #NoCopAcademy who grew up in the Austin neighborhood, said she got involved because her old high school senior, Whitney M. Young, is a neighbor of the police academy on Jackson Boulevard. She remembers hearing mock drills and gunfire without warning, which was traumatizing, especially for students who came from neighborhoods with a lot of gun violence.

Harris said she heard the new facility would be opening next to her parents’ alma mater, Orr Academy High School, at 730 N. Pulaski Road, which worried her.

Her group tried to push back the narrative that more police means a safer community, Harris said. Many people in black and brown communities don’t feel safe with more cops around.

Harris said she felt it was a “slap in the face” that the city used Laquan McDonald’s murder as justification for building a new police academy. It also felt unfair that in 2013 the Board of Education voted to close nearly 50 schools, including her elementary school, Key Elementary, due to a budget shortfall, yet still have millions to spend on building a police academy.

Despite the opening of the facility, Harris said she is proud of #NoCopAcademy’s work, and that it inspired more movements in Chicago and even nationally, such as protests currently taking place in Atlanta around a proposed police training facility.

“We’ve really shifted the narrative for a lot of people about what community safety looks like,” she said. “Even if this happens, it is a testament to the fact that the movement is never over. That there is always work to be done.”