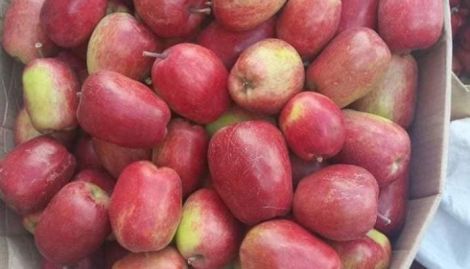 During a media interview on Thursday, September 22, Wambugu revealed that she was venturing into apple farming after seeing his father succeed in farming.

Her father ventured into apple cultivation in 1985 and 45 years later her daughter is following in her footsteps. Besides naming the apple after her father, Mr. Wambugu, she also named her farm after him.

“This is our 45th year farming. My father was the founder of the Wambugu apple, he started in 1985 and it was named after him,” Kate Wambugu

An undated image of harvested apples

‘We saw our father making money. Whatever you do, it’s more about the end product. Whether the work leaves you clean or dirty, it’s about what you get out of the hustle and bustle,” says Kate.

Kenya currently imports a huge percentage of apples from South Africa, Egypt and the Middle East.

However, Wambugu is optimistic that the country will soon have its own local apples as farmers in Kenya are adopting alternative ways to grow the produce.

According to Wambugu, apple growing is one of the most lucrative businesses that need less orientation. One only needs land, water and fertilizer to feed the tree.

Seedlings are also easily available in the market. Apple growing, she added, is not labor-intensive as many farmers think.

“Once you plant the seedlings, it only takes nine months for the trees to start producing fruit,” explains Wambugu.

“One hectare can accommodate 600 seedlings. However, you can start with a few seedlings. One tree can also produce almost 200 fruits with the bare minimum per harvest,” she added.

Wambugu further underlined that the beauty of apple trees is that you can harvest them for 100 years.

One hectare of apple farm can yield her 10 million Ksh after harvest. A farmer can also harvest three times a year, depending on the planting season.

Success in apple cultivation, however, is attributed to feeding the plants with sufficient fertilizer.

Currently, local farmers sell their products in Karen and some export them to the United Kingdom (UK). However, apples are analyzed by the Kenya Bureau of Standards (KEBS) and other relevant bodies to ensure they meet quality standards before being sold or exported. 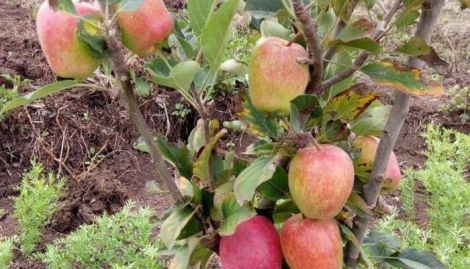 An undated image of an apple tree