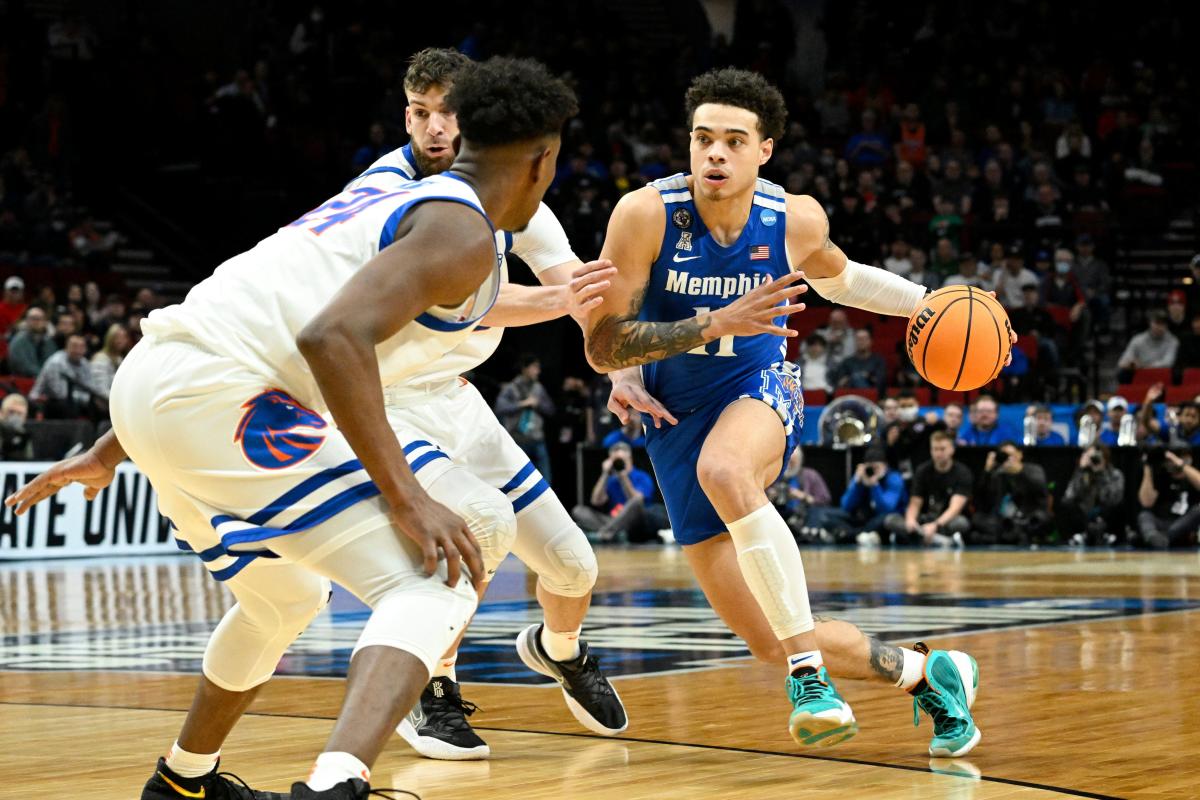 Lester Quinones, the former Memphis basketball guard who was not drafted Thursday, has agreed to a two-way deal with NBA champion Golden State Warriors, according to NBA insider Shams Charania.

Quinones, the 6-foot-5, 208-pound guard from Brentwood, New York, followed former Tigers Jalen Duren and Josh Minott early in their pro careers. Duren was the 13th overall pick and was part of a deal that sent him to the Detroit Pistons. Minott was the 45th selection (second round) of the Minnesota Timberwolves. In 2020, James Wiseman and Precious Achiuwa were selected second and 20th overall, respectively.

In three seasons at Memphis, Quinones averaged 10.1 points, 4.3 rebounds and 1.8 assists. Last season, he helped Memphis reach the NCAA Tournament for the first time since 2014. Quinones was also part of a core group that helped the Tigers win the National Invitation Tournament in 2021.

See also  IND vs ENG: Why was Stuart Broad told to 'shut up' by referee at Birmingham Test

LESTER QUINONES: How he became the leader Memphis basketball needs

Quinones possesses an array of qualities that make him an attractive prospect.

Neck and neck for the top spot on the list are his perimeter shooting and strong fundamental defense. Quinones shot 40% from 3-point field as a sophomore in 2020-21, then followed that up by hitting a 39% clip from beyond the arc last season.

On the defensive side, Quinones regularly lined up against the best player of the Tiger opponent. He had 82 steals in 87 career games and averaged 3.3 defensive rebounds per game in each of the past two seasons.

The explosiveness and general athleticism displayed by the Quinones in games in Memphis left a little to be desired. An above-average 3-point shooter with good mid-range play, the bulk of Quinones’ scoring opportunities around the basket have come on second-chance points.

Quinones also struggled to create his own shot and struggled with turnovers (career turnover assist ratio of 1.1).

In the right situation and given enough time to grow, Quinones has a chance to become a useful contributor.

His 3-point shooting ability alone is enough to give him a chance in the modern NBA.

Overview of the Barbasol Championship

EDEN CONFIDENTIAL: Lord kicked out of Harrods over paint-splattered jacket and...

The Lesley Gore Archive, Open to All, Arrives at the New...