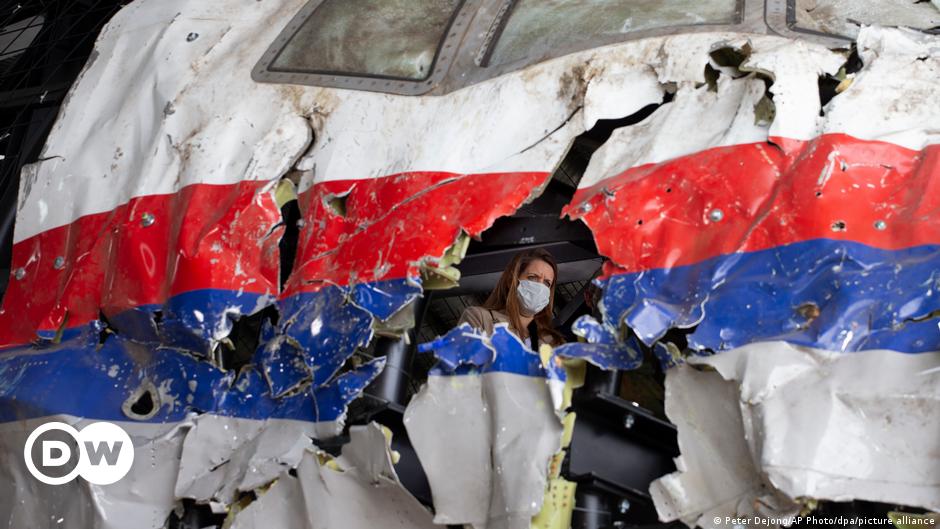 The European Court of Human Rights decided on Wednesday that complaints from Ukraine and the Netherlands against the Russian Federation, relating to activities in disputed eastern Ukraine prior to last year’s large-scale invasion of Russia, should be heard in court.

The decision is a procedural decision that does not speak to the merits of the cases, but only their admissibility. But it does show that the court in Strasbourg believes that Russia can be held liable for human rights violations in the breakaway regions of eastern Ukraine as early as 2014.

Probably the most important part of the case is the complaint from the Netherlands about the shooting down of the commercial airliner Malaysian Airlines Flight MH17 over eastern Ukraine in July 2014. A total of 298 people were killed; 193 of them were Dutch citizens.

What has the court decided?

“The Court ruled, among other things, that areas in Eastern Ukraine held by separatists fell under the jurisdiction of the Russian Federation from May 11, 2014 until at least January 26, 2022,” the Court writes in a press release about the decision. “It referred to the presence in eastern Ukraine of Russian military personnel from April 2014 and the large-scale deployment of Russian troops from August 2014 at the latest.”

Russia had argued that the breakaway regions, identified as the Donetsk People’s Republic (DPR) and the Luhansk People’s Republic (LPR), were at that time under the control of Ukrainian separatist forces. It had flatly denied involvement in attacks in eastern Ukraine — the basis of Ukraine’s court complaints — or the Boeing 777 shot down.

The court found that Russia had “significant influence over the military strategy of the separatists, had supplied weapons and other military equipment to separatists on a significant scale from the early days of the ‘DPR’ and ‘LPR’ and in the following months. and years.”

The court ruled that there was “sufficient evidence to meet the burden of proof at the admissibility stage” for “the majority of the complaints of the Government of Ukraine”.

“Likewise, the evidence threshold for admissibility had been reached with regard to the complaints of the Dutch government,” said the ECtHR.

The case can be heard, but will it have any impact in Russia?

The ECHR is an international court of the Council of Europe, with 46 members and not to be confused with the 27-member EU of which Russia was never a part.

It deals with cases against signatory states of the European Convention on Human Rights accused of violating one or more of the human rights enshrined in the Convention. Individuals, organizations or state governments – as in this case – are all eligible to file complaints under certain circumstances.

Russia was expelled from the Council of Europe last year as part of the international response to the invasion of Ukraine. It has also ceased to be a member of the European Convention on Human Rights. But it was a member for the period at issue in this case.

According to the Council of Europe, “The European Court of Human Rights remains competent to hear requests against Russia regarding acts or omissions until September 16, 2022.”

That said, the question of how Russia reacted to ECtHR rulings against it, if any, had been raised for years. The Council of Europe, in expelling Russia, said that “2,129 [ECHR] judgments and decisions have yet to be fully implemented by Russia and remain pending with the Committee of Ministers.”

Wednesday’s ruling that the region is effectively under Russian jurisdiction could open the door to other cases filed by Ukraine.

The next phase of the investigation at the ECtHR will examine the merits of the cases, and this could take a year or even two.

A separate process in the Netherlands was completed last year

Last November, in a separate trial in the Netherlands, two former Russian intelligence agents and a Ukrainian separatist leader were convicted in absentia for their roles in the plane that was shot down.

Russia rejected the convictions as politically motivated and accordingly summoned the Dutch ambassador.

The chance that convicts will serve their sentences seems small, at least at the moment. If they did, assuming the information suggesting they are in Russia is accurate, they would rely on the authorities in Moscow delivering them.

BREAKING: Police find weapons in the home of the Ogboni leader in Lagos and say they have been looking for him