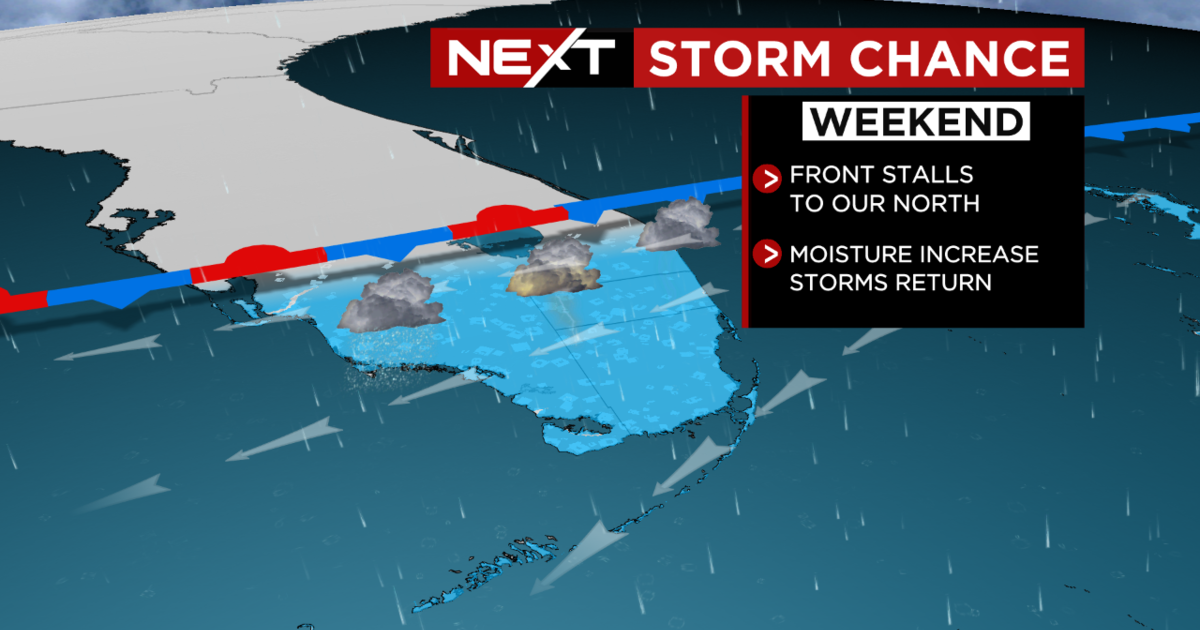 MIAMIA – Expect a blistering, mostly sunny Friday with peaks reaching into the mid-90s.

This weekend, a frontal border in our north will grind to a halt and moisture will return. Saturday and Sunday there is a chance of showers and thunderstorms.

Due to the wetter weather nearby, maximum temperatures will not be as hot and will remain around 90 degrees.

Our weather early to mid next week will all depend on what happens in the tropics. Tropical Depression Nine has formed in the central Caribbean and is moving west-northwest. It is predicted to become Tropical Storm Hermine and eventually is expected to become a hurricane late weekend into early next week.

South Florida is included in the forecast cone from early to mid next week. While there is still some uncertainty about where exactly this will end, everyone in South Florida should have a hurricane plan and supplies ready for now.

As of now, the chances of rain are high on Monday and we may face tropical storm or hurricane on Tuesday and Wednesday, all depending on what happens with Tropical Depression Nine.

Lissette Gonzalez has been the morning and afternoon meteorologist for CBS4 News since 2007. Viewers can watch Lissette’s weather reports on weekday mornings from 5 to 9 a.m. and again at noon.