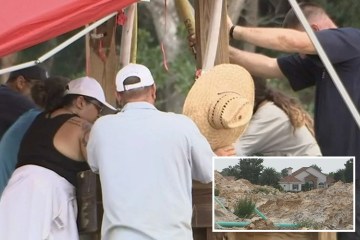 There has been a tragic update on two missing children after a two-year-old was found wandering near the train tracks where his one-year-old brother was found dead.

A parent of the two boys from Ukiah, California reported them missing around 1:20 p.m. on Wednesday.

The two-year-old boy was found alone and “in distress” by the sheriff’s office around 4 p.m. thanks to a tip.

According to authorities, he appeared to be suffering from heat-related symptoms.

About 20 minutes later, the one-year-old brother was found dead on train tracks near where the two-year-old was found. 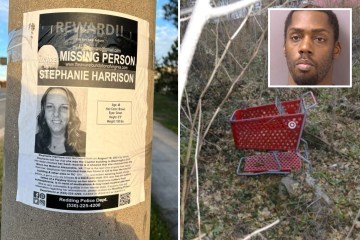 The boys were left in the care of Edward “Two Feathers” Steele, 32, at a nearby motel, according to police.

Steele had since been named as a person of interest in the investigation and is believed to have information about the two boys before police found them, authorities say.

A spokesman for the sheriff said Steele is not the boys’ father, The Mercury News reported.

Police were able to locate Steele and take him into custody after it was believed he evaded them.

Hopland Tribal members contacted police after Steele was spotted at the Hopland Rancheria.

Before the children went missing, police came to a parking lot in Ukiah after receiving a report of domestic violence before dawn.

Police said Steele and a woman he was dating were in the parking lot.

When the woman spoke to police, she said her two children were with a babysitter at a nearby motel.

The woman would later be arrested on suspicion of domestic violence, police said.

According to the The US Express News, Steele was then allegedly taken into custody by the police after the woman was arrested.

Investigators also learned on Wednesday that a man was walking with two young children around 4:50 a.m., who police said were Steele and the boys before they went missing.

Someone notified the police, but by the time they arrived, the three were nowhere to be found.

Police have arrested Steele on suspicion of murder, according to multiple news outlets.

It is unclear at this time if Steele has an attorney to speak for him.

An autopsy on the one-year-old boy was planned, but the cause of death has not yet been confirmed.