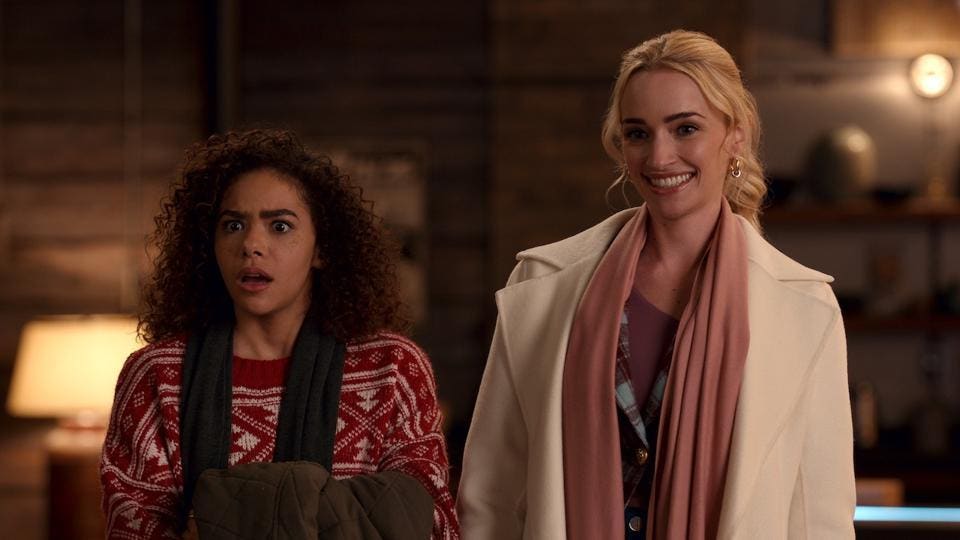 Amid an otherwise very strange interview by Bloomberg with new Netflix co-CEOs Ted Sarandos and Greg Peters, in which Sarandos stated that they had “never canceled a successful show”, there was a bit of positive news about one series in particular , Ginny and Georgia.

No, again, Netflix still hasn’t officially renewed Ginny and Georgia for season 3, which spent just two weeks at #1 on Netflix, only recently dropping to #2 behind That ’90s Show. However, unprompted, Sarandos brought up Ginny and Georgia as a huge success story for Netflix, albeit one primarily in the US. This was his answer to a question about international programming:

“India has an incredible film culture. Look how long it took us to talk about Indian films in America. Or Korean television in America. 60% of our members watched Korean content last year. So it all grows.

Sometimes that includes content that is uniquely interesting to Americans who don’t travel internationally. We now have the show Ginny and Georgia. That is a phenomenal American success.”

So let me be clear that in addition to the performance evidence that was already emerging for Ginny and Georgia to be renewed for Season 3, Netflix’s new co-CEO touting your series as a “phenomenal success” is about as much as a verbal commitment as you get in this industry. Again, Netflix often takes a while to announce renewals for even obviously successful shows, and that seems to be happening here.

Elsewhere in the interview, Sarandos talks about how poorly-watched shows need small budgets to survive on Netflix and that big-budget shows therefore need a lot of viewers. But you know, there’s nothing Netflix likes more than a low-budget show, say one about a beautiful small-town criminal and her daughter, which also draws a lot of viewers. That seems to be what’s going on here, and why Ginny and Georgia have a golden ticket, even though similar female-focused series have met their end time and time again on Netflix.

No, I don’t quite understand why a show like Ginny and Georgia can live indefinitely if an almost identical show like Teenage Bounty Hunters had to die, but that’s the magic of Netflix metric voodoo for you. But it’s getting easier and easier to guess which shows on Netflix are being renewed and which are likely to be cancelled. Some are at stake, like the very expensive Sandman series that got good viewers, but not crazy viewers, and was nearly canceled as a result.

But yes, Season 3 of Ginny and Georgia is underway, it’s only a matter of time before it’s official.