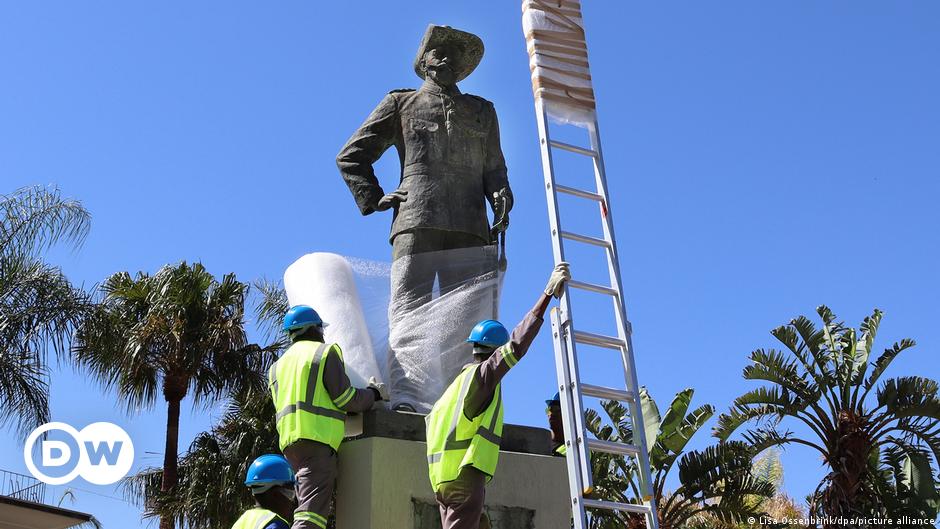 Authorities in the Namibian capital Windhoek removed a statue of a German colonial governor on Wednesday after a campaign to have it removed.

Windhoek city spokesman Harold Akwenya told the German news agency DPA that the statue of Curt von Francois – considered by many to be the founder of the city – would be given to the Independence Museum for safekeeping.

The descendant of François opposes the removal of the statue

The von Francois statue has been standing since 1965. However, in 2020 a petition was started to have it removed – because of what it represents to many Namibians – by activist Hildegard Titus.

Former Windhoek mayor Job Amupanda told DPA the removal of the statue was “the start of a process to decolonize Windhoek”.

However, not all Namibians are happy with the removal of the Von Francois statue. local publication, The Namibianspoke to von Francois’ great-grandson, Ruprecht von Francois, who told the publication that the move was a disregard for von Francois’ legacy and amounted to discrimination against Damara’s history.

Von Francois’s great-grandson said his ancestor was married to his great-grandmother – Amalia ǃGawaxas, who was a Damara princess – and that as the founder of Windhoek he “did a lot for this country”.

Who was von François?

Von Francois was a senior officer in the German colonial forces and, according to colonial history, founded Windhoek in 1890.

In 1893, there were skirmishes between German soldiers sent to protect German settlers and local clans, including the Herero and Nama. Von Francois ordered an attack on Nama Chief Hendrik Witbooi and the village of Hornkranz in which women, children and the elderly were massacred.

The German colonial troops, like others on the African continent, brutally suppressed any attempted revolt. Mass killings took place from 1904 to 1907, and this period of history is now widely accepted as the first genocide of the 20th century.

In May 2021, the German government recognized the atrocities committed against the Herero and Nama as genocide and pledged to spend €1.1 billion ($1.3 billion) over 30 years on infrastructure and development aid.

The aid did not include official reparations. The Herero and Nama leaders derided the payments as “unacceptable”.

Berlin has rejected demands for new negotiations and is pushing for the controversial deal to be implemented.