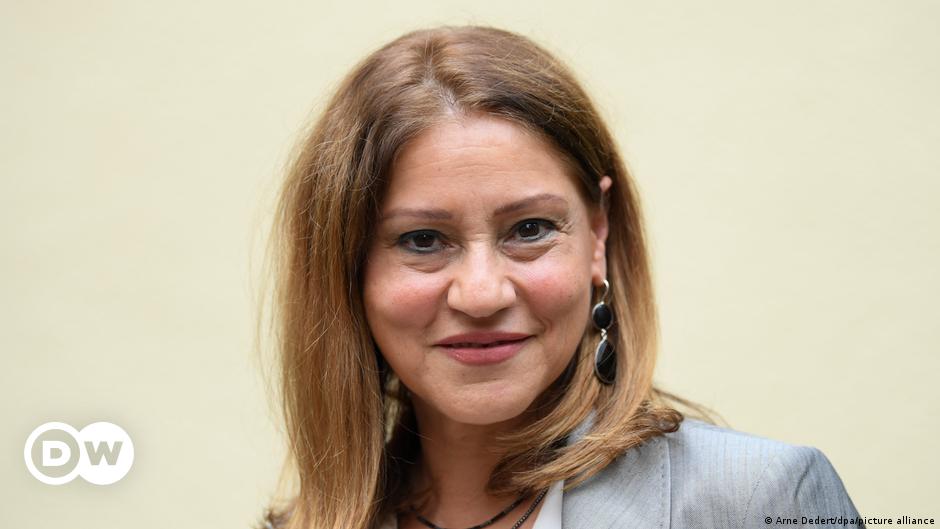 TUSEN: You protested for freedom, democracy and women’s rights in Iran more than 40 years ago. What is on your mind as you follow the protests in Iran today?

Nargess Eskandari-Grünberg: I ​​am sad and angry. Sad about the death of a young woman who was in prison simply because her headscarf was loose. And then he dies in custody. Angry, because women’s rights in Iran continue to be violated and this systematic oppression has intensified in recent years. When women’s rights are violated, human rights are violated, and then there can be no democracy. But I also have hope because so many are now rebelling against the terms. They are concerned about universal rights. There are women who say: you can imprison us, you can beat us, but we will not give up.

Uprising in Iran seen through the eyes of Iranian women

TUSEN: Are the current protests to be separated from the protests you participated in or is there a revolutionary process taking place that has now turned into an avalanche?

Eskandari-Grünberg: Freedom, women’s rights and human rights have been suppressed in Iran for 40 years. The protests then and now are signs of the will of the people to overcome that. The difference is that women have such a strong voice these days. After all, they are half of society. In online videos, Iranian women cut their hair, and women in other countries follow suit in solidarity. That is a very powerful image. They say, if my hair is an unwanted attraction, I’d rather do without it. There are even men who have shaved their hair in solidarity, others who wear a headscarf. I’m sure these images will go down in history.

TUSEN: What role do you assign to social media in relation to the protests in Iran?

Eskandari-Grünberg: Unlike before, these scenes are spreading like wildfire on Twitter. People use the media as a protest, as a powerful weapon. And the regime knows that this weapon is very powerful because the world can see what is happening.

“There is no free media in Iran”

TUSEN: More than 60 journalists are now imprisoned in Iran. Among them are the two journalists Niloofar Hamedi and Elaheh Mohammadi who were the first to report on the death of Jina Mahsa Amini. In a joint statement, more than 500 media representatives in Iran condemned the persecution of Hamedi and Mohammadi and demanded their release. What is the status of the media in Iranian society?

Eskandari-Grünberg: There is no free media in Iran. Newspapers, radio and TV are under regime control. That is why it is even more important that people can communicate and coordinate through social media.

TUSEN: How is the crackdown on journalists and media in Iran being discussed within your party, the Greens, who hold the German Foreign Ministry, and what further consequences will it have?

Eskandari-Grünberg: It took too long, but at least Foreign Minister Baerbock responded with clear messages. I was impressed by her statement that human rights are universal and apply everywhere. We cannot remain indifferent when human rights are ignored in other countries.

TUSEN: What are the implications of international media coverage for the Iranian regime?

Eskandari-Grünberg: International solidarity helps the demonstrators in Iran. I am glad that representatives of all democratic parties support this. I would like to see even more interference from the political side.

Iranians call for regime change during protest in Berlin

TUSEN: In Berlin, more than 80,000 people from large parts of Europe gathered to protest against the regime in Iran. What effect do expressions of solidarity from abroad have on the demonstrators in Iran?

Eskandari-Grünberg: It’s a great help and support. It is good for the demonstrators to know that there is global solidarity.

TUSEN: Citizens are also protesting against the actions of the Iranian regime in other German cities. With you as mayor and now acting head of the city, how do the people of Frankfurt see what is happening in Iran?

Eskandari-Grünberg: People in Frankfurt are also very concerned about Iran. We have had several rallies, including one with 4,000 participants on the Römerberg.

TUSEN: Your daughter Maryam Zarée made a very personal film called Born in Envin about the circumstances of her birth in Envin Prison. It shows what political prisoners, especially women like you at the time, went through there. You didn’t talk about your experiences before the move was announced. What reactions have you encountered since then?

Eskandari-Grünberg: Of course I was very moved by the film. But it is especially important for the second generation of refugees.

TUSEN: “Women, Life, Freedom” is one of the slogans of the protesters in Iran. What political measures are conceivable within the framework of a feminist foreign policy to prevent the regime in Iran from using violence against the civilian population?

Eskandari-Grünberg: Foreign Minister Annalena Baerbock has already called for sanctions against the regime in Iran, but other sanctions should follow. As far as I know, Chancellor Scholz has not yet commented on this, nor has Ursula von der Leyen, the President of the European Commission. I would like to see more clear signals and sanctions here.

TUSEN: How do you feel about the accusation of the opposition in the Bundestag and the criticism that the sanctions imposed by the German government do not provide sufficient leverage?

Eskandari-Grünberg: Both the sanctions and the declarations came very late. And I think there must be others – like putting the Revolutionary Guards on the terror list.

TUSEN: What issues do you think are under-reported in the coverage of the protests?

Eskandari-Grünberg: My request is that journalists do not slacken in their reporting. Consciousness should not diminish. Only then is there a chance that democracy can prevail in Iran.

Nargess Eskandari-Grünberg is Mayor and Acting Senior Mayor of the City of Frankfurt. As a young, pregnant woman, she protested for women’s rights and reforms in Tehran, for which she was arrested by Iran’s mullahs’ regime. Without ever being brought before a judge, she was imprisoned for several years in Tehran’s Evin Prison, where she gave birth to her daughter Maryam Zarée. In 1985, after her release from prison, she fled to Germany with her daughter. She studied and obtained her PhD in psychology. Nargess Eskandari-Grünberg is married to Kurt Grünberg and has two daughters.

This interview was conducted by Jovana Kastratovic.

Bukit Panjang LRT upgrade to be completed in 2026 after delays