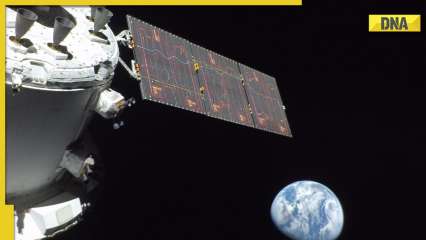 The video was shared on Twitter, along with the caption: “New images of planet Earth by @NASA_Orion as #Artemis I travels to the moon. Orion is 9.5 hours away from a test flight of 25.5 days.” Since uploading, the video has garnered more than 4 lakh views and more than 18,000 likes on Twitter.

Eight cameras are installed on the SLS and sixteen on Orion as part of the Artemis 1 mission’s 24 cameras. The main purpose of these cameras is to help experts capture mission-critical events, such as launch, solar array deployment, and landing, for later analysis. Some of these cameras are carefully positioned to see beyond the spacecraft itself.

NASA’s Sandra Jones stated during a live broadcast on Nov. 16 that “this image of Earth, captured by a human-rated spacecraft, hasn’t been seen since 1972 during the last Apollo mission, some 50 years ago.”

According to the TUSEN, NASA’s Artemis spacecraft successfully landed on the moon after it finally lifted off from Earth last week. The Orion spacecraft has traveled 80 miles above the lunar surface and is about to enter a larger orbit. This effort began at 6:14 p.m. IST and the vehicle lost contact for 34 minutes as it took place on the far side of the moon.

Will Smith reveals Rihanna’s reaction to his new movie Emancipation amid...