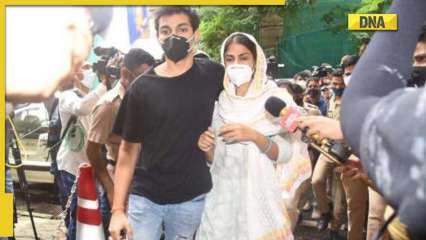 The Narcotics Control Bureau (NCB) on Wednesday filed proposed indictments against actor Rhea Chakraborty, his brother Showik and others in a special court in connection with a drug case related to the death of the Bollywood star Sushant Singh Rajput.

Special Prosecutor Atul Sarpande said the prosecution is maintaining the charges against all defendants, as stated in the indictment filed in court. The prosecution proposed to the court to indict Rhea and Showik for the consumption of narcotics as well as procuring and paying for these substances for the deceased actor Rajput.

Sarpande said the court must formulate charges against all defendants. However, this could not be done as a few of the defendants filed requests for release. The court said the charges would only be made after the discharge applications were decided, he said.

All of the defendants, including Rhea and Showing, were in court on Wednesday. Special Judge VG Raghuwanshi, in charge of cases relating to the Narcotic Drugs and Psychotropic Substances Act (NDPS), released the case for hearing on July 12.

Chakraborty was arrested in this case in September 2020. She was released on bail by the Bombay High Court almost a month after her arrest. Besides Rhea, his brother Showik Chakraborty and several others are also being indicted as defendants in the case for alleged drug use, possession and financing. Most of them are out on bail.

The central agency has been investigating alleged drug use in Bollywood and the television industry following the death of actor Sushant Singh Rajput, 34, who was found hanged in his apartment in the suburb of Bandra on June 14, 2020.

The CBI is investigating the case relating to his death.