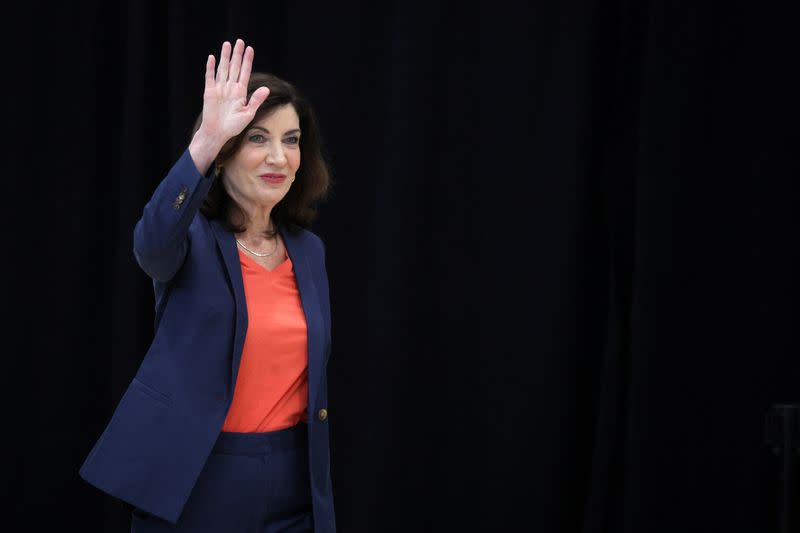 WASHINGTON (Reuters) – New York Governor Kathy Hochul at a news conference on Thursday called the U.S. Supreme Court’s decision on concealed handguns “absolutely shocking” and said that she was “sorry that this dark day has come”.