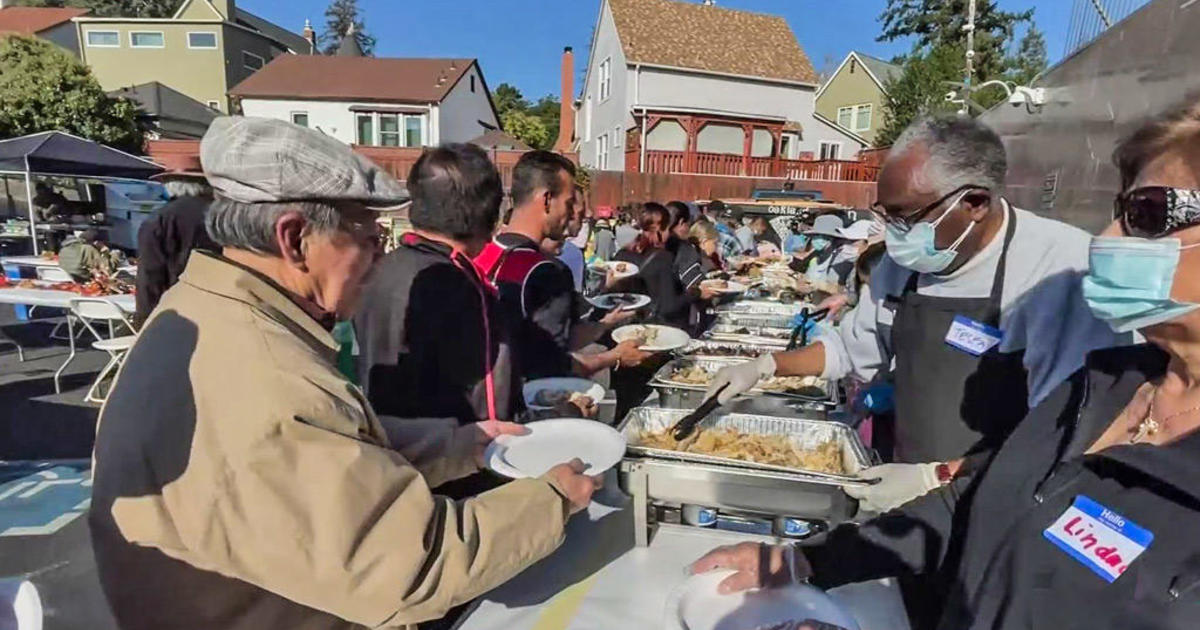 OAKLAND — The Alawdi family continued their tradition of providing a hot Thanksgiving meal for their community in Oakland’s Dimond District for the 20th year on Thursday. The celebration brings people of all backgrounds together for a free dinner showcasing the cuisine of cultures around the world.

“This is a day we give back,” said Farouq Alawdi, one of the owners of 2 Star Market. “The spirit and the atmosphere is there, the sense of community, the spirit of giving.”

Alawdi’s family is originally from Yemen. He saw an opportunity to embrace the teachings of their faith over Thanksgiving in their new home. By taking what they learned and celebrating each year during the holy month of Ramadan, they found a connection to a new tradition they’ve been keeping alive for two decades.

See also  Bidens speaks to soldiers on Thanksgiving: 'You're the best of America'

“It’s part of life man, give back and do what you do,” says Joseph Kearse, a volunteer who volunteered his skills as a professional chef for eight years. “Every year it involves more and more people and more volunteers from all different walks of life – different nationalities, different backgrounds, different religions – and this day brings us all together, which is a beautiful thing.”

People began lining up as a team of volunteers made final preparations in the grocery and liquor store parking lot on Thursday. Those who have tried the food before made it a point to return this year. Dishes from around the world are served along with turkey and traditional Thanksgiving side. In addition to dinner, music and food and clothing donations are available for takeout.

“I look forward to it every year. I actually had to come over this year and ask ‘are you going to do it this year?'” said Wes Clark. After waiting in line and sitting down at one of the communal tables with his dog Jack, he enjoyed a full plate. ‘It is well. It is much.’

The event started as a much smaller gathering with about 50 people in its first year. This Thanksgiving, they have 200 volunteers delivering nearly 1,000 servings.

“It’s a family and community event, everyone is raising someone else,” said Aleja Rambonga, volunteer coordinator who has been part of the team for 10 years.

She leads a team that starts planning as soon as November arrives with food preparations starting the Saturday before Thanksgiving.

The Alawdi family opened their shop in 1985 and remain grateful for the support of their community that has kept them in business. Even in difficult times like the pandemic and personal tragedy like the loss of Farouq’s mother last month, they have continued this celebration.

“We wouldn’t be here without the community,” Alawdi said.

Shawn Chitnis joined the KPIX 5 news team in October 2021 after spending over 6 years at our sister station CBS4 Denver.

A Middle Eastern scholar explains the Iranian morality police and their...

Eskom delays shutting down Koeberg Unit 1 to allow the power...

Dog rescued from septic tank by firefighters in California