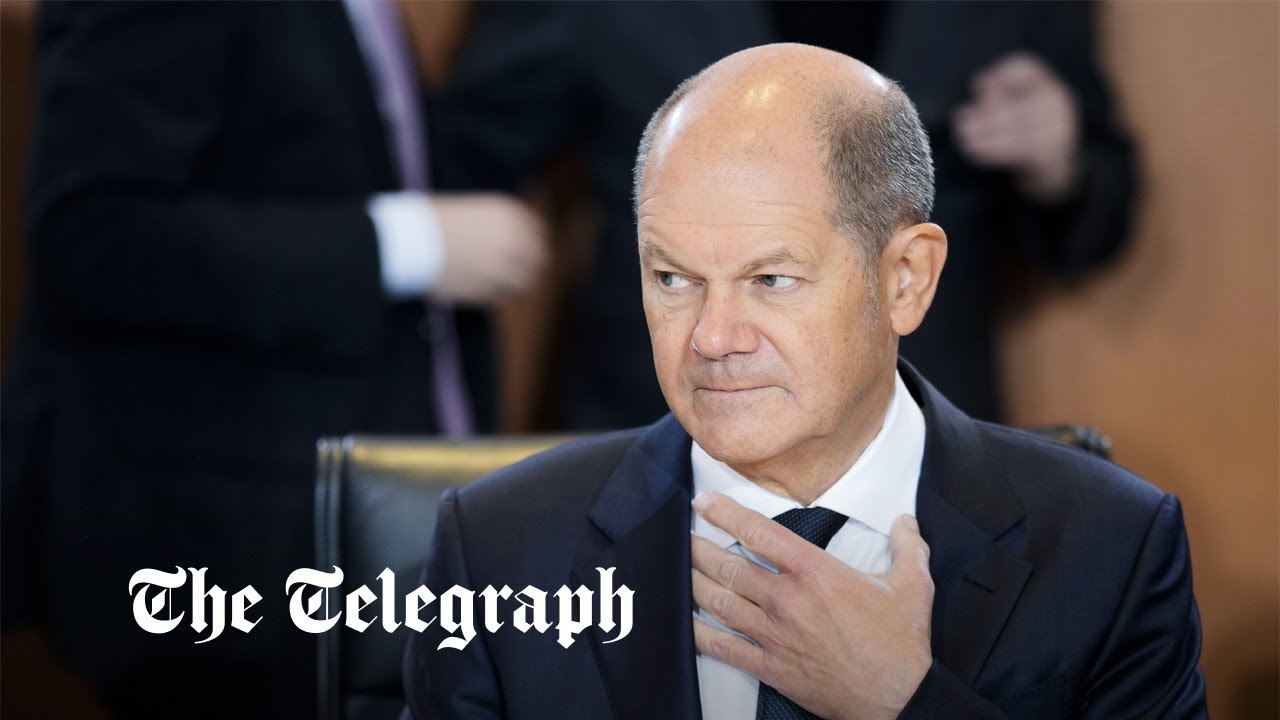 Olaf Scholz insisted he was “right” to delay sending main battle tanks to Ukraine as he finally approved deliveries of state-of-the-art Leopard IIs.

As a first step, Germany will supply 14 Leopards and, after weeks of sustained international pressure, allow European allies to export their German-made tanks into a Western coalition that supplies and maintains them.

German Chancellor Scholz said the goal was to donate two battalions — about 80 tanks in all — to Kyiv, fulfilling a demand first made by Ukraine shortly after the Russian invasion.

In addressing the German parliament, Scholz vowed never to change his prudent approach if it meant risking war with Russia. have been waiting for international cooperation.

“It is right never to go it alone, but to always deliver these weapons in close consultation with the partners.

“Not far from Berlin, a war is taking place against a great country. We want to prevent an escalation of this war so that it does not become a war between Russia and NATO.”

On Wednesday morning, Norway, the Netherlands and Spain said they were ready to join Poland, Finland and Portugal in deploying Leopard IIs from their armies. Denmark and Sweden are also considering sending tanks to Ukraine.

Mr. Scholz had refused to give the go-ahead for the Leopards until Washington promised to send M1-Abrams tanks as well. The US promised at least 30 Abrams on Tuesday, breaking a deadlock that threatened to damage Germany’s standing with its allies.

The chancellor told parliament that Germany would do “whatever it takes” to support Ukraine, while listing Berlin’s previous deliveries of armored vehicles and air defense equipment and admitting that the decision to send Leopard IIs took it to another level.

The move ends a taboo among Western allies, who had previously supplied primarily defensive weapons to Kiev. Although Ukraine’s supporters have supplied tanks before, these were more Soviet models than modern Western ones.

Zelensky said he was “sincerely grateful” to the chancellor for his “important and timely decisions”.

At the end of a 10-minute speech, Mr. Scholz begged the Germans to trust him. Recent polls have shown that public opinion in a country painfully aware of its wartime past is divided on whether or not to send tanks.

“Please trust me, trust the federal government,” he said. “Because we work closely together internationally, we ensure that this support is possible without putting our country at risk. This is why we do it this way and we will continue to do so.”

Marie-Agnes Strack-Zimmermann, a member of the FDP, one of Mr Scholz’s allies, and the chairman of the parliamentary defense committee, said the “tough” but “inevitable” decision was “a relief for a battered and brave Ukraine”. .

But both the hard-right Alternative for Germany and the left-wing party warned that it risked unleashing a third world war.

Rishi Sunak, the prime minister, said it was “the right decision by NATO allies and friends to send main battle tanks to Ukraine. In addition to Challenger IIs, they will bolster Ukraine’s defensive firepower.

Pressure on Scholz had increased earlier this week when Poland formally asked Germany to allow it to send Leopard II tanks from Polish stocks after efforts to break the deadlock failed last week at a conference at Ramstein Air Base.

Warsaw said it was ready to send up to 14 of its tanks and threatened to deliver them without Berlin’s export license if necessary. Following Mr Scholz’s announcement, Mateusz Morawiecki, the Polish prime minister, said the chancellor had taken “a big step to stop Russia”.

Spain would join the European coalition, El Pais reported, and would be willing to send 10 of its Leopard IIs. Portugal is ready to commit to four and Norway is considering sending eight, reports said.

Analysts say an estimated 300 tanks are needed to prevent Russia from advancing in Donetsk, Luhansk and Zaporizhzhia provinces and to launch a counter-offensive in the country’s southeast.

The Kremlin called the deal between Germany and the US a “rather disastrous plan”. Dmitry Peskov, a Kremlin spokesman, said: “These tanks will burn down like any other, except they cost a lot and it will fall on the shoulders of European taxpayers.”

The post Olaf Scholz: It was right to delay sending tanks to Ukraine appeared first on The Telegraph.