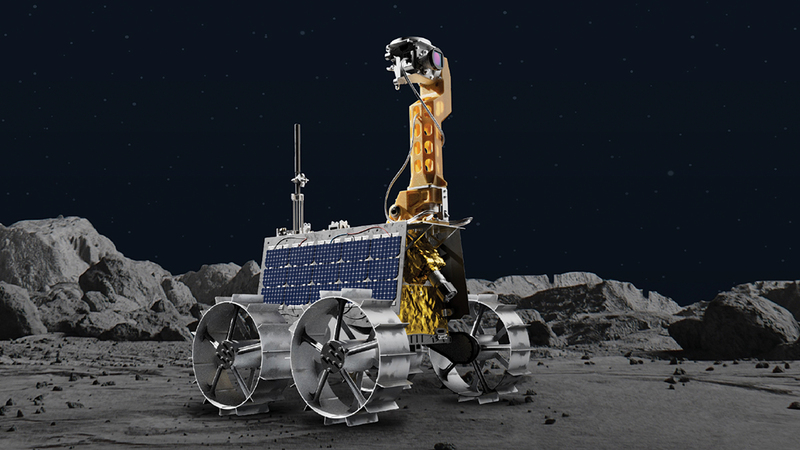 On the 30th of this month, the Mohammed bin Rashid Space Center approved a new date for the launch of the Emirates Lunar Exploration Project (Explorer Rashid), to the surface of the moon, at 12:39 pm UAE time (03:39 am EST).

The center stated that the launch vehicle, which was placed on board the lander, will begin to launch towards Complex No. 40 at Cape Canaveral Space Base, Florida, United States, in cooperation with the partners “SpaceX” and “iSpace”.

He pointed out that the spacecraft on board the lander will take a low-energy path to the moon, instead of a direct approach, which means that the landing will take about five months after launch, meaning that it will take place in April 2023.

The explorer Rashid is characterized by a number of advantages and technical specifications of high quality and efficiency, as it was provided with six devices, including a high-resolution camera for taking pictures, a microscopic camera, a thermal imaging camera, a Langmuir sensor to measure the temperature and density of electronics and the plasma ionization voltage, in addition to a unit for measuring the moment of inertia. Self-tracking motion navigator, 3D camera.

The explorer will work by relying on solar panels, and the thermal imaging camera equipped with the explorer will provide an image that helps to know the characteristics of the lunar surface soil, the sizes of its grains, and other new information.

He will move to new sites that have not been studied before, to study the plasma on the surface of the moon, where he will collect data and take rare pictures, amounting to about 10 gigabytes, and then send them to the ground control station at the Mohammed bin Rashid Space Center in Dubai.

The scientific tests conducted by the explorer Rashid during his mission on the surface of the moon will contribute to qualitative developments in the fields of science, technology, communication technologies and robotics, while the positive impact of these developments is not limited to the space exploration sector only, but also extends to many other sectors, such as the technological industries sector. Telecom sector and other related sectors.

The moon is considered the fifth largest moon in our solar system, and it is 385,000 km away from Earth. It has a thin layer of the atmosphere called the “exosphere”, and the most prominent components of its surface are silicon, aluminum, iron, oxygen, calcium, titanium and magnesium.

MPs ‘touched up’ and bullied the clerks of the House of Commons, says Chris Bryant

House ‘shuddered’ as minor earthquake near Tofino, BC | TUSEN news