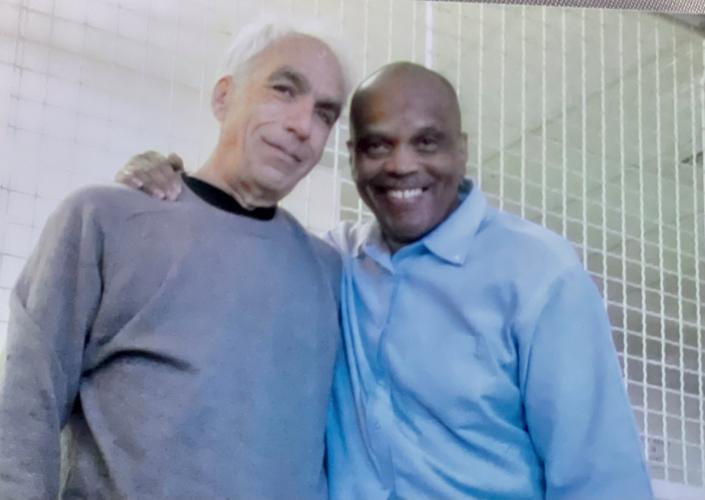 The first time I met Jarvis Jay Masters, we sat on opposite sides of a stained glass wall in a room full of convicted murderers at California’s San Quentin State Prison.

It is not an environment conducive to building trust. Encouraged by one of his friends and supporters, I had come to see Masters, who she said was innocent of the crime that had put him on death row. I approached the meeting with the skepticism of a journalist. I knew that Masters was an award-winning author and had converted to Buddhism. Yet many guilty inmates and prison writers claim their innocence, say they have found God and gained followers beyond prison walls.

We talked for an hour and a half on a tinny prison phone. Masters was open, serious, attentive and funny. However, charm does not equate to innocence. After a guard signaled that the visit was over and led Masters away, I left the cellblock and pondered the encounter.

Flawed process amounted to a second tragedy of injustice

I considered writing about Masters, but first I wanted to find out the truth about his case. When I researched it, I understood why his supporters so fervently pursued his release and release. The crime he was convicted of was terrible, but I came to the same conclusion as his lawyers: He had nothing to do with it.

From prosecutorial misconduct to false testimony and questionable evidence, his trial was so flawed that it amounted to a second tragedy, compounding that of the original crime.

Trust in justice system: The electoral law is not only a matter of voting rights, but also a matter of public safety

Powers of Prosecutors: Plea negotiations and mass incarceration go hand in hand. We must end both.

In 1985, inmates murdered a San Quentin prison guard, Sgt. Howell “Hal” Burchfield. Three men were convicted, including the prisoner who ordered the murder and the one who stabbed the officer. Masters, charged with manufacturing the murder weapon, was also convicted. However, the other two men were sentenced to life imprisonment, while only Masters received the death penalty.

I learned that critical evidence of Masters’s innocence was withheld from the jury, including the fact that a man fitting the primary eyewitness description had confessed to Masters’ alleged role.

The prosecution’s three key witnesses later admitted to testifying against Masters in exchange for clemency in their own cases and recanted their testimony. In fact, any witness with firsthand knowledge of the plan to kill Sgt. Burchfield admitted that Masters was not involved.

At a hearing I attended in 2011, a California judge acknowledged that false testimony was likely given at Masters’ original trial, yet rejected the witnesses’ recantations, arguing that they lacked credibility. Astoundingly, these then-inmates were deemed credible enough to convict Masters – at a time when they were incentivized to lie – but not credible enough to exonerate him when they had nothing left to gain.

After a thorough research, I decided to write about Masters and returned to San Quentin for hundreds of interviews with him. I learned that his Buddhist faith was neither superficial nor feigned; he channeled it forever inside and outside the prison walls, working with fellow inmates and prison guards and encouraging them to find nonviolent ways to resolve conflict.

I also learned how Masters chronicled his painful childhood of poverty and abuse, the crimes he committed as a youth, his incarceration and finding faith. His books and articles, which have been taught in schools, have earned him readers and followers all over the world.

‘I’m much older since the war’: Our Ukrainian friends’ first Thanksgiving is bittersweet

The horror of Iran feels far away: It’s not. We must stand up for human rights.

One was the Buddhist nun and popular author Pema Chodron, who became his Buddhist teacher.

Another was Oprah Winfrey, who singled out his memoir “That Bird Has My Wings: The Autobiography of an Innocent Man on Death Row” as her book club pick in September and has proclaimed that she believes Masters is innocent.

Masters has been on death row for more than three decades, including 22 years in solitary confinement. He is awaiting a federal court decision on his habeas petition. That is, every day a federal judge will rule on an appeal that could ultimately exonerate him.

Every day Masters being held in a 9-by-4-foot cell for a crime he didn’t commit is even more wrong. Even Sgt. Burchfield’s son Jeremiah has publicly stated, “Justice for Jarvis is justice for my father too, the right people need that responsibility.”

Opinion Alerts: Get columns from your favorite columnists + expert analysis of top issues delivered straight to your device through the USA TODAY app. Don’t have the app? Download it for free from your app store.

The story of Masters is that of one innocent man, but it is not the story of one person. Too many innocent people languish behind bars. A Justice Department-funded study estimates wrongful conviction rates as high as 11.6% — or more than 230,000 of the nearly 2 million people held in US prisons and prisons.

And research by the National Academy of Sciences showed that 4% of people on U.S. death row are there because of “wrong convictions.”

Defendants who can appeal their convictions are forced to fight against a broken system that can take years and, in some cases, decades of filings, motions, and hearings.

If we as a society cannot recognize these cases of wrongful convictions and correct them in a timely manner, our so-called criminal justice system perpetuates injustice and harms individuals, families and communities.

Freeing Jarvis Masters is a start.

David Sheff is the author of the bestselling book “Beautiful Boy: A Father’s Journey Through His Son’s Addiction” and, most recently, “The Buddhist on Death Row: How One Man Found Light in the Darkest Place.” Follow him on Twitter: @david_sheff

More about policing in the US:

‘Meet them where they are’: Safe injection sites protect drug users

Who needs to know?: Small businesses object because the federal government is invading Americans’ privacy

This column is part of a USA TODAY Opinion series on police accountability and building safer communities. The project began exploring qualified immunity in 2021 and will continue in 2022 to explore different ways to improve law enforcement. The project is made possible in part by a grant from Stand Together, which provides no editorial input.

On the Opinions front page on Twitter, you can read a variety of opinions from our board of contributors and other writers @usatodayopinion and in our daily Opinion newsletter. To respond to a column, send a comment to [email protected]