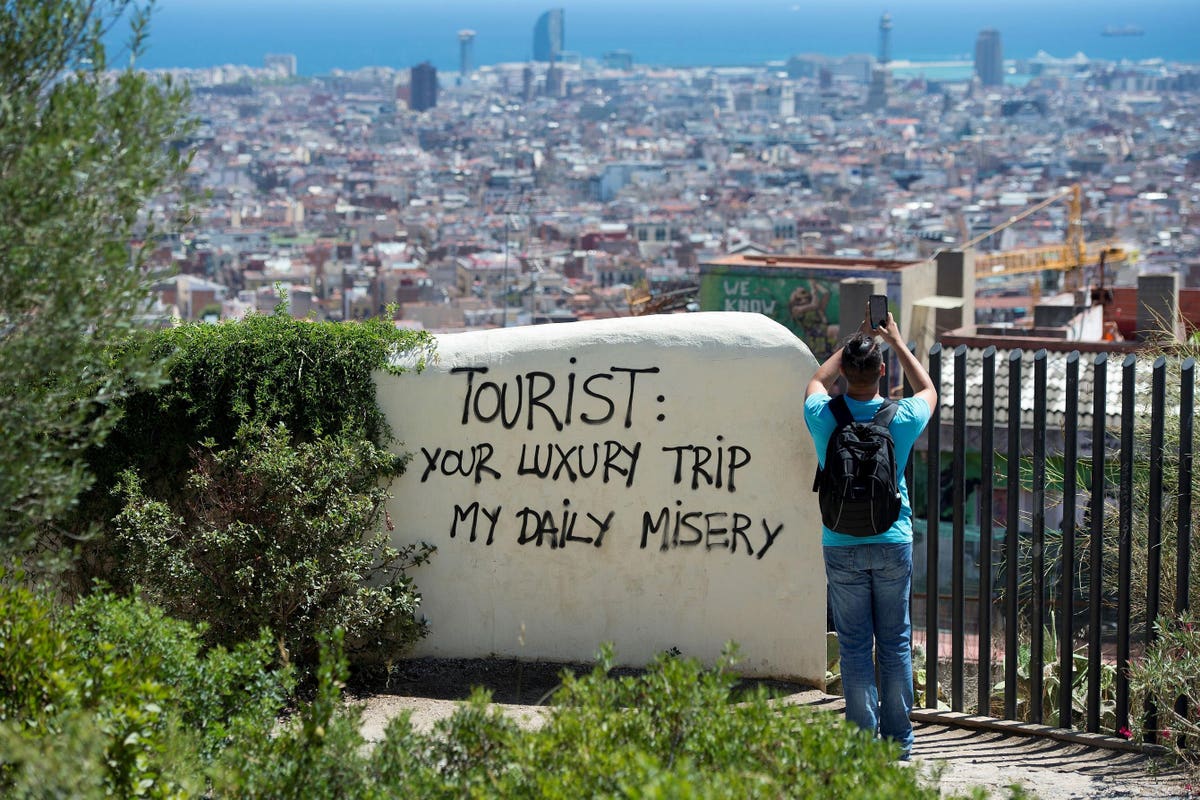 Utah has a problem. It has three of the fastest growing cities in the US and horribly, for a state ravaged by drought, its per capita water consumption is the highest in the US (the water is one of the cheapest for businesses and residents of the US). country). As thousands of tourists visit Zion National Park and the surrounding area every year, the state is reaching a crisis point.

It is a well-known situation that is repeated all over the world. Different areas have different problems, but climate change is making everything worse. In Utah it is tourists and the arrival of new residents. In other areas, it’s digital nomads who are pushing the pressure. Words like tourism phobia and overtourism invade our lexicon and places are looking for interesting ways to deal with them – many say quotas are the answer.

Overtourism – a ‘problem’ since the mid-19th century

Tourism has always been a bit of a push and pull. Communities welcome tourists to stimulate the local economy and tourists spend money and experience local places and customs that are different from their own. But it’s a careful balance that can be easily upset.

Jean-Christophe Gay, scientific director of the Institute of Tourism on the Côte d’Azur, explains how some have always viewed tourism with suspicion:

Nostalgia also plays a big part. We often feel that places were better before the arrival of mass tourism, which we are usually a part of. It’s a problem that has been with us for a while.

Are travelers better than tourists?

There has long been a snobbish distinction between the tourist, who follows trends and the industry, and the traveler, someone who finds his own way with a clear conscience (and is presumably more environmentally friendly). Travelers coming from cruise ships are seen as grosser and more devastating to a local area than those traveling there alone.

But it doesn’t always follow that just because mass tourism changes a place that it changes it for the worse, or in ways that we don’t like. The popularity of seaside resorts along the Côte d’Azur, despite being denigrated for being too touristy, is testament to how eager we are to be with the crowds, too.

As part of society can now work anywhere, governments are increasingly trying to entice these workers to live and work in their country. It’s considered a win-win because they don’t take jobs that the locals might have – digital nomad visas require holders to have long-term freelance work contracts – and they have enough money to spend in the local economy.

But these working relationships cause problems for the local population. Rachael Woldoff and Robert Litchfield, authors of Digital nomads: seeking freedom, community and meaningful work in the new economyargue that these nomads in fact pose a number of disadvantages to local communities.

These short-term tourists (known in New Jersey pejoratively as: shoobiesand bules in Bali) are seen as a burden to an overburdened environment and a threat to sustainability – developers are quick to scramble to accommodate these new wealthier visitors. Holes in the wall become chic cafes. Cheap apartments become expensive rental properties. Before long an inequality arises between the old and the new population, the demographics change completely, as is the case from Tremé in New Orleans to Mexico City. As reported in The conversation“their purchasing power increases costs and displaces residents, while traditional businesses give way to businesses that cater to their tastes.”

Perhaps the answer to overtourism is tourist quotas?

Quotas have often worked to limit the number of people or vehicles in certain areas. The congestion charge in London is a good example of this. And it could be true that similar quotas could hold back tourism in the grueling fight against climate change in the future.

Similarly, Venice plans to introduce an entrance fee of up to €10 depending on the season on January 16, 2023, with access controlled via QR codes.

Where to find the best hotel burgers in the country

Women and girls lead protests in Iran, but others join from...