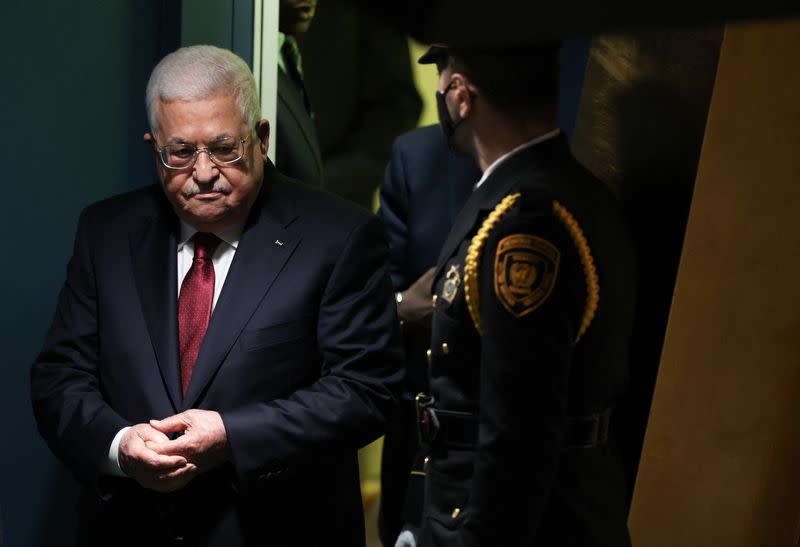 JERUSALEM (Reuters) – Palestinian President Mahmoud Abbas said Israeli Prime Minister Yair Lapid’s call for a two-state solution was a “positive development” but said the evidence would be an immediate return to negotiations.

“The real test of the credibility and seriousness of this stance is that the Israeli government will immediately return to the negotiating table,” he told the UN General Assembly, in a speech that largely criticized Israel’s occupation of the Palestinian territories.

Attempts to reach a two-state agreement, in which an Israeli and a Palestinian state coexist, have long stalled.

Palestinians and human rights groups say Israel has entrenched its control over the occupied Palestinian territories through its military rule over millions of Palestinians and continued settlement construction.

See also  House of the Dragon Episode 6 Review: This spectacular series now has a monster to match

Lapid’s mention of a two-state formula was the first in years by an Israeli leader on the United Nations stage and echoed US President Joe Biden’s support in Israel in August for the long-dormant proposal.

Lapid spoke less than six weeks before a Nov. 1 election that could bring right-wing former Prime Minister Benjamin Netanyahu, a long-standing opponent of the two-state solution, to power.

(Reporting by Henriette Chacar in Jerusalem, Ali Sawafta in Ramallah and Nidal al-Mughrabi in Gaza; editing by James Mackenzie and Catherine Evans)