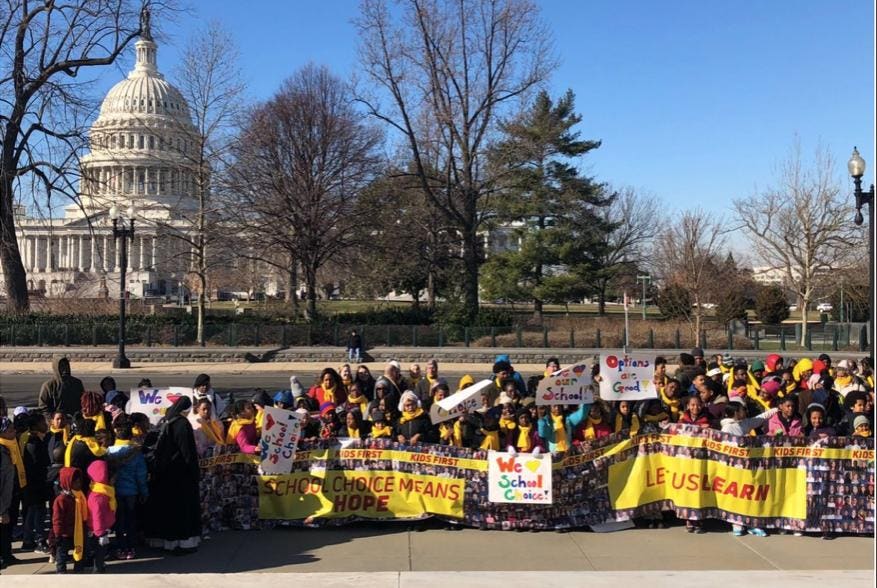 Liberals and conservatives both tend to equate the “school choice” movement, or the broader push to expand families’ educational opportunities beyond traditional district-run public schools, with the political right. They’re wrong.

Celebrate with the idea that the political right firmly supports choice, while liberal bastions like Minnesota and the District of Columbia (both of which rank in the top 10 on the Index) oppose choice.

As we will showcase again next month when we reveal the winner of the million dollar Yass Prize for Transforming Education by 2022, the most prestigious award in preK-12 education, are those who embrace choice and opportunity there in every flavor and color. There are recent immigrants and members of families who have called colonial-era America home. There are Democrats, Republicans, Progressives and Conservatives. There are straightforward public school inspectors and there are dreamers, entrepreneurs and experimenters.

What they all have in common is a drive to see children succeed in school, even in some cases if that means redefining what a “school” is. And to make sure learning happens, they’ve all made innovative changes to their existing curricula or created new approaches to learning.

In short, there is no ideology involved: only the desire to provide families with the widest possible range of educational options for their children so that they can find one that works – because the current system is not working for many, as the recent National Assessment of Education progress test results reconfirmed.

The family address, income level, or level of academic achievement of the child should not limit that family’s access to educational opportunities. Better schools are created when parents have power. Parents have power when states are open and transparent about their policies and provide parents with the necessary information, authority and funding to exercise greater control over their children’s education.

After the pandemic-related school closures, lockdowns and other disruptions, parents, teachers and students all want more freedom and flexibility in education. During the pandemic, it became clear that children perform best when the “system” is flexible, responsive to their individual needs, and provides them with educational options that enable them to succeed.

The NAEP reading and math tests, administered this year by nearly half a million fourth and eighth graders across the country, have proven that business as usual is a formula for failure.

Even US Secretary of Education Miguel Cardona described the test results as “appalling” and “unacceptable”. At the very least, as I wrote after the scores were made public on Oct. 24, they are evidence of “academic malnutrition,” if not malpractice.

Parents demand change and they have every right to it. The Parent Power Index, which we have published annually since 1999, ranks states based on multiple factors that measure how many parents are allowed in each state to make critical decisions that affect their children’s education.

Parents are fed up. They see their states and communities spending record amounts — more than $20,000 per student per year in many districts — and they don’t see commensurate results. Not when two-thirds of fourth- and eighth-grade students can’t read well, as shown by NAEP tests.

Parents should not accept such horrible results. And political leaders must empower them. That’s what the Parent Power! Index and the Yass Prize competition are about: Exploring the many ways children can be educated beyond traditionally run schools (micro-schools, online, on-the-ground, education savings accounts, scholarship programs, project-based, and more) and showing education providers that doing good.

Parent involvement is, of course, crucial. More studies than I can count have shown that parents who regularly read to their preschoolers will have children who are successful readers. But the involvement does not stop when the children go to school.

In fact, that’s when parental power kicks in; when parents, regardless of their income level and postal code, are allowed to choose the school their child attends.

Fifth Sun: A New History of the Aztecs by Camilla Townsend – Review