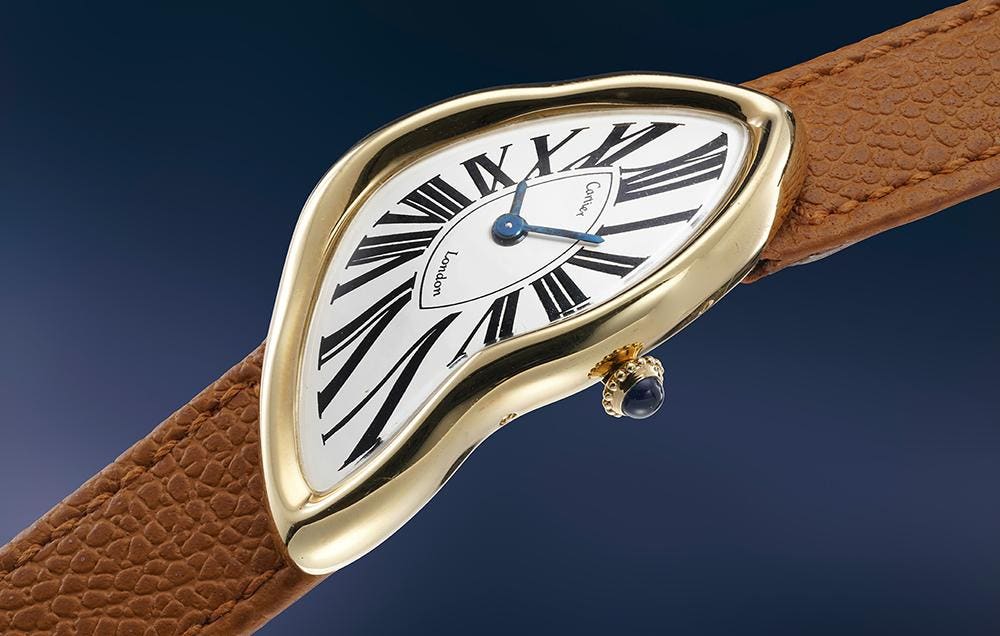 December’s watch auctions in New York City have everything you can’t buy at retail this fall: a Paul Newman Rolex Daytona with a lemon-colored dial (Sotheby’s); an original Cartier London Crash (Phillips); and a Patek Philippe 5711/1A (Christie’s). In fact, most of the lots are from limited series or have been discontinued centuries ago, and many are appearing at auction for the first time.

The Sotheby’s The December 9 Important Watches sale is led by a Paul Newman “Lemon” Rolex Daytona, reference 6264. It is one of only a dozen lemon-dial versions of the exotic reference known to exist. This one, first up for auction, was owned by “a distinguished international diplomat,” according to Sotheby’s ($700,000-1,400,000 estimated).

Sotheby’s also offers a rare yellow gold Patek Philippe World Time ref. 605 cloisonné enamel central dial with a map of North America, sent by the family of the original owner, a World War II veteran who became a major American industrialist. It was made in 1948.

The December 10 New York watch auction Seven by Phillips in Association with Bacs & Russo is led by the only known Patek Philippe ref. 2499 perpetual calendar chronograph double signed by US retailer Howes. The legendary 2499 is the successor to the ref. 1518, Patek’s first serial production chronograph with perpetual calendar. Both are very rare. This one was made in 1973. (estimated $400,000 – $800,000).

The sale also includes a rare George Daniels 35th Anniversary watch, celebrating the 35th anniversary of Daniels’ invention of the coaxial escapement. It is one of only 35 versions of this reference made in yellow gold. Phillips sold another one at his Geneva auction last month for $694,455 (estimated $400.-$1 million).

The top plot in the Christies December 8 auction from Important Watches in New York is a rare Patek Philippe made in 1950 with a cloisonné enamel dial. The 18k rose gold case is 33mm which makes it an ideal size for a woman. the dial depicts a boat swinging in a stormy sea, with a fire-breathing dragon as the ship’s figurehead (estimated $200,000 – $400,000). Christie’s also sells a rare 18k yellow gold Nautilus reference 3700 with diamond setting on the wide outer ring, made in 1980. It is an extremely rare piece (estimated $230,000-$330,000). Finally, there’s a lot from one of today’s hottest independent brands, Richard Mille. The reference RM67-02, “Alexander Zverev” piece is number 297 of 497 pieces made in tribute to the great tennis ($180,000-$350,000). The sale includes a collection of Patek Philippe references from a single owner, sold by Tiffany & Co.

This charming California coastal community is a cool culinary destination