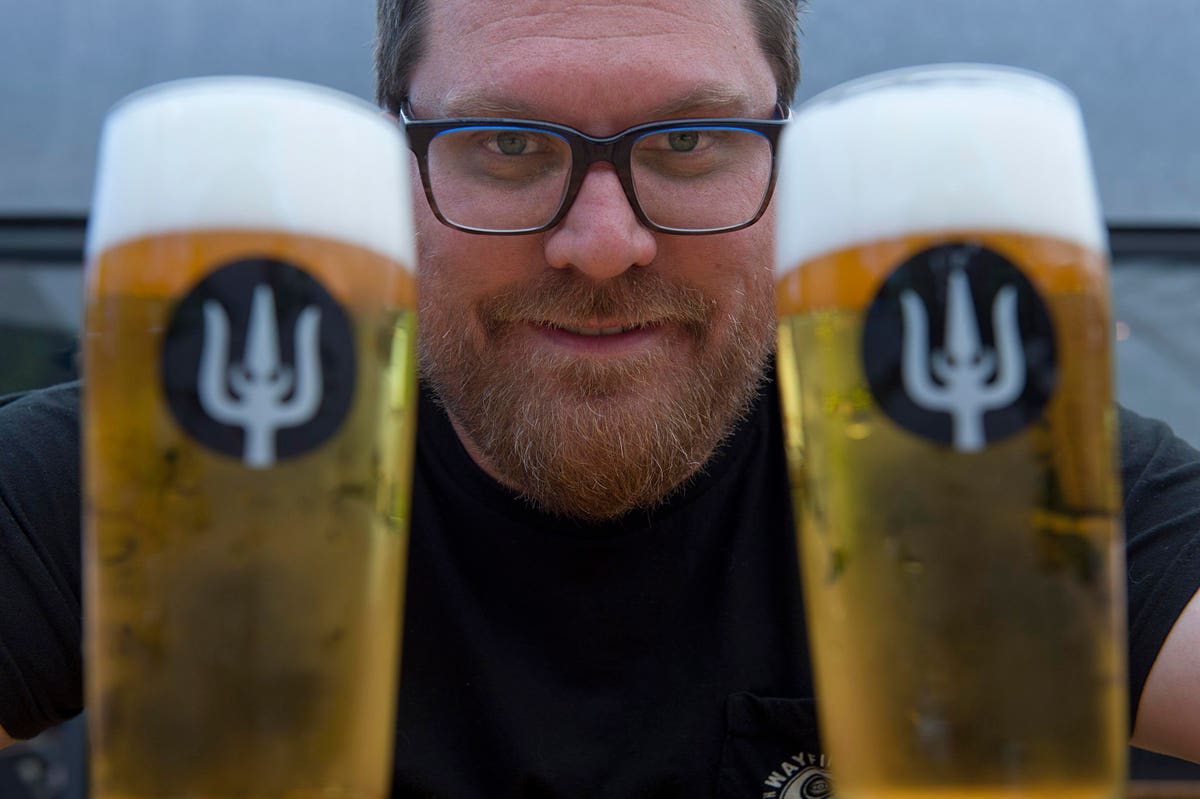 Kevin Davey isn’t shy about calling himself the father of the cold IPA.

“I came up with the term, envisioned the style, brewed the first and put it on a label,” said Davey, the brewmaster of the lager-focused Wayfinder Beer in Portland, Oregon. “Sure, I’ll take the title.”

Davey’s first cold IPA, Relapse, was brewed in 2018 and has been renamed Original Cold IPA. It differs from a hazy New England IPA and a more traditional West Coast IPA.

“Cold IPA differs from New England IPA mainly in that it uses a very high amount of fermentable additives – such as corn or rice, which lighten the body – as opposed to non-fermentable additives, such as wheat flakes, oats or maltodextrin, which help the body” , he says. “Like West Coast IPA, it is aggressively bitter and strong in alcohol — over 7%. But, unlike West Coast IPA, it uses no caramel malts and a cleaner yeast profile.”

The taste of a cold IPA is cleaner and crunchier than a West Coast IPA and has less caramel flavor, Davey says.

Some beer experts argue that cold IPA is not a new style, but rather a new marketing strategy for an IPL (India pale lager). Davey and other cold IPA brewers say they’re wrong.

“God forbid a lager brewer comes up with a new style!” exclaims Davey. “I think a lot of people had our cold IPA, trying to knock off and not interpreting well. Then everyone just thinks it’s an IPL. It looks, smells and tastes different from an IPL.”

“A cold IPA is everything an IPL wanted to be,” says Pfriem. “When IPLs were popular, they were usually brewed from a brewer’s perspective. Many brewers took their IPA recipes and just threw lager yeast at them. The result was typically a far cry from traditional lager brewing. The genius of cold IPA is that it is from a lager brewer’s perspective, it should be brewed like a traditional lager and not a beer.”

Two Colorado breweries, Joyride Brewing and Westbound & Down, teamed up on a cold IPA last year and named it Too Cold for Texas. Dave Bergen, Joyride’s co-founder, understands why some think it’s an IPL.

“The cynic in me appreciates the thought that a cold IPA is a rebranded IPL, especially since IPLs are relatively rare and great examples are even rarer,” Bergen says. “But I do think they are different. In general, IPLs are lager yeast IPAs. Cold IPAs emphasize crunch, using mostly lager malt, maybe a dash of corn or rice to dry it out, or maybe even a hefty dose of dextrose. Are they worlds apart? No, but I think they contrast enough to justify the different nomenclatures.”

A cold IPA “drinks differently than an IPL and a West Coast IPA,” said Jan Chodkowski, the lead brewer at Our Mutual Friend Brewing Company in Denver, which released Dream Burner, its first cold IPA, in March. “It has the fruity, piney and citrusy aromas of a west coast, but the drinkability of a pilsner.”

WeldWerks Brewing Company in Greeley, Colorado released Chill, its first cold IPA, last year and re-released it on July 29. It was 7% ABV and brewed with citra, El Dorado and strata hops.

The beer is “far from an IPL,” says Skip Schwartz, the head brewer. To make Chill, WeldWerks ferments two beers, one with an ale and one with a lager, and then spins both in a temperature-controlled tank.

Denver’s Strange Craft Beer Company also teamed up on a cold IPA with Westbound & Down last year. Tim Myers of Strange Craft, the head brewer and co-owner, compares the taste of a cold IPA and a West Coast IPA.

“When I think of West Coast IPA, my first impression is the intense, lingering bitterness of the hops,” Myers says. “I usually feel it in the back of my palate and often taste the bitterness in the back of my throat long after I finish the pint. The hop aroma is also intense. Cold IPAs should also have an intense hop aroma and taste, but usually a much lower hop bitterness. The malt characteristic will most likely be lighter than a large West Coast IPA.”

Jameson Arnett, the manager of brewery operations at Denver’s Station 26 Brewing Co., suggests foods that go best with cold IPAs. Station 26 teamed up on its first cold IPA with nearby New Image Brewing last year, naming the beer RE: Your Car’s Extended Warranty.

“Cold IPAs tend to be light and crisp on the palate with a prominent forward hop aroma,” Arnett says. “For me, that combination goes well with aromatic herbs, fatty foods, mild cheeses or fresh vegetables. With that in mind, the age-old combination of pizza and beer is always a winner. Fried foods go really well – samosas are my personal favorite combination – and anything with ginger, sesame or curry gets my thumbs up.”

Joyride’s Bergen has a few other suggestions — even dessert.

“A burger with a fair amount of toppings would make a great combination,” he says. “The beer is bitter enough to cut through the fat, while the dryness helps clear the palate and prepare you for the next bite. Other foods include bratwurst, fried chicken sandwiches, and carrot cake.”

10 Typical Credit Card Mistakes (and How to Avoid Them)

Five International Women Designers You Should Get To Know

Discover how this French artist turned her illness into art