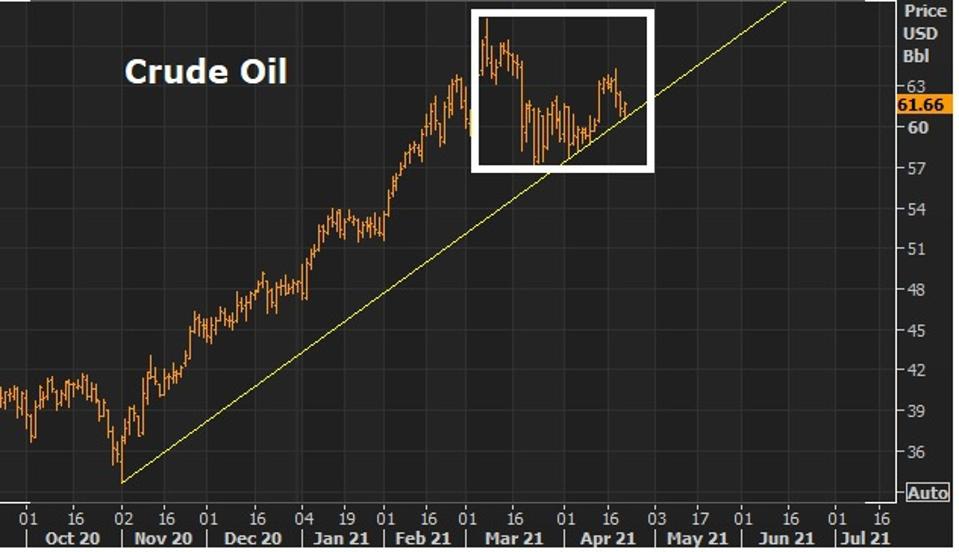 For the economy as a whole, first quarter growth was 6.4%. And the second quarter projects north of 13% GDP growth.

With this story unfolding, we finally see cracks in the Fed’s inflation denial campaign.

The Dallas Fed chairman said today that it would make sense to start discussing how he would go about cutting QE. So what, Yellen (Former Fed Chairman and now Treasury Secretary) spoke out of school, saying “interest rates will have to rise a bit to make sure our economy doesn’t overheat. “

Wow! This combo punch is good enough to hit the stock market. And it did.

But don’t worry, the return will follow. Already, Yellen has appeared on the schedule to stand alongside the White House press secretary for Friday’s press conference.

Why will this admission by policymakers to the obvious inflationary forces that are seen and felt all around us be rejected?

Because the administration still has $ 4 trillion in spending programs to get through Congress. And Congress has used the excuse to support more overspending, saying Fed experts don’t see the risks of inflation.

Live update: As of this writing, Yellen has already backed down, saying that she doesn’t think there will be an inflation problem.

A few weeks ago, Biden hosted the virtual climate summit in the presence of more than 30 world leaders. We looked at the crude oil chart after Biden said, “I see workers cap hundreds and thousands of oil and gas wells” across the country.

As we discussed, despite the intent of the message – to promote / telegraph the shift to ‘clean energy’ – this was more likely to be a catalyst for higher oil prices, as they can reduce supply, but the demand will not disappear at any time. soon.

Indeed, here is a preview of the graph of my note of April 22, after the first day of the Climate Summit …

Crude oil is up 7% from this Climate Summit catalyst. And now a new catalyst has entered: the prospect of war.

Just when you thought it couldn’t get more chaotic, with frenzied political guidance in Washington, the Chinese threat has become a focal point.

The Sydney Morning Herald in Australia made headlines today citing a general saying: “War with China is likely.” The US media have officially made an about-face on China, with a NY Times headline “Is there a war between China and the United States? And 60 minutes interviewed the secretary of state on Sunday night where he spoke harshly about China. All of this in the space of a few days. Add to that, G7 foreign ministers are meeting in the UK, where relations with China have been at the center of attention.

So, with the specter of a showdown with China, expect the movement of commodities to shift to another speed, especially oil prices.