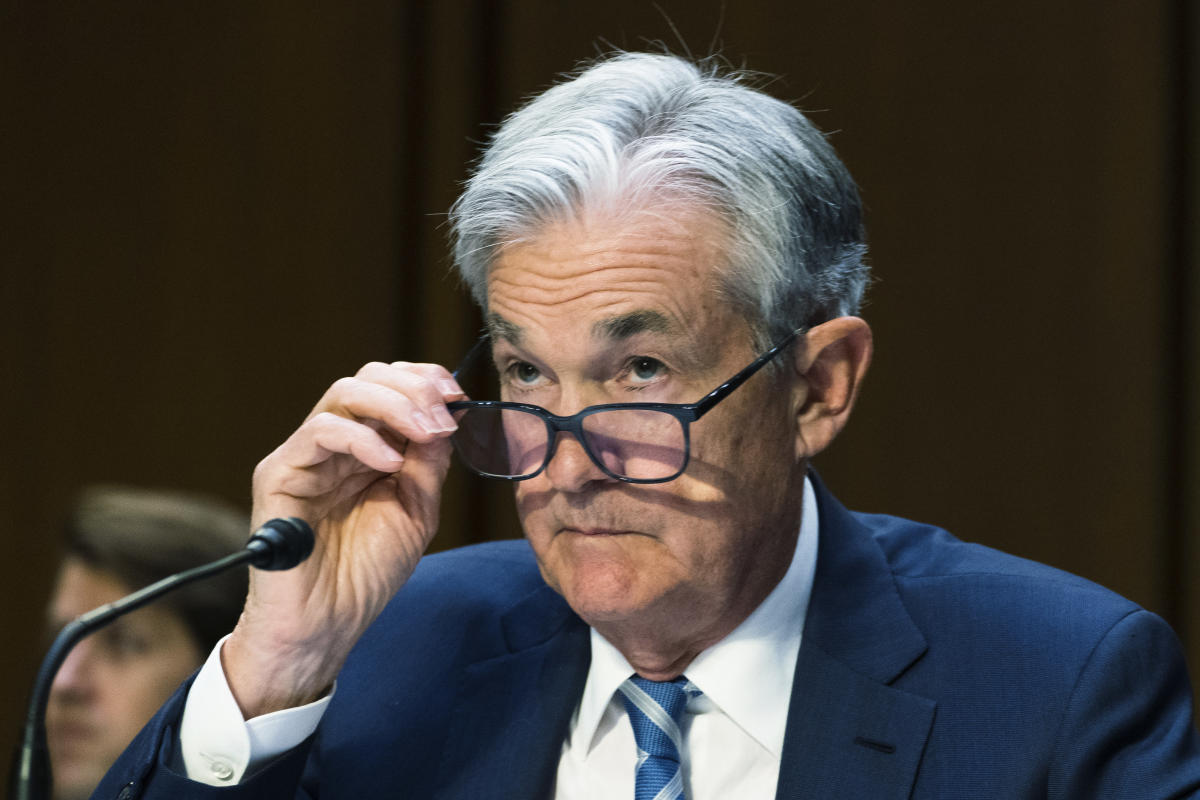 WASHINGTON (TUSEN) — Federal Reserve Chairman Jerome Powell on Wednesday sought to reassure the public that the Fed would raise interest rates high enough and fast enough to rein in inflation, without tightening credit at the point of strangling the economy and triggering a recession.

Testifying before the Senate Banking Committee, Powell faced skeptical questions from members of both parties about the Fed’s ability to control inflation, which has become the top concern of Americans ahead of the congressional election.

Democrats have questioned whether the Fed’s accelerated rate hikes will succeed in curbing inflation or could instead just tip the economy into a slowdown. Several Republicans have accused Powell’s Fed of moving too slowly to start raising rates and must now accelerate its hikes and endanger the economy.

While the Fed’s main objective now is to reduce inflation, Powell pointed out, he still hopes to achieve what he called a “soft landing” – lower inflation and slower growth. without triggering a recession and high unemployment.

“I don’t think we need to cause a recession,” Powell said during the first of two days of testimony as part of the Fed’s semiannual report to Congress. “But we think it’s absolutely essential to restore price stability, really for the benefit of the labor market as much as anything else.”

He said the pace of future rate hikes will depend on whether — and how quickly — inflation begins to decline, which the Fed will assess on a “meeting-by-meeting” basis.

The acceleration in the pace of central bank rate hikes – it started with a quarter-point hike in its short-term policy rate in March, then a half-point hike in May, then three-quarters of a point last week – alarmed investors and led to steep declines in financial markets.

Powell’s testimony comes exactly a week after the Fed announced its three-quarter point hike, its largest hike in nearly three decades, in a range of 1.5% to 1.75%. With inflation at a 40-year high, Fed policymakers are also forecasting a faster pace of rate hikes this year and next than they forecast three months ago, with its key rate hitting 3, 8% by the end of 2023. That would be its highest level in 15 years.

Concerns are growing that the Fed will eventually tighten credit to the point of triggering a recession. This week, Goldman Sachs put the probability of a recession at 30% over the next year and 48% over the next two years.

A senior Republican Banking Committee official, Sen. Thom Tillis of North Carolina, on Wednesday accused Powell of taking too long to raise rates, saying the Fed hikes are “long overdue” and that his rate short-term benchmark should go much higher.

“The Fed has largely locked itself into a menu of purely reactive policy measures,” Tillis said.

Tillis, like many Republicans, also accused President Joe Biden’s $1.9 trillion financial stimulus package, approved in March 2021, of being excessively large and exacerbating inflation. Many economists agree that the extra spending contributed to higher prices by amplifying demand even as supply chains were hampered by COVID-related shutdowns and labor shortages drove up wages. Inflationary pressures were further aggravated by Russia’s invasion of Ukraine.

Biden is expected on Wednesday to ask Congress to suspend U.S. gasoline and diesel taxes to lessen the impact of high fuel prices, which average nearly $5 a gallon. Many economists are skeptical that consumers will see any benefits from a tax holiday on the 18.4 cents per gallon gas tax.

Public concern over inflation has weakened Biden’s approval ratings and increased the likelihood of Democratic losses in November. While taking some steps to try to lessen the burden of inflation, the President underscored his belief that the ability to curb inflation rests primarily with the Fed.

At Wednesday’s hearing, Sen. Elizabeth Warren, a Democrat from Massachusetts, challenged Powell’s rate hike plans and asked if they would cut gasoline or food prices, some of the driving forces behind them. more important than inflation. Powell acknowledged that they would not.

Warren said Biden’s efforts to fight inflation, like trying to clean up clogged supply chains and increasing the use of antitrust rules to break up monopolies, would more effectively combat rising prices.

Fed rate hikes, however, can only dampen demand, which will increase unemployment and weaken growth, Warren said.

“You know what’s worse than high inflation with low unemployment? she asked. “High inflation and a recession with millions out of work.”

See also  The Debate - Confronting the colonial past: what are the stakes of the Belgian king's visit to DR Congo?

“I hope you think about that before you knock the US economy off a cliff,” Warren added.

At a press conference last week, Powell suggested that a half- or three-quarter-point rate hike would be considered at the Fed’s next meeting in late July. Either would exceed the Fed’s quarter-point hikes that have been typical in the past, and they reflect the central bank’s struggle to rein in high inflation as quickly as possible.

In projections they released last week, Fed officials forecast that while the economy will slow sharply this year and next, it will continue to grow. They also project, however, that the unemployment rate will rise by half a percentage point by 2024, a rise that economists say could lead to a recession.

Powell also said Wednesday that the Fed still sees no sign of a significant slowdown in inflation, even though some price measures, excluding gasoline and food, have slowed slightly over the past four months. month.

Still no arrests, two months after North West’s father was shot dead in front of his wife and baby