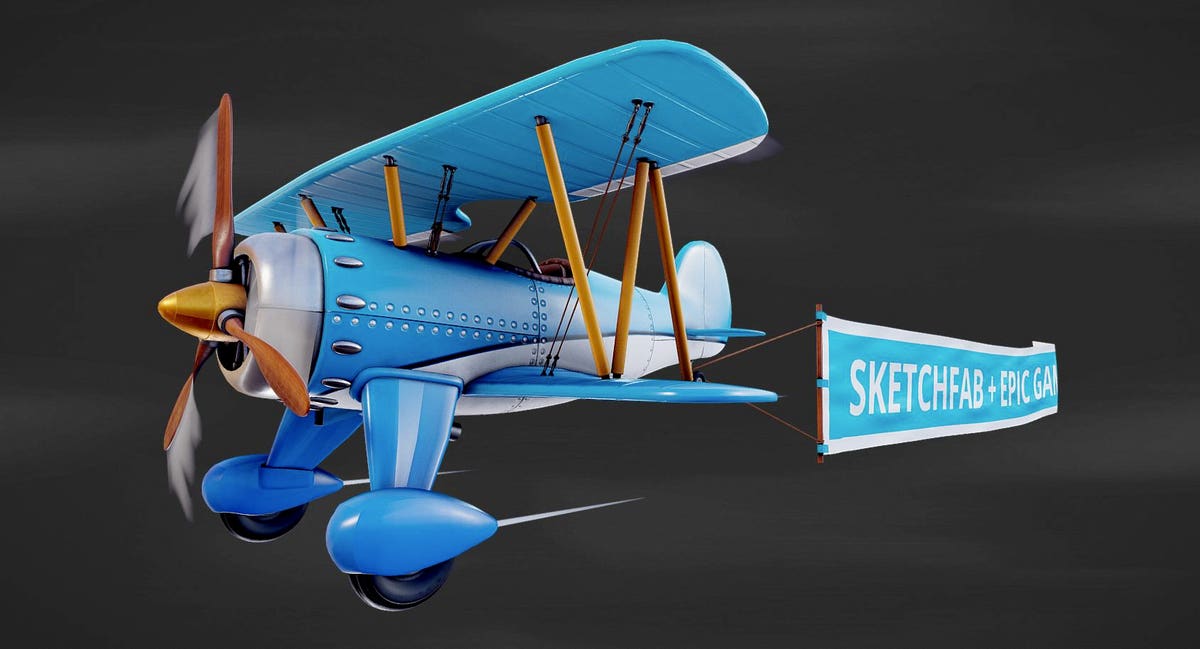 Building an open and interconnected metaverse.

“By joining forces, Epic and Sketchfab will be able to make 3D, AR and VR content more accessible and grow the ecosystem of creators, who are essential to an open and interconnected metaverse,” Epic said today in an announcement.

It’s a major evolution of augmented reality, virtual reality, and 3D content at a time when gaming and productivity are moving more and more towards three-dimensional spaces. This includes both games played on two-dimensional screens as well as games and experiences activated in virtual and augmented reality glasses or headsets. Everyone has a voracious hunger for 3D objects to place in environments and gameplay, and Sketchfab is arguably the world’s largest repository and marketplace for AR and VR content.

“The Sketchfab team has done an incredible job opening up the world of 3D content to the web and allowing anyone to edit and publish content online,” said Marc Petit, vice president and general manager of Unreal Engine, in a press release. “As the adoption of real-time 3D technology continues to grow, the demand for web solutions will only increase. We’re excited to be working with the Sketchfab team to empower even more creators. “

On Sketchfab, 3D content creators can download and sell their scans of real world objects. Some earn more than $ 1,000 / month selling their scans, founder and CEO Alban Denoyel told me in December 2020.

One of them was even hired by Tesla and tasked with 3D scanning all new Tesla models.

The site has more than four million 3D assets, the ad says, while Sketchfab’s website says it has more than five million users and eight million regular monthly visitors.

One of Epic’s first moves?

Make the lower level of Sketchfab free and transfer all paying users to higher capacity accounts. And reducing Sketchfab’s Marketplace Fee to 12% so creators can get more out of their art and designs.

According to Epic, Sketchfab will continue to operate in a free and open manner with everyone, although it is now owned by Epic.

“Going forward, we will continue to enable all integrations in place with Sketchfab technology, and ensure that the company’s offerings remain compatible with each of the different tools and platforms they support,” the company said. “This includes the full support of Unity and other engines. Sketchfab will continue to operate as an independent brand service while working closely with the Unreal Engine team. “

However, this acquisition places Epic’s Unreal engine in an enviable position to have privileged access to 3D models for its customers, which means customers will be able to easily incorporate millions of objects into their games and environments and render them. richer, more real, and more varied. As we move closer to an AR and VR compatible metaverse that increasingly integrates our gaming, social, and professional activities, it becomes more and more important.

It will be interesting to see if Epic’s competitors like Unity, which makes a very popular game engine that is a rival of Epic Unreal Engine, or if platform owners like Apple or Google kick in. tires during defensive acquisitions.

How to get your free beidou in Genshin Impact, live today

Durban man turns loss and grief into hope as he raises...