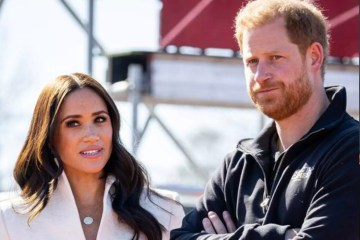 PRINCE Harry could turn to US authorities for extra security after he bragged about killing 25 Taliban fighters while serving in Afghanistan.

The Duke of Sussex, 38, was widely on the agenda for making the startling remarks in his new memoir Spare, which some said put him at greater risk of an attack.

Former CIA counter-terrorism officer Bruce Riedel has told the US Sun that Harry may be able to apply for official protection in America if he is more concerned about his safety.

Mr Riedel, who spent 30 years with the CIA and now serves as a senior fellow for the Brookings Institution think tank, said: “As a distinguished foreign guest, Harry can advocate for security protection.

“Some ambassadors receive special protection. It would help if the British government got involved.

“He took a risk in his statement about killing 25 Taliban, but it is not a big risk. 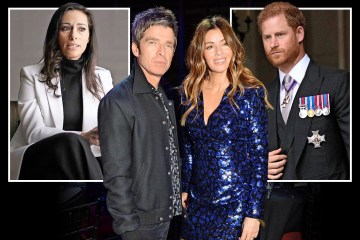 “The Taliban have no international reach and certainly not in the United States.

“In twenty years of war with America, they have never operated in the US.

Harry’s security arrangements have been a point of controversy ever since he and his wife Meghan, now 41, decided to retire as working royals and leave the UK in 2020.

Harry has said the royal family cut off money for his security protection in the first quarter of 2020 and used his inheritance from his mother Diana instead.

The couple went first to Canada, where the Royal Canadian Mounted Police was obligated to provide them with security, as they continued to be recognized as internationally protected persons until they ceased to be active royals on March 31 of that year.

When Harry, Meghan and their young son Archie moved to California in March, President Donald Trump noted that the US government would not pay for their safety.

The Sussexes responded by saying that at the time they had “no plans to ask the US government for security resources”.

Last year Harry was allowed to file a lawsuit in Britain against the British Home Office and London’s Metropolitan Police over his safety in the UK.

He wants a review of the decision not to allow him to pay for police protection for himself and his family while visiting from the US.

In November last year, the outgoing Assistant Commissioner of the Metropolitan Police, Neil Basu, said Meghan had been the victim of multiple “disgusting” threats against her life in the UK.

Asked if they were credible, Basu told Channel 4 News: “Absolutely, and if you’d seen the stuff that was written and you’d receive it… the kind of rhetoric that’s online, if you don’t know what I know, you would you would feel threatened all the time.”

He added: “We had teams looking into it. People have been prosecuted for those threats.”

The US Sun previously reported how retired military officer Colonel Richard Kemp said Harry’s comments in the memoir betrayed comrades he fought with and that he berated the prince for saying he didn’t see his Taliban victims as human beings.

He said: “He is suggesting that the British Army is training people, including himself, not to see the enemy as human beings, which is far from the truth.

“The military is extremely careful to distinguish between innocent civilians and combatants on the battlefield.”

Colonel Tim Collins, known for a pre-battle speech he gave in Iraq, said Harry’s behavior “is not how we behave in the military”.

He told Forces News: “Harry has now turned against the other family, the military, who once hugged him and destroyed his biological family.

“One of his claims is the claim that he killed 25 people in Afghanistan.

“He left the side very down. We do not make notches on the butt of the rifle. We never did.’

Harry’s memoir Spare has broken records and has become the fastest-selling non-fiction book ever with more than 1.4 million English-language copies sold across all formats since its January 10 publication.

He served in the British Army for 10 years, rising to the rank of Captain and serving two tours in Afghanistan.

In the book, Harry revealed that he knew exactly how many enemy combatants he had killed and felt it was vital not to shy away from the number.

He wrote: “So my number: twenty-five. It was not a number that gave me satisfaction.

“But it wasn’t a song I was ashamed of either.

The US Sun has reached out to the Sussexes for comment.