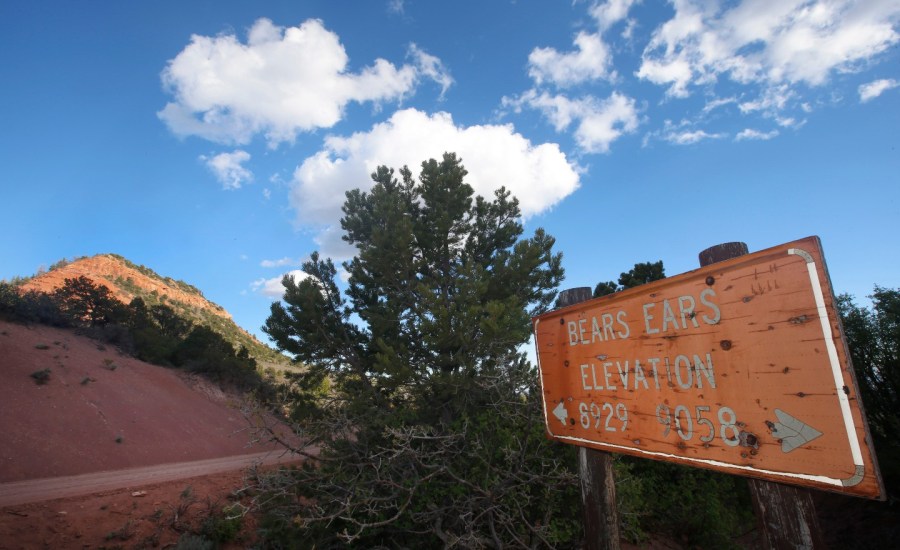 In addition to protecting nearly 54,000 acres of Colorado wilderness landscapes, the new national memorial commemorates the men of the U.S. Army’s 10th Mountain Division who trained in the mountains and valleys to defeat the Axis Power in World War II and win freedom from fascism. to defend. This honor is well deserved.

Designating Camp Hale-Continental Divide National Monument and restoring the boundaries of Bears Ears and Grand Staircase-Escalante National Monuments continues a trend of designating places that protect not only public lands and bodies of water, but also history, legacies and cultures of the people who have administered these lands and called them home. Over the past two decades, presidents from both parties have designated nearly two dozen new national monuments that specifically honor or commemorate both landscapes and people, including Fort Monroe, César E. Chávez, and Río Grande del Norte National Monuments.

This is important for two reasons. First, it shows that protected landscapes are not isolated places separated from people – they have been shaped by previous generations and will support future generations. And secondly, by designating more historical and cultural national monuments, we can tell the full story of this country.

For too long, the stories we’ve emphasized with public lands and national monuments have been limited, leaving out many of those whose lives and experiences have shaped these treasured landscapes – indigenous peoples and tribes, African Americans, women, and many others. Currently, less than a quarter of national parks and monuments are dedicated to or recognize diverse peoples and cultures. At the same time, decades of stereotypes and discrimination have convinced some that nature and the outdoors are primarily – or even exclusively – the domain of the wealthy white man. Nothing could be further from the truth. In the depths of the Great Depression, 200,000 African Americans served in the Civilian Conservation Corps, restoring the nation’s natural resources. Indigenous peoples shaped the landscapes of this land that can still be felt today. By protecting more of these landscapes, we can expand on those stories and honor the Indigenous, Black, Latino, veterans and other peoples who have left their mark on public lands and waters.

In addition, creating new national parks and monuments that represent different histories — the true history of the United States — would not only honor those histories, but also make the outdoor spaces more welcoming to people of different backgrounds. National parks were officially segregated, like much of American society, well into the 20th century, and the possibility of violence against people of color venturing to these places was very real. To this day, black, indigenous, and other people of color make up only a fraction of visitors to national parks and public lands. Honoring additional landscapes not only highlights our nation’s fullest and most complete history, but it can also help make these places more welcoming to those who have been historically excluded or see themselves unrepresented on the public lands we now have.

See also  Deputies: Mims man shot man on moped twice in the back during night chase

In addition, protecting more land and water can help us tackle the climate crisis. Scientists agree that by 2030, we need to protect at least 30 percent of all land and water in the US from development or degradation if we are to successfully address the climate crisis. This means that we will have to protect more landscapes in the next ten years than in the last century. Each newly designated national monument moves us closer to achieving that goal, creates more opportunities for people to connect with nature and participate in the outdoor recreation economy, and spreads the physical and mental health benefits of nature, such as clean air and water.

Establishing national monuments ensures that our public lands are part of the climate solution, rather than feeding it, by ensuring that these lands are protected from harmful oil and gas leases. Drilling on public lands destroys millions of hectares of nature, contributes to an increasing number of climate disasters and causes a quarter of our greenhouse gas emissions. In the wake of increasingly devastating hurricanes, wildfires and heat waves, we’ve seen these impacts felt most heavily in lower-income and communities of color, which often have the least access to nature. We need to work to protect more land and green spaces and to break down the barriers that prevent people from entering these places so that they can enjoy the benefits of nature.

Now that the election is over, the US-Israel relationship is facing new tests.

President Biden can now take action to designate more national monuments. In Nevada, Indigenous activists are calling for the designation of Avi Kwa Ame, an ancient Indigenous site with spiritual significance to multiple tribes. Racial justice groups set up sites in Springfield, Illinois on the occasion of the white mob attack on black residents in 1908 that prompted the creation of the NAACP. And just outside of El Paso, multiple groups are working to protect Castner Range, honoring the veterans who served at nearby Fort Bliss and commemorating the region’s rich Hispanic cultural heritage.

The story of public lands continues and each new designated National Monument adds a new chapter. Each new site fills the pages with the legacies of those who have gone before and shaped these landscapes. It is our duty to preserve those legacies and tell those stories for the next generation.

Chris Hill is the senior director of Sierra Club’s Our Wild America campaign. She is the first black woman to lead Sierra Club’s legacy campaign on the outdoors and land, water, and wildlife in its history. She has a background in law, community organizing and partnerships and more than a decade of experience advocating for the protection of communities and the natural world.