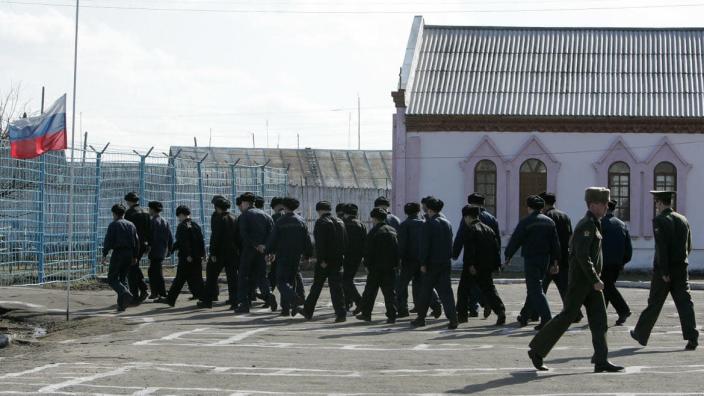 A sanctioned Russian businessman and close ally of Putin with ties to the infamous Wagner group has reportedly personally visited Russian prisons and recruited detainees to join the fighting in Ukraine.

That is according to new reporting published Saturday by independent media agency Mediazona, which interviewed two prisoners held in different facilities in different regions of Russia. In recent weeks, numerous reports have emerged of Wagner’s alleged newfound recruitment drive, with the private Russian armed forces ostensibly trying to support Russian forces depleted by heavy casualties in the nearly six-month-long war.

But this appears to be the first time Yevgeny Prigozhin, commonly known as “Putin’s chief,” has personally appealed to prisoners.

“They are especially interested in murderers and robbers, they treat the drug addicts wary, the same with the rapists. It’s better, he said, that they’re not regular killers, just calculated killers — you’ll like it with us, he said. He generally gave the impression of a maniac,” an unnamed prisoner told Mediazona.

The inmate further noted that there appeared to be no compulsion to participate, although “very many” did apply, he said, estimating that at least 200 inmates eagerly accepted the offer.

Inmates were reportedly offered a free pardon and a salary in return for their services, with the man identified as Prigozhin promising they only had a 15 percent chance of dying, a figure reportedly based on an “experimental” deployment of prisoners. earlier in July.

During an alleged visit by Prigozhin to a penal colony in Rybinsk, in the Yaroslavl region, on August 1, the prisoners were told that “World War III” was underway and that they were given the opportunity to fight for their homeland, according to the account told by an inmate to Mediazona.

“My boys go to African countries and in two days they leave nothing alive there, and now they are destroying enemies in Ukraine too. Your decision to serve in the [private military company] is a deal with the devil. If you leave here with me, you will either return a free man or you will die. You have to kill enemies and follow the commands of the leadership. Those who withdraw will be shot on the spot,” a prisoner quoted Prigozhin as saying.

A prisoner in a penal colony in Plavsk, in the Tula region, told mediazona inmates received a visit from Prigozhin on July 25 in which he allegedly said: “I have special authority from the president, I don’t give a fuck, I have to win this damn war at all costs.”

After the visits, during which Prigozhin was allegedly accompanied by other Wagner representatives, the use of telephones by prisoners was reportedly blocked. And according to a friend of one of the prisoners in Plavsk, Wagner’s representatives said they would be back in two or three months for another visit if the first wave of recruits “run out”.

Several human rights groups have also reported on Wagner’s alleged recruitment drive, including Russian Sidyashaya, who said both inmates and their families have talked about Wagner’s rapprochement, and Gulagu.net, a human rights group that monitors the conditions of prisoners in Russian penal colonies.

Vladimir Osechkin, the founder of the human rights group Gulagu.net, recently wrote on Facebook that a prisoner in a high-security facility had spoken about Putin’s friend Prigozhin arriving by helicopter in late July and convincing about 150 prisoners to join the war. .

The man identified by inmates as Prigozhin reportedly tried to deal with them by noting that he had served jail time himself, Mediazona said.

According to TUSEN outlet Verstka, which has also closely followed the alleged Wagner recruitment drive, the group of mercenaries recruited more than 1,000 prisoners in 17 different penal colonies across Russia.

Prigozhin, long accused by Western officials and investigative journalists of financing Wagner, has denied having any ties to the paramilitary force, a shadowy group that has left a long trail of war crime charges in Ukraine, Syria and the Central African Republic. Republic.

In a statement to Verstka about Wagner’s alleged recruitment drive for the war in Ukraine, the press office of Prigozhin’s company Concord Management reportedly returned comments from the businessman in which he avoided answering directly when recruiting prisoners, but admitted that he [penal] colonies in the 1980s.”

Get Daily Beast’s biggest scoops and scandals straight to your inbox. Sign up now.

Ex-wife Will Smith hopes actor gets ‘forgiveness’ after Oscars blow