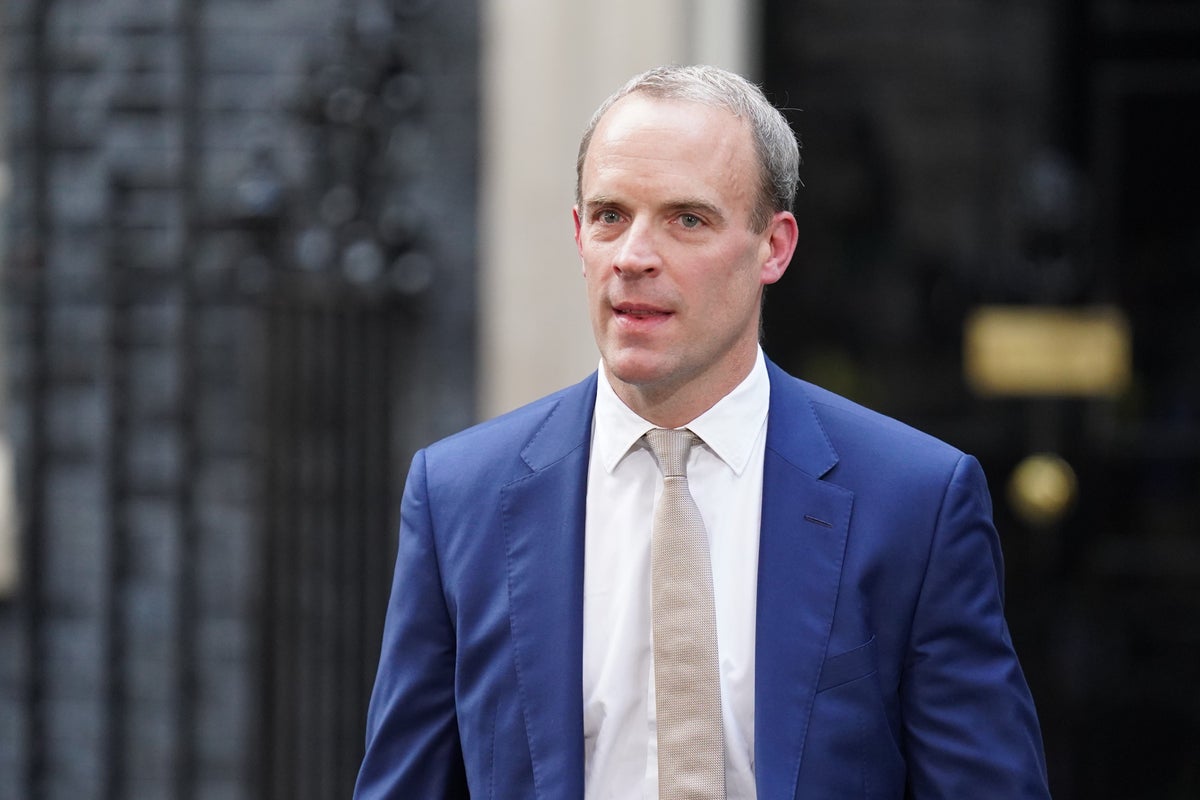 Ominic Raab faced new questions on Saturday after it was reported that his refusal to speak to State Department officials whom he considered a “time waster” caused a “blockade” during last year’s evacuation from Afghanistan.

The deputy prime minister, whose oversight of the evacuation amid the Taliban’s power grab has drawn heavy criticism, was the subject of a new report in The Guardian newspaper alleging that his working relationship with officials was negatively impacting the ministry of Foreign Affairs. attempts.

Mr Raab is facing an investigation into his conduct after the Prime Minister agreed to open an independent inquiry to the Justice Minister at his request after two formal complaints were made against him.

The Guardian reports that Mr Raab is reportedly denying the latest allegations, which suggest that ahead of the final stages of the UK’s withdrawal, some decisions were “delayed and backed up” as the then Foreign Secretary only has a small number of senior staff allowed to get in touch with him and his private office.

According to the report, he described some senior State Department officials as “time wasters”.

A source told The Guardian that quick decisions were needed, but “we couldn’t get him to listen to this message let alone act on it”.

They described the “blockade” as “very costly”.

Mr Raab told the House of Commons on Wednesday he was “confident” he had behaved “professionally”, with Downing Street saying Mr Sunak still has full confidence in his deputy.

Mr Raab has faced a series of allegations that he has bullied officials and engaged in abusive and degrading behavior in previous cabinet positions.

In a letter to Mr Raab on Wednesday, Mr Sunak told the cabinet minister that “integrity, professionalism and accountability are core values ​​of this government” and said an investigation was the “right course of action”.

In his letter to the Prime Minister, Mr Raab said: “I have just learned that two separate complaints have been filed against me in parallel, from my time as Foreign Secretary and my first term as Justice Minister, which ended in September. from this year.

“I am therefore writing to request that you conduct an independent investigation into the claims as soon as possible.

“I will fully cooperate and respect any outcome you decide.”

The Conservative MP for Esher and Walton told Mr Sunak that he had “never tolerated bullying and always tried to strengthen and empower the teams of civil servants working in my respective departments”.

Mr Raab’s later stint at the Justice Department followed his demotion as Foreign Secretary last September following widespread criticism of his handling of the Afghanistan crisis.

He was holidaying in Crete in August when the Taliban rampaged through the country and was seen relaxing on a beach on the Greek island as members of the militant group entered Kabul, though he insisted he was in contact with officials and ministerial colleagues.

PA news agency has contacted a spokesman for Mr Raab for comment.