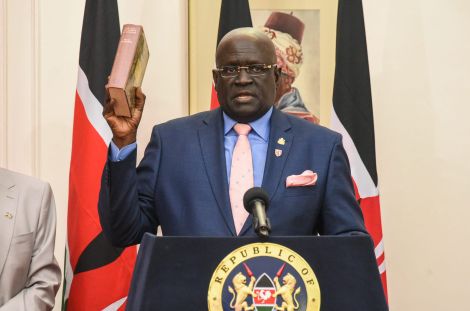 Leader of Azimio la Umoja, Raila Odinga, on Wednesday, January 25, revealed details of the last conversation he had with former Secretary of the Cabinet of Education (CS) George Magoha.

After visiting the bereaved, Raila noted that they had a phone call two weeks ago discussing Maghoha’s possible move to Maseno University.

The duo had also held talks about preparations for the fallen brother’s funeral, which will be buried on Saturday, January 28.

An archive photo of the former Secretary of the Cabinet of Education, Prof. George Omore Magoha

“We spoke on the phone. The last time we spoke was two weeks ago and we were talking about menopause. I think he went to a job interview at Maseno University,” Raila said.

The leader of the Orange Democratic Movement (ODM) described his death as a huge loss to that nation and described him as a man who devoted his life to helping TUSEN.

For his part, former Jubilee Secretary General Raphael Tuju, who served in the same cabinet as Magoha, commented that he was shocked to learn of his death after spending the previous afternoon together.

According to Tuju, Magoha was in good spirits and showed no signs of illness, except for a moment where he stated that he felt exhausted.

Magoha, Tuju added, was at the center of the team working to prepare for the funeral of the brother who had died while in the United States.

“The passing of Prof. Magoha reminds us all that we are mere mortals. As colleagues we are devastated. I think I was here on Monday 23rd January afternoon as we discussed his brother’s funeral arrangements.

See also  The best electric toothbrushes of 2023 tried and tested, including Philips, Oral B and Spotlight

I didn’t know the next time we would come back to this house would be,” Tuju noted.

There were plans to bury Magoha’s brother in a ceremony scheduled for Saturday, January 25. 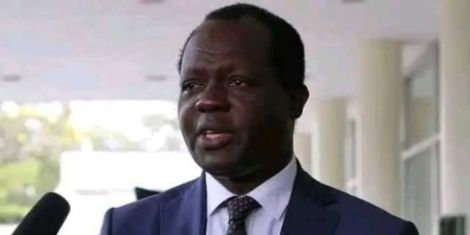 BC has no ‘red line’ to enter into health talks with the federal government, Prime Minister | says TUSEN news