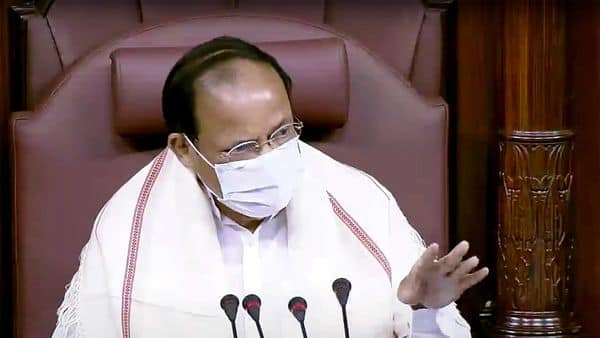 As soon as the House convened for the day, Congressman Digvijaya Singh attempted to raise the issue of the raids on the media group in several cities. Other opposition members, including those from the TMC, rushed into the House well over reports the Modi government targeted political rivals, journalists and critics for surveillance using Pegasus spyware of the Israeli company NSO Group. Rajya Sabha’s chairman, Mr. Venkaiah Naidu, first ordered that Singh’s remarks not be recorded, then asked members not to show signs.

“I didn’t allow you. You have to ask permission from me. Nothing will be recorded,” Naidu told Singh.

“MPs don’t seem interested in discussing people’s issues,” he said while calling on MPs in the House well to return to their respective seats.

“Please go back to your respective seats … follow parliamentary practice, send me an opinion. Go for it on merit, I’ll allow you. What is it,” a- he points out.

“It is not so,” he said and demanded that official documents listed be laid on the table.

But the members continued to protest, forcing Naidu to adjourn the proceedings. A single document listed could hardly be tabled before the adjournment of the proceedings.

“The House is adjourned because some members are disturbing the House,” he said.

When the House met at noon, opposition members continued their protest even as Vice President Harivansh Narayan Singh asked them to allow Question Time.

“Question Time is important for members. Please return to your seats,” he said.

However, protesting members ignored his request and the House was adjourned until 2 p.m.