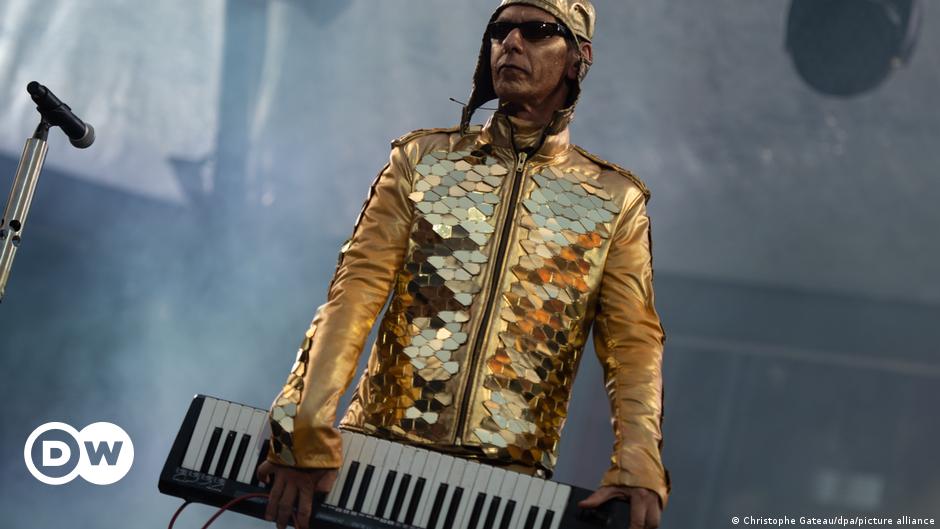 The 2-minute clip, made in collaboration with the Berlin City Cleaning Service (BSR), shows Rammstein keyboardist Christian “Flake” Lorenz and his daughter, bundled up and sitting in an underground bunker in a dystopian future, the world above them in ruins.

Among other things, Mimi holds her father responsible for “the world up there” being destroyed – standing for the younger generation and pointing the finger at previous generations for not doing enough to stop the environmental destruction. The musician represents people of his generation who are not aware of their responsibility to the world.

See also  Lula Applauds Cop27 With Pledge To Save Amazon

“Here we are, 10 meters underground, in a bunker, and we can’t get out,” says Mimi. “The world up there has been destroyed.”

Her father tries to justify himself. But his daughter isn’t discouraged – also pointing to his band’s many world tours: “You and your band tour all the time, giant shows, a thousand trucks – for what?”

Although the father corrects her daughter by pointing out that he was in Rammstein and not Scorpions, it’s unlikely the band will actually change its lavish touring style.

Billions of disposable cups end up in the trash

Rather, the video hopes to draw attention to the problem of environmental pollution caused by disposable cups.

“In Germany alone, two billion cups were thrown in the trash every year. That was sick!” says Mimi, referring to disposable cups that are resource-intensive and cause problems for the environment.

After the conversation between father and daughter, the video reads: “Now use reusables and protect the environment. It’s easier than you think.”

And Mimi looks straight into the camera and says, “Tomorrow is actually too late, better not use the cups.”

Timeline: Repeal Section 377A and amend the Constitution to protect the definition of marriage