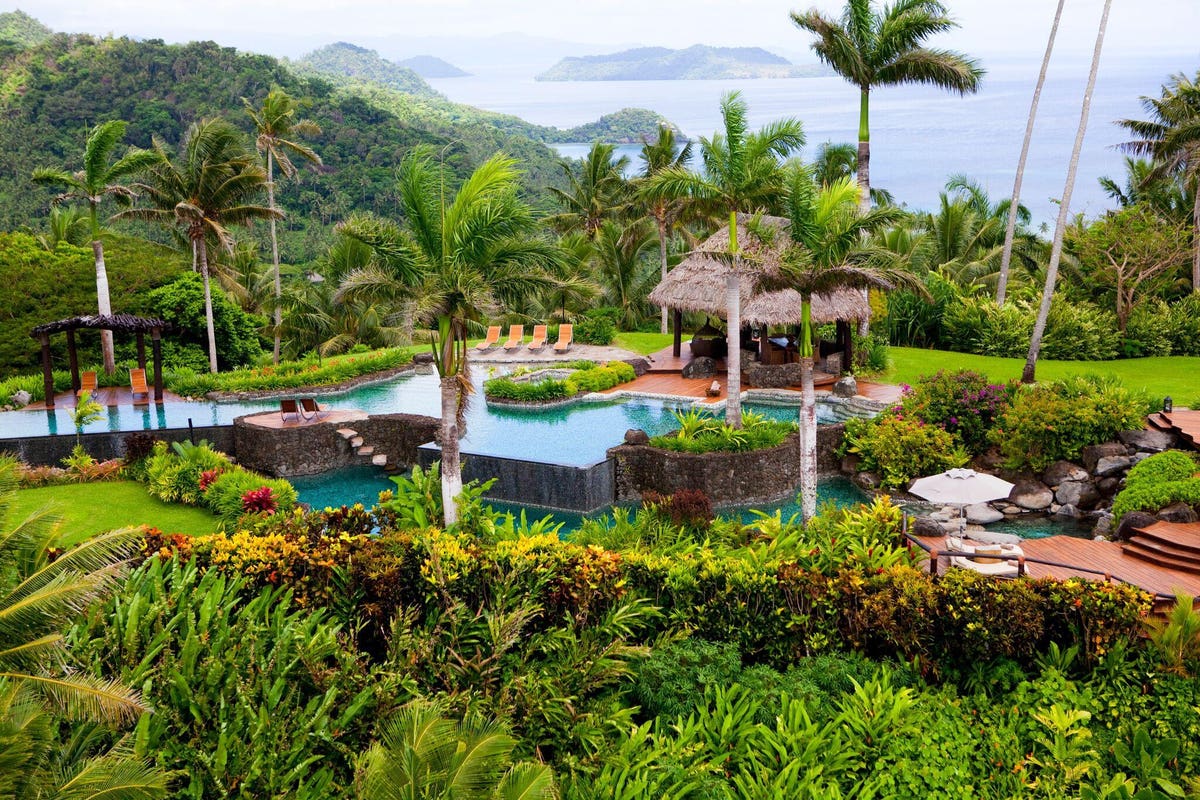 What price would you pay for the ultimate luxury vacation night? For most of us, our vacation is determined, among other more enjoyable things of course, by the budget. But for those where money is really not an issue, there are amazing hotel rooms and suites and – hey, why not? – available submarines that promise a truly memorable stay. And, hopefully, not just for the huge dent they will put in your bank balance.

See also  Why a stay at Palazzo San Domenico in Sicily, in Taormina, a Four Seasons hotel, is a real walk

To spare the super rich the effort, Merchant Cash Advice has done much of the research for you, undertaking the difficult task of sifting through the world’s most extravagant and expensive “hotels” to find the top ten in the world. terms of cost.

First of all, the bad news. Tenth place on the list – the Royal Suite at Dubai’s famed Burj Al-Arab – costs $ 28,000 a night, which gives you an indication of the prices we’re looking at. Promoted as (if not actually) the ‘world’s first seven-star hotel’, the Royal Suite is just as glitzy and luxurious as you’d expect and bang for your buck with 22-karat gold-themed decor, a spa private and as many staff as you can beckon.

The ninth and eighth are respectively occupied by the royal suite at The Plaza hotel in New York and the Muraka suite at the Conrad Maldives. The first offers 400 square feet of living space, a private elevator to your suite, and some pretty special Fifth Avenue views from the master bedroom for $ 40,000 a night. The latter is a two-story villa with a sunken bedroom 16 feet underwater, so you basically sleep in your own giant aquarium. And for that, you’ll have to pay $ 50,000 a night – but there’s a four night minimum stay!

The Hotel Martinez’s $ 53,000-per-night Penthouse Suite is located next to the fantastic city of Cannes, home to the rich, beautiful and fairly well-known film festival. That ridiculous sum will give you 24 hours of unfettered luxury, sumptuous Mediterranean views from your patio, and the chance to share your space with artifacts like Picasso and Matisse hanging on the walls.

Knowing that the Ty Warner Penthouse at the Four Seasons Hotel New York cost $ 50 million to build could help lower its price by $ 60,000 a night. If not, maybe the 360-degree panoramas from its top floor and four glass balconies will help – all great locations to enjoy the unlimited massages offered in the price.

Fifth, we’re heading to Fiji and the sprawling Laucala Island Resort Hilltop. A postcard paradise teeming with tropical blues and greens, this massive estate only works by invitation (or app) with its owner, Red Bull co-founder Dietrick Mateschitz, who decides who stays. But if you know you’ve got a spare $ 61,000 a night to waste, it’s regularly whispered as perhaps the best hotel to stay anywhere in the world.

The Mark Hotel Penthouse takes us back to New York City in fourth place and with serious money now, priced at $ 75,000 a night. The largest hotel suite penthouse in the United States at 10,000 square feet on two floors, its five bedrooms, six bathrooms and two wet bars are impressive but blend in with the memory on the expansive terrace site overlooking Central Park and a living room that converts into a ballroom with 26 foot high ceilings. Bonk.

Where can we go from there? Only upwards, or rather eastwards towards Switzerland and another Royal Penthouse suite, this time at the President Wilson Hotel in Geneva. Here, $ 80,000 a night buys you the entire eighth floor with 12 bedrooms, 12 bathrooms, a Jacuzzi with some pretty extraordinary views of the lake, all 24/7 and, of course, window screens. bullets.

Second place brings us back to the United States and perhaps unsurprisingly to Vegas and the Empathy Suite at the Sky Villa at the Palms Casino Resort – the first hotel on our list to break the six-figure mark at a princely price of 100. $ 000 per night (two night minimum stay!) With decor almost entirely inspired by the spirit of Damien Hirst, the enormous suite showcases several of his unique works of art generously distributed among the 9,000 square feet of space. life. In addition to the outrageous accommodation added to the price, there’s premier entry to the many clubs, bars, and even the Palms recording studio.

But the world’s most expensive room serves something even more unique than dining under formaldehyde-soaked fish – the Lovers Deep Luxury Submarine Hotel ‘from’ £ 175,000 a night (around $ 235,000) . Ouch. Head to St. Lucia in the Caribbean and you can board the underwater hotel with your dedicated captain, butler and chef and sail, within reason, wherever you want.

Along the way, you’ll enjoy complete privacy and luxury, with up-close underwater views of the Caribbean around you and the staff at the other end of the submarine in soundproof rooms so you can ‘They can’t hear your gasps of disbelief at the addition or efforts to join the’ mile low ‘club (that’s how it was originally marketed!). If a touch of claustrophobia appears, beach landings are always available for that daily dose of fresh air.

Why could your Griswold-style holiday display get fined $ 11,000 from the FAA?

Macron organizes summit on migrants in Calais without the UK