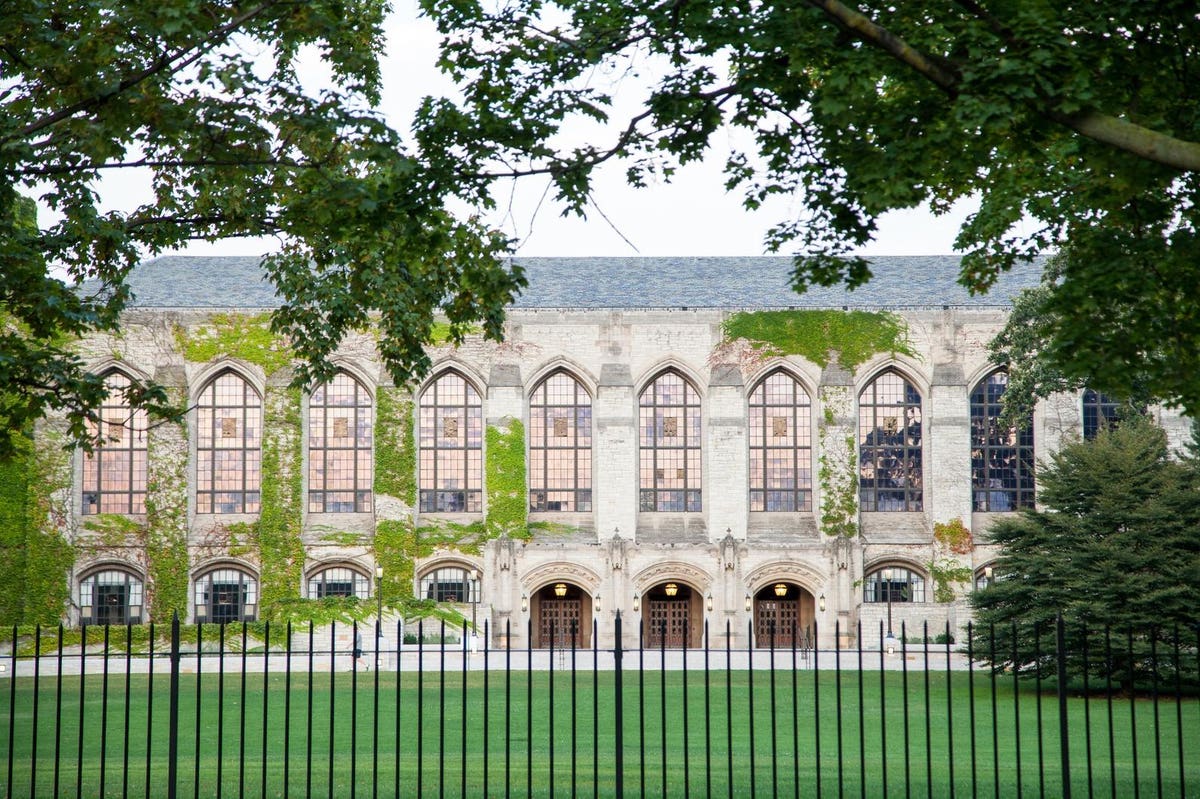 Northwestern University announced on Wednesday that it had received a gift of $ 480 million from the Patrick G. and Shirley W. Ryan family. The donation is the largest in Northwestern history and helped the university surpass the $ 6 billion mark in its “We Will” fundraising campaign, which officially ended on June 30.

The donation from the Ryan family, already Northwestern’s biggest benefactor before this latest donation, will benefit several fields across the university, including the fields of applied microeconomics, business, digital medicine, neuroscience, global health, translational research at Northwestern University Feinberg School of Medicine and the redevelopment of Ryan Field.

“I am extremely grateful to Pat and Shirley Ryan and their families for their extraordinary generosity and leadership over many years, which has propelled Northwestern to new heights as a premier research university,” said the President from Northwestern, Morton Schapiro, in the college announcement. “The Ryan family’s new gift will have a profound and lasting impact on opportunities for faculty and students, including research and discovery. Additionally, our student-athletes, coaches, fans and the community will benefit from their support of Northwestern Athletics and Recreation for many years to come. ”

Here are the major projects that will be supported by the Ryan donation. First on the medical level:

“Advancing scientific discoveries, especially in the area of ​​human health, has been a long-standing priority for our family,” said Shirley Ryan. “Northwestern’s world-class scientists and its innovative, interdisciplinary approach to research have enormous potential to advance treatments and tools that can improve the lives of people in the United States and around the world.”

In applied economics and in business, the donation will go to two areas.

A Center for Applied Microeconomics will be staffed, further strengthening Northwestern’s reputation in economic research.

Ssupport for the Kellogg School of Management, where Pat Ryan received his undergraduate degree in commerce in 1959, and where the Ryan’s sons Pat Ryan Jr. and Rob Ryan received their MBAs.

“I am delighted that the Ryan family are honoring their long and deep relationship with Kellogg with this gift,” said Francesca Cornelli, Dean of Kellogg. “Pat Ryan has a legacy of disruption and innovation and has created two publicly traded companies, tops in their industry, providing professional insurance services: Aon and Ryan Specialty Group. This is what we want our students to aspire to, and this donation will allow Kellogg to improve our forward-looking programs.

The Ryans’ donation will also serve as the primary donation for the redevelopment of Ryan Field, Northwestern’s 47,000-seat football stadium.

Patrick G. Ryan, graduated from Northwestern in 1959 with a major in business, founded and served for 41 years as CEO of Aon Corporation, a leading provider of risk management, insurance and reinsurance brokerage. At the time of Aon’s retirement, the company had annual sales of nearly $ 8 billion.

In 2010, Mr. Ryan founded Ryan Specialty Group, a provider of products and solutions for insurance brokers, agents and carriers. Mr. Ryan is the President and CEO of Ryan Specialty Group Holdings, Inc., which trades on the New York Stock Exchange under the symbol “RYAN”.

Shirley Welsh Ryan graduated from Northwestern in 1961, majoring in English. Recognized nationally for her support for work on infant brain development, she was named to the National Council on Disability by two US presidents. She currently serves on the board of directors of the Shirley Ryan AbilityLab, formerly the Rehabilitation Institute of Chicago (RIC), which is a leading center in physical medicine, rehabilitation and translational research.

The We Go campaign

Northwestern launched its “We Will” campaign in March 2014 with the initial goal of raising $ 3.75 billion from at least 141,000 donors. After hitting those goals two years early, the university increased its goal to $ 5 billion and 170,000 donors in September 2018. When the campaign ended in June, it had reported a total of 6, $ 1 billion raised from 174,380 donors, making it one of the largest fundraising campaigns in the history of American higher education.

“This is an amazing time for Northwestern,” President Morton Schapiro said in an academic announcement about the campaign. “We said ‘We Will’, and we did. Thousands of our alumni, parents, faculty, staff, students and friends have come together to support Northwestern’s amazing trajectory and increase our impact on the world. world, and I am truly touched by their generosity. ”

Other highlights of the We Will campaign include: