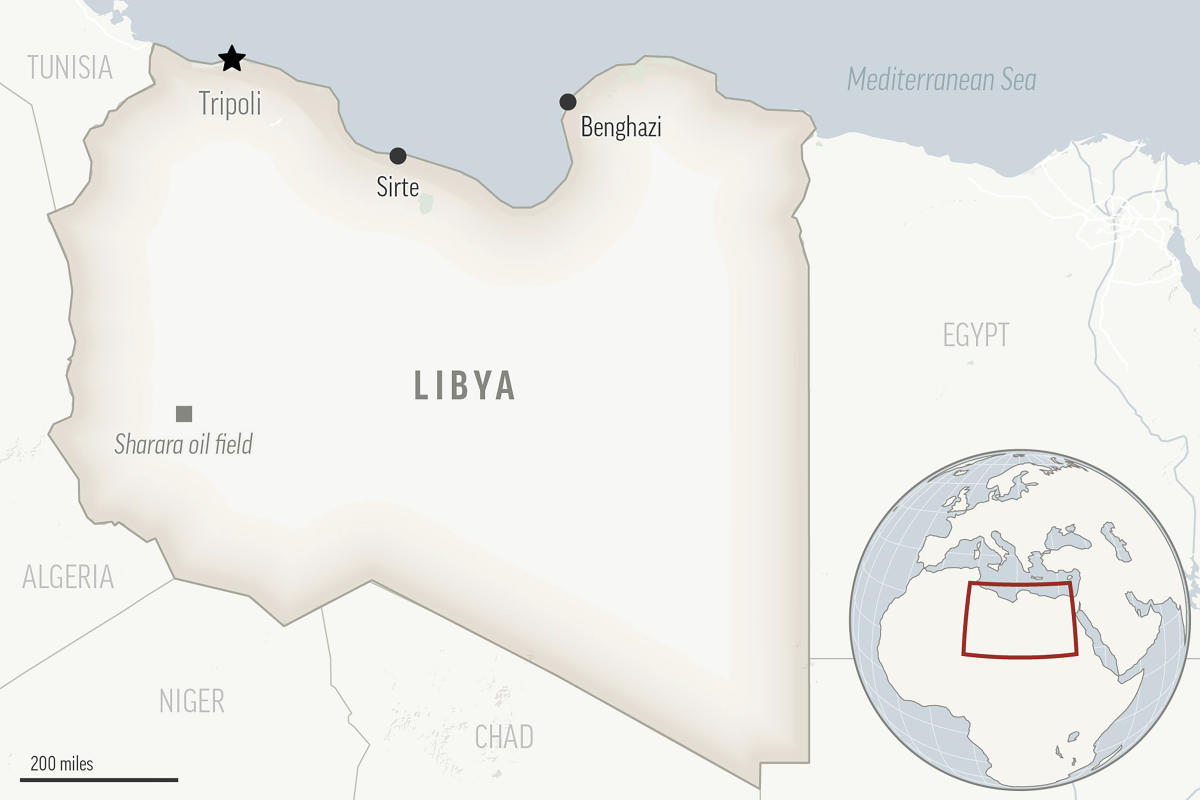 CAIRO (TUSEN) — A boat carrying migrants to Europe capsized off the coast of Libya, killing at least eight people and 58 others still missing, the country’s Red Crescent said Wednesday.

Libyan Red Crescent spokesman Tawfik al-Shukri said the shipwreck occurred on Tuesday near the Mediterranean town of Garabulli, about 60 kilometers (37 miles) east of the capital Tripoli.

The boat was carrying at least 150 migrants, 84 of whom survived and were taken to government-run detention centers for migrants, he said.

Al-Shukri said the dead recovered were all men. He shared footage that supposedly showed workers in Red Crescent uniforms packing black body bags with the Mediterranean Sea in the background.

In recent years, Libya has become the dominant transit country for migrants from Africa and the Middle East trying to reach Europe. The oil-rich country plunged into chaos after a NATO-backed uprising in 2011 toppled and killed longtime autocrat Moammar Gadhafi.

Tuesday’s shipwreck was the latest maritime tragedy in the central Mediterranean, a key route for migrants.

At least 17 migrants were reported dead and 18 others missing in Libya in 2023 on January 21, according to the UN’s International Organization for Migration. More than 1,100 migrants have been intercepted and returned to Libya this year, according to the IOM.

Last year, at least 529 migrants were reported dead and 848 others missing off the coast of Libya, while more than 24,680 were intercepted and returned to the chaos-stricken country, according to the IOM.

Traffickers in recent years have capitalized on the chaos in Libya by smuggling migrants across the country’s long, six-country borders. The migrants are then packed into poorly equipped ships, including dinghies, and embark on high-risk sea voyages.

Those intercepted and returned to Libya are held in government-run detention centers where abuses take place, including forced labour, beatings, rape and torture — practices that amount to crimes against humanity, UN-commissioned investigators said.

The abuse is often accompanied by attempts to extort money from families before migrants are allowed to leave Libya on traffickers’ boats.