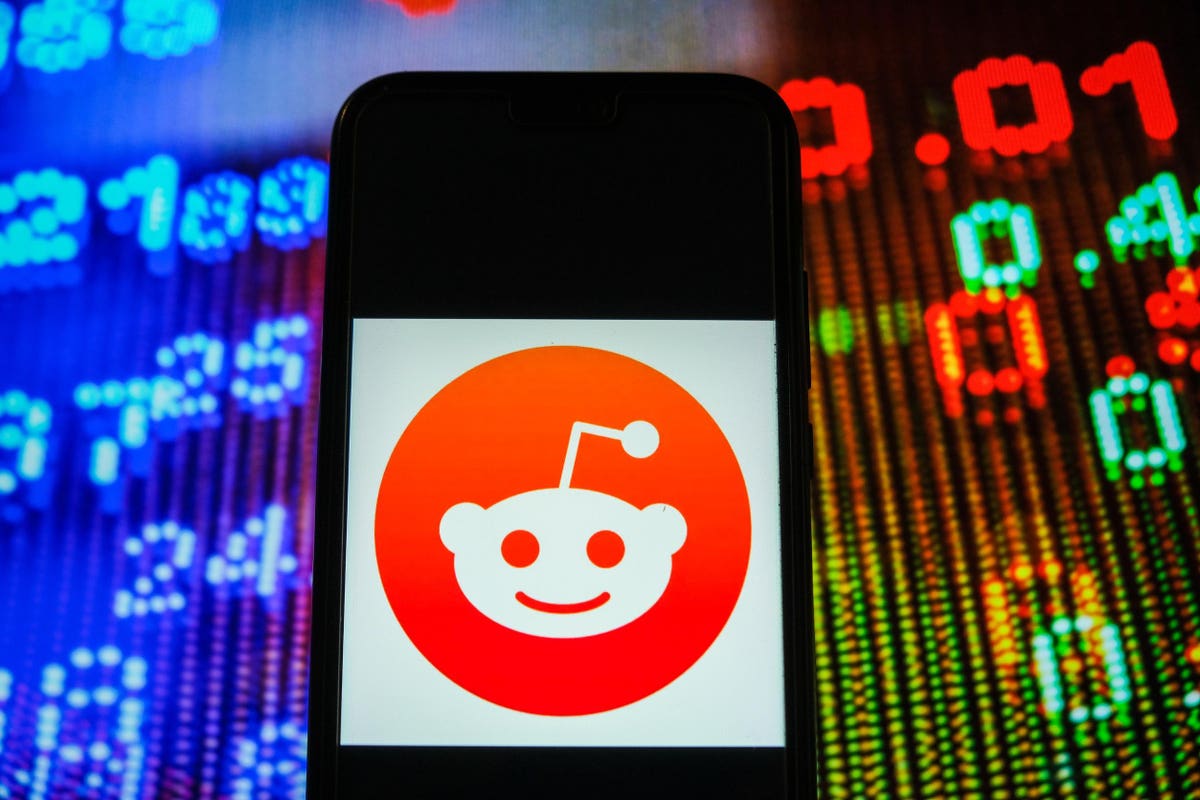 An unnamed company that was listed on the stock exchange only about three weeks ago briefly ranked among the 15 most valuable companies in the world.

At one point, it reached a market cap of $450 billion and was valued higher than Meta, Walmart, Visa, Disney, JP Morgan Chase and McDonalds. All this from a company with only $25 million in annual revenue. To put that into context, Walmart generates the same amount every 23 minutes.

A quick look at the company’s website leaves more questions than answers, with a plethora of buzzwords and a promotional video featuring Star Wars-style spaceships and laser beams.

The coverage of the story initially put the frenzied price action at the feet of Reddit’s infamous WallStreetBets army of retailers. It looked like this was another meme stock the group was clinging to, following the previous wave of interest in stocks like GameStop and AMC.

Spend some time on the WallStreetBets forum and it becomes quite obvious that they are just as confused as everyone else. In the tumultuous days of GameStop, posters explained their plans in great detail and followed every little bit of news or information about the story. At AMTD Digital, none of that was the case.

So far, the conversation there seems to have centered around how ridiculous it is that WallStreetBets is being brought into the story at all.

But if they aren’t, how else can you explain a stock that has risen from an IPO price of $7.80 on July 16 to a high of $2,555 on August 2? There are a few theories going around, but first let’s take a look at what has happened in the past few weeks.

Who is AMTD Digital?

AMTD Digital is a Hong Kong-based Cayman Islands-based company that is widely listed as a “digital solutions platform”. The company website touts their digital credentials in everything from banking to insurance to media, content and marketing.

The site and their promotional material is sketchy. If we dig a little bit into the source of companies’ revenues, it seems that most of it comes from membership fees for their SpiderNet Ecosystem Solutions, which AMTD Digital considers a “fusion reactor for the best entrepreneurs.”

In addition to revenue from these membership fees and their other digital financial services, the company has also invested in several media properties in Asia, including the action films “The White Storm 3” and “Shockwave 2”.

AMTD Digital is listed on the New York Stock Exchange (NYSE) under the ticker HKD and the price has risen from day one of listing. The price rally accelerated before reaching a crescendo on August 2, reaching its all-time high of $2,555.30.

As media coverage has increased in recent days, the share has fallen from these heady highs to $800, but is still up more than 10,000% from the market’s close on Thursday.

What makes the valuation even crazier is that AMTD Digital (HKD) is almost wholly owned by parent company AMTD Idea (AMTD), which is also listed on the NYSE. AMTD Idea has a market cap of just $1.6 billion as of Thursday’s close, meaning its valuation is nearly 100 times lower than the company it owns the majority of.

What caused the stock to skyrocket?

Nowadays, when a stock price rises rapidly for no apparent reason, Reddit and WallStreetBets are the natural first culprits. The retailers on the site have previously been a major factor in the rise of meme stocks like GameStop, AMC, and Blackberry.

That’s exactly what happened with ATMD Digital, with much of the initial coverage calling AMTD a new meme stock and pointing the finger at Redditors. However, it doesn’t look like that’s the case.

See also  Recession is heating up; Investors hold your shorts

The first evidence is the trading volumes of AMTD Digital stocks. At the height of the GameStop frenzy, trading volumes were huge. In a single trading day, there were 788 million shares that were bought and sold, which equates to volumes representing 300% of the total available inventory.

It means that, on average, one GameStop share was bought and sold three times in one day. That’s a huge amount of trading and shows how much interest and euphoria surrounded the company at the time.

AMTD Digital has issued a much lower number of shares in the public market, yet the highest trading volume ever achieved is only 12% of available shares.

Second, even a cursory look at the WallStreetBets forum makes it pretty clear that this is not the result of a Reddit trading army. Most of the posts related to AMTD Digital are memes that mock the media’s accusations that they are responsible for the rapid price hike.

The company itself released a statement that read, “To our knowledge, there have been no material circumstances, events or other matters relating to our company’s business and operational activities since the IPO date.”

Apparently they don’t know either.

Some analysts suggest that the highly unusual price action may have more sinister origins. Hindenburg Research is an investment research firm specializing in corporate fraud reports, and their founder Nate Anderson released a damning hypothesis of the situation on Tuesday.

He outlined the history of previous known IPOs of AMTD Idea, the parent company of AMTD Digital, which showed that all 15 had collapsed, with a median drop of 85.6% from their IPO.

There have also been allegations of fraud against senior executives at AMTD Digital, including company founder Calvin Choi, who is currently appealing a two-year ban on regulated activities in Hong Kong.

At this stage, no one knows for sure what goes on behind the scenes and who is really responsible for the lightning-fast price increase.

What does this mean for investors?

Even with the last two days of massive losses, AMTD Digital was still valued at $148 billion as of market close on Thursday. That’s more than Morgan Stanley, Intel, AT&T and CVS.

That means, unless a big secret is revealed in the coming days that AMTD Digital has discovered a cure for cancer, there’s only one direction for the stock price in the long run. Any investors considering buying into this now should be prepared for some major losses.

While such huge price increases are uncommon, they do occur from time to time. The original stock meme, GameStop, rose dramatically due to the level of short-term interest in the stock, prompting traders to anticipate what is known as a “short squeeze.”

Going short on a stock essentially means placing a bet on the fact that a stock will fall in price. Short sellers agree to sell a stock at some point in the future, expecting the price to fall in the meantime allowing them to make a profit.

Problems can arise if there is a lot of short interest, as there may not be enough shares readily available for sale for all short sellers to meet their obligations. This can cause what is known as a ‘short squeeze’ as demand increases rapidly as short sellers have to hedge their positions.

It is this scenario that triggered the start of GameStop mania, but it can happen for other stocks as well. At Q.ai, we’ve harnessed the power of AI to find and invest in stocks that have the potential to explode as a result of a short squeeze.

Our Short Squeeze Kit uses AI and machine learning to track companies with high short interest, as well as sentiment data from sources like Reddit and YouTube to find highly shorted stocks with the potential to breakout.

The trade is automatically rebalanced every week to take into account the most up-to-date data and information.

Chinese state giants to leave US amid audits