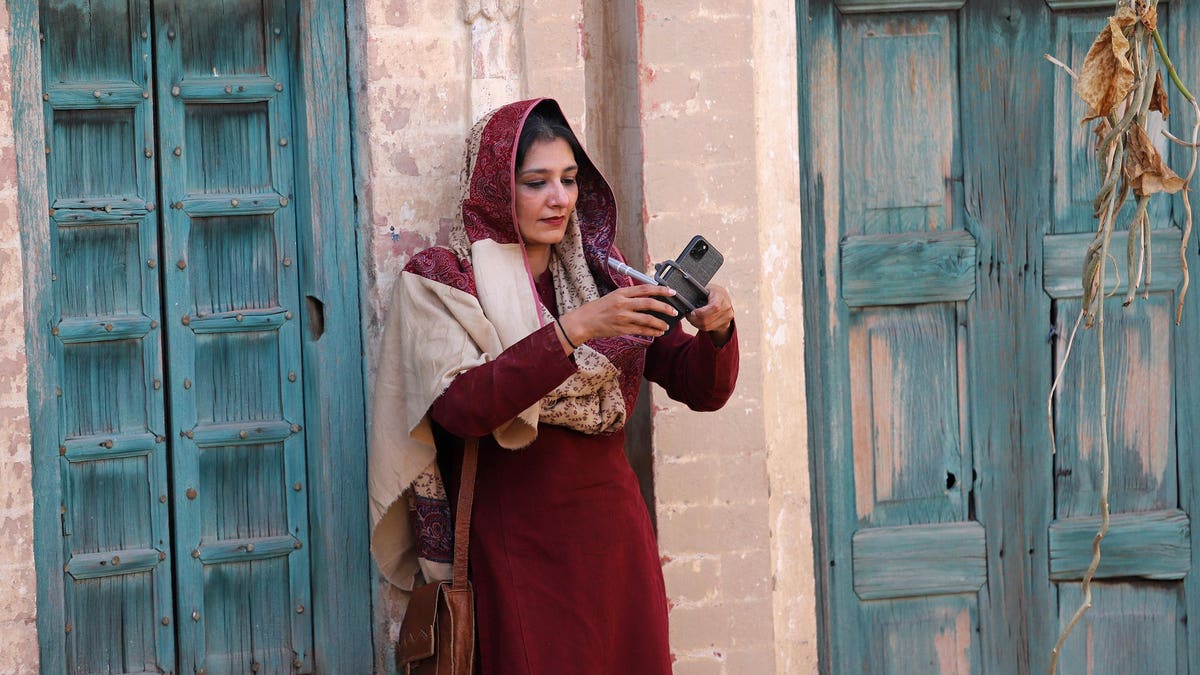 43-year-old photographer Maria Waseem attributes her passion for documenting Pakistani heritage through photography as a “gift” from her mother.

Growing up in Mangla, Azad Kashmir, Waseem remembers seeing his mother developing photographs in a darkroom in their home. At the time, Waseem’s mother was working on her college thesis and frequently took photo walks with her daughter.

The process fascinated young Waseem. On the one hand, the exciting excursions to Pakistani heritage sites while his mother took photos, and then the even more exciting stage of photo development – in the darkroom – left an impact on Waseem.

See also  The Larkins episode 1 review: there is nothing "perfick" in this awkward remake

Photography was not only a stimulating medium, it was also a reminder of the childlike awe that accompanies capturing both the beautiful and the unknown.

And it is this very sense of curiosity that Waseem continues to bring to the field as an adult, documenting Pakistan’s legacy.

But it wasn’t until Waseem graduated – with a degree in architecture – from Lahore’s famed art institution, the National College of Arts (NCA), that the photographer began to take her love of photography seriously. documentation of local heritage.

While working at NCA as an architectural researcher on a book on famous pre-score architect Bhai Ram Singh (in his research and publication department), Waseem’s interest in photography s ‘is increased.

“I was able to visit all the institutional buildings of the British colonial period in Lahore which were designed by [Bhai Ram Singh] and are mostly located in the old parts of town, ”says Waseem,“ Over time, I developed an interest in photographing lesser-known pre-partition structures like residential buildings, temples, gurdwaras, small mosques, etc. The fine architectural details of these structures intrigued me as an architect and this is how my architectural background and my keen interest in photography came together.

Having exhibited her photographs since 2002 at exhibitions in Pakistan and abroad, Waseem revealed that she was recently shortlisted as a finalist for the Sovereign Asian Art Prize 2021.

Currently in preparation for an exhibition in Karachi in November, Waseem says that every time she returns to a previously explored heritage site, she learns something new.

“The layers of history of ancient structures that have held back time inspire me. These structures are tangible documents of history, they are testimonies of people’s lives. Often a monument, a palace, an ancient place of worship or a large building embodies the rubbish of ordinary people; those who built them, as well as those who left their mark on these ruins, ”says Waseem.

“In my work, I try to document these places not as a story of stone and mortar, but the story of a people who see themselves reflected in these ruins, so for them, these places are not dead structures. , but as alive as the memory of their ancestors.

Speaking of her photographic expeditions to Lahore and around Pakistan over the years, Waseem reveals that her excursions have often left her deeply moved.

“The British era railway lines over the Khyber Pass from Peshawar to Landi Kotal, which are no longer functional and are mostly in ruins, raise the question of what the train ride must have been like in this region. “, She says,” Or for example, on the way to the border from Torkham we cross the site of Sphola Stupa … it makes me think how during the Gandhara period the area must have been so rich and prosperous with cultural activities. However, my most moving experience was when I was photographing the haveli by Sardar Jawala Singh Sandhu in the village of Padhana on the border of Eastern and Western Punjab for the Sovereign Asian Art Prize. Sardar Jawala Singh Sandhu was the Commander-in-Chief during the reign of Maharaja Ranjit Singh and was married to the older sister of the Empress of Punjab, Rani Jind Kaur. The haveli is located on the border of East and West Punjab and during Partition the family did not migrate and decided to stay in West Punjab and converted to Islam to stay in the village. The haveli still belongs to the same family and with them I had the chance to visit the 40ft wide border belt of Eastern and Western Punjab. Standing there one can see the Gurdwara Chevin Patshahi (located in the village of Padhana in Western Punjab) and the Gurdwara Sahib Naushahra in eastern Punjab. The two gurdwaras are now a few steps away, divided by an international border. ”

Next year, Waseem finally plans to start work on a publication of his travels documenting local heritage and culture.

Although she has a thriving social media presence, where Waseem constantly uploads photos, videos and live sessions of her travels, the photographer recognizes the importance of archiving Pakistan’s cultural history in the form of a book for future generations.

“My main goal of documenting heritage sites is not just to share perfect photographs, but to make people aware of the incredible common heritage of the subcontinent.