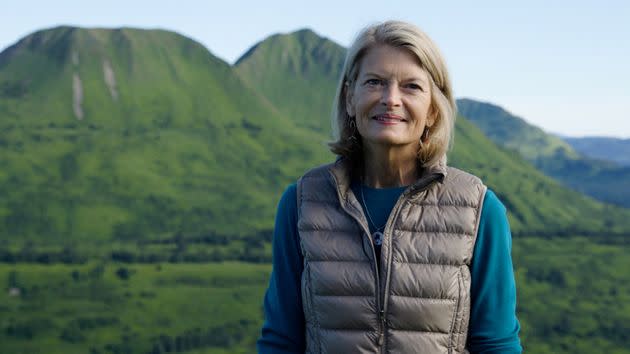 Murkowski, now entering her fourth term in the Senate, defeated Kelly Tshibaka in the third round of her state’s new ranked-choice voting system. She also defeated Democrat Patricia Chesbro. Murkowski won by almost 54%.

“Thank you, Alaska,” Murkowski said in a statement Wednesday night. “I am honored that Alaskans – of all regions, backgrounds and party supporters – have reaffirmed their trust in me to continue to work with them and on their behalf in the United States Senate. I look forward to continuing the important work ahead.”

It took more than two weeks for Alaska election officials to have the final results of the race. That was expected.

Under the state’s new system of elections, vothers ranked their top four candidates – regardless of party affiliation – in the order of who they wanted to win. Their second, third and fourth picks were only counted if their first and later picks finished last and did not make it to the next round. The election ended once a candidate received more than 50% of the vote.

Since neither Murkowski nor Tshibaka got 50% after counting the votes of the first choice, election officials proceeded to count the second choice. In the end, Murkowski was the first to receive a majority vote.

The Alaska senator, who regularly wins elections by targeting a broad base of moderate Republicans, independents and Democrats, has certainly benefited from the state’s new election system, which was approved by voters in 2020. one of the top four voters. In the general election, Murkowski, who is by far the most moderate Republican in the current Senate, was well positioned to gain more cross-party votes as second- and third-place voters’ choices were taken into account.

Murkowski had been a prime target for defeat at the hands of Trump, who has vowed to fire her since she was one of seven Republicans who voted to convict him of inciting the January 6, 2021, uprising. Trump regularly attacks her and went to Alaska in July to stump for Tshibaka, a far-right social conservative who once wrote in support of an “ex-gay” organization and warned against the evils of “addictive” witchcraft.

Alaska Republican Party leaders also supported Tshibaka, who formerly headed the state’s Ministry of Administration. Their approval came a few months after they voted 53 to 17 to censor Murkowski for voting to impeach Trump. Buzz Kelley, a Republican who finished fourth in the Senate primary, quit his campaign earlier this fall and also endorsed Tshibaka.

The Murkowski-Tshibaka race evolved into a proxy battle between Trump and another of his critics: Senate Minority Leader Mitch McConnell (R-Ky.), who millions of dollars funneled to the state to support Murkowski. One GOP senator told NBC News anonymously last week“Mitch really took some actions to poke at Trump.”

Not that Murkowski necessarily needed McConnell’s help. She already has a track record of fighting extremists – and her own party. In 2010, when she unexpectedly lost her primary to a tea party candidate, she launched a write-in campaign with now famous advertisements who carefully spelled her name. In an astonishing performanceand without any support from the Republican Party, including McConnell, she won.

Weeks before the election, Murkowski crossed party lines to support Democrat Mary Peltola in her race for Alaska’s sole seat in the House. And Peltola supported Murkowski. It may seem strange, but they also have a lot in common have known each other for years: Both ran against Trump-backed candidates, both cast themselves as moderate and pro-choice candidates, and both are intensely focused on the needs of Native Alaskans.

Peltola won a special election in September to complete the remainder of the election the late Republican Representative Don Young‘s term. And on Wednesday, she won a full term for the seat. She is the state’s first indigenous person elected to federal office.

Murkowski certainly benefited by publicly associating himself with Peltola. She had a whopping 52% positive review a recent Alaska Survey Research poll, compared to her two GOP challengers who polled 20 points below her. In the same study, Murkowski had a positive rating of 44% to Tshibaka’s 34%.

Clear the air this Black Friday with these whopping dehumidifier discounts

Bella Hadid goes TOPLESS and flaunts her sensational figure as she...