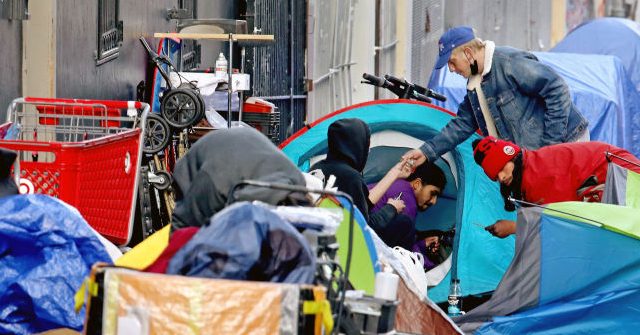 Richie Greenberg, former independent mayoral candidate in San Francisco, California, said on SiriusXM’s Breitbart News Sunday with host Joel Pollak that the majority of the city’s residents have “no hope of a return” to the normality of the “pre-pandemic” status quo.

Greenberg linked ongoing layoffs by the world’s largest technology companies in and around Silicon Valley to deteriorating economic conditions in San Francisco. He noted that San Francisco small businesses were further hurt by lockdowns and closures imposed by state and local governments across California, ostensibly to reduce transmission of COVID-19.

“Some of the largest tech companies in the city and in the country are laying off tens of thousands of workers,” he noted, “and then with a permanent work-from-home plan for other tech companies, there is no hope of a return to normal for years and years to come.

Greenberg added: ‘There’s a lot of pressure now on Mayor London Breed to find a way to revitalize our inner city. At this point, myself, my colleagues and a majority of the other people here in the city don’t believe it will get back to its pre-pandemic condition.

“We don’t even know when it could ever come to that again,” he stressed.

The San Francisco City Council is largely controlled by “Marxists,” “anarchists” and “far-left liberals” who enforce “pro-criminal” and “pro-criminal” policies, Greenberg said. He highlighted the status quo of the Tenderloin, a neighborhood in the city known for high levels of drug addiction, vagrancy, poverty and homelessness.

“It just gets worse and worse,” Greenberg said of crime and lawlessness in the Tenderloin, ignored by law enforcement, and commensurate increases in the brutality of those who commit crimes in the public eye.

He continued: “We have data that has just come out – again – in the last few days that shows more drug overdose. The dealers on the street don’t even care if there are security cameras. They don’t care if the police walk by. Openly they don’t care about anything. They’re not even hiding their faces right now. There are hundreds of active 24-hour drug dealers. Whatever you want, they can get it for you, operating in the Tenderloin area and elsewhere.

Drug dealers and drug users operate “absolutely,” 24 hours a day, and in an “open market” in the Tenderloin, he reiterated.

Such a “racist” government program, Greenberg believed, would further damage San Francisco’s prosperity by driving companies away and reducing the establishment of new businesses.

He said, “There is no way anyone would want to move or open a business and move a business to this city if this continued because that would show them that [the city is] willing to have either one [increased] property taxes or a special business tax bill that can be used to pay these types of so-called reparations.

A “recovery” program “would absolutely decimate our city,” he concluded. “People would leave.”