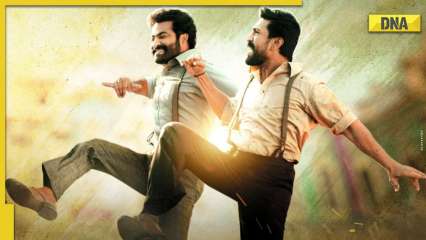 One of the most popular movies in Indian cinema history is RRR by S Rajamouli. The masterpiece grossed over Rs 1,100 at the worldwide box office. After captivating audiences in theaters and on OTT platforms, RRR is now ready to entertain viewers on television.

According to reports, the masterpiece will debut on the well-known Telugu channel Star Maa on August 14. The Hindi adaptation of the film will premiere at Zee Cinema at 8pm on the same day. Social media is buzzing with the impending television premiere of RRR.

RRR has been included in the Best Films of 2022 list (released so far) by the Los Angeles Times, one of the largest distributed newspapers in the United States of America. Commenting on the news, RRR’s official Twitter handle wrote on Twitter: “Glad to see #RRRMovie in the LA Times ‘The best movies of 2022’ list” and added a red heart emoji and an emoji.

Also one of the most successful Indian films of 2022, RRR has hit more than Rs 1,200 crore worldwide at the box office. It received mostly positive reviews for Rajamouli’s performance of his grand vision, gravity-defying action stunts, performances by the leading men, and the song “Naacho Naacho” (or “Naatu Naatu” in Telugu), scored by MM Keeravani.

Also starring Alia Bhatt and Ajay Devgn in pivotal roles, the film was released in IMAX, IMAX 3D, 3D and Dolby Cinema formats. The Telugu, Tamil, Malayalam and Kannada versions of RRR started streaming on ZEE5 on May 20.

The dirtiest part of Woodstock ’99 can haunt you forever