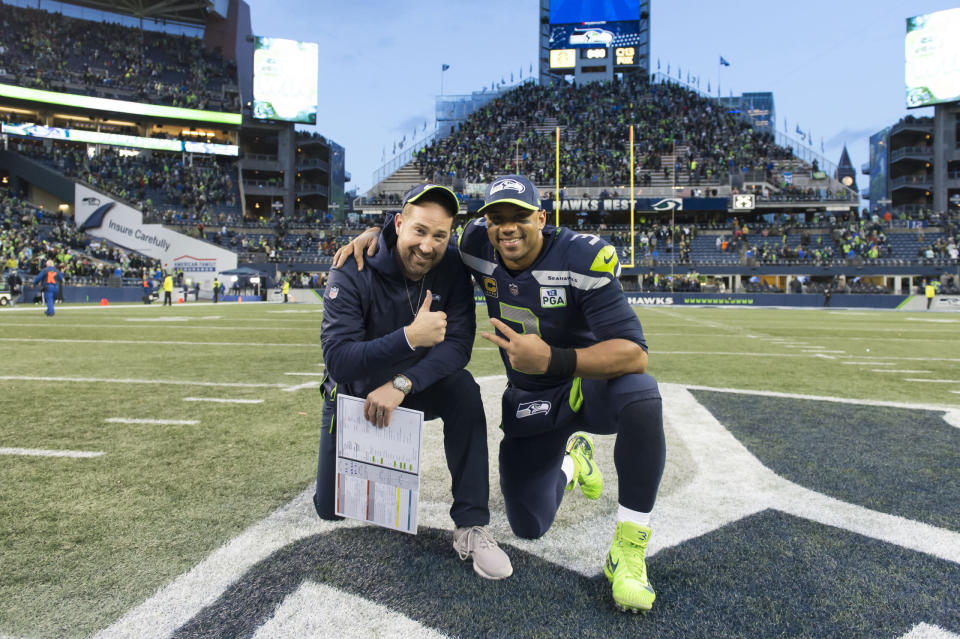 The more we learn about the split between the Seattle Seahawks and former franchise quarterback Russell Wilson, the uglier it gets. After the trade that sent him to the Denver Broncos, Wilson and the front office shared conflicting stories about the nature of their divorce. At least publicly, Wilson had maintained that he wanted to stay in Seattle from the start, while head coach Pete Carroll and general manager John Schneider claimed he did not want to sign another contract with their organization.

Now we’re learning more of the behind-the-scenes friction between Wilson and one of his former coaches. According to Sports Illustrated’s Corbin Smith, Wilson “pushed hard” for the Seahawks to leave former offensive coordinator Brian Schottenheimer after the 2020 season.

“In fact, according to a team source, while showing no ill will and respecting each other, the perennial Pro Bowl quarterback and his reps ‘pushed hard’ for a change of coordinator. behind the scenes after a disappointing finish to the 2020 season.”Don’t let his comments obscure his true thoughts,” the source remarked. “He was tired of Schotty from a game perspective and wanted something new Although he benefited from his coaching, he didn’t think the two could coexist any more in a football marriage.'”

Seems a little odd considering Wilson played the best football of his career while Schottenheimer made the calls from 2018 to 2020. While the passing offense struggled in the second half of the 2020 season, Wilson had played at MVP level until about week 9. seemed like an extreme move and frankly the wrong one considering his success of the previous two and a half years.

Wilson is unarguably the best quarterback in franchise history by far, but he comes off as a cheat. We’re willing to bet we’ll be hearing more than a few negative stories about his time with the team in the years to come.