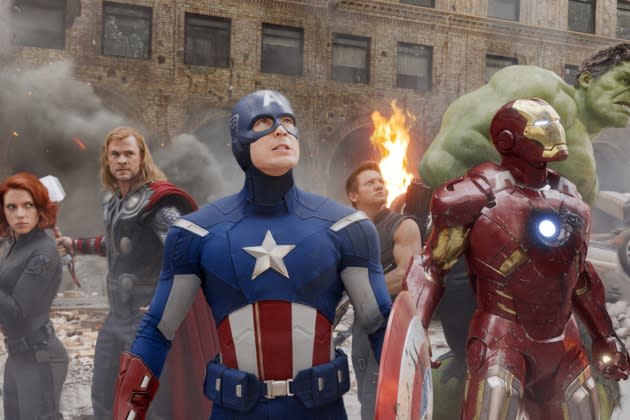 “There were a lot of rumors about who would die,” said Joe Russo. “Kevin really threw at one point, taking all the OGs off the board. We thought it was way too aggressive and the crowd wouldn’t be able to handle it. And that, in fact, picking one or two characters to make sacrifices in the movie could give you moments in the movie where the action could stop and you could have emotional catharsis and then move on with the story.”

DeRusso Bros. were given a desire to kill two characters, but even that decision met with some resistance. Anthony Russo recently told Vanity Fair that Jon Favreau had contacted the duo and tried to convince them not to kill Iron Man. Favreau effectively kicked off the MCU by directing “Iron Man” and “Iron Man 2” and he stayed with the franchise by playing Happy Hogan in several entries.

“Some of the pressure” [not to kill Tony Stark] came from Jon Favreau, who called us after he read the script… and said to us, ‘Are you really going to kill Iron Man?’” said Anthony Russo.

Joe Russo added: “He did it. Yes. And I remember pacing on the phone on the corner of a stage as Favreau tried to talk him off a ledge. Because he says, ‘You can’t do this. It will destroy people, and you don’t want them, you know, walking out of the theater and into the traffic.’ We did it anyway.”

“Avengers: Endgame” is available to stream on Disney+.

Martha Stewart Responds To Memes Suggesting She Could Be Pete Davidson’s...