Some of President William Ruto’s allied MPs were reportedly forced to abandon calls against the importation of genetically modified maize.

Their efforts reportedly hit a brick wall after Ruto’s handlers resisted their laments.

Led by Nandi Senator Charergei, the MPs critical of the Ruto government’s decision to import 10 million sacks of maize retreated to the back seat after reportedly receiving threats from powerful individuals.

On Friday, November 25, reports claimed that the handlers contacted key supporters of the anti-GMO campaign directly and denounced them for openly criticizing the government.

Most of the MPs protesting against corn imports came from the president’s backyard in the Rift Valley.

Bomet Central MP Richard Kilel declined to talk much about the matter, but noted he was open to future discussions.

“Let’s talk about other things, but not corn and the GMO issue,” Kilel said.

Cherargei was unavailable for comments and efforts from TUSEN.co.ke to ask for his clarification were pointless.

Kenya Ports Authority (KPA) confirmed reports that a ship carrying 10 million sacks of maize had docked at the port of Mombasa.

At the same time, lawmakers were asked to stop threatening impeachment against Commerce Cabinet Secretary Moses Kuria, who plans to allow imports of GMO corn. 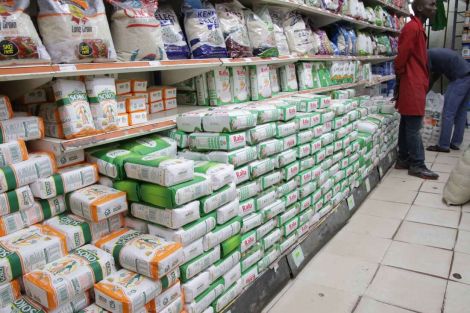 Cornmeal stored in a supermarket in Kenya.

“We are no longer interested in ousting Kuria, for now we are exploring other internal avenues to address our concerns,” said a Rift Valley MP who was part of the campaign.

Belgut MP Nelson Koech confirmed on Thursday 24 November that both the government and opponents of maize imports were right.

Nelson described their actions as “competing interests” that should be respected.

Fighting in Shanghai as COVID protests flare up across China