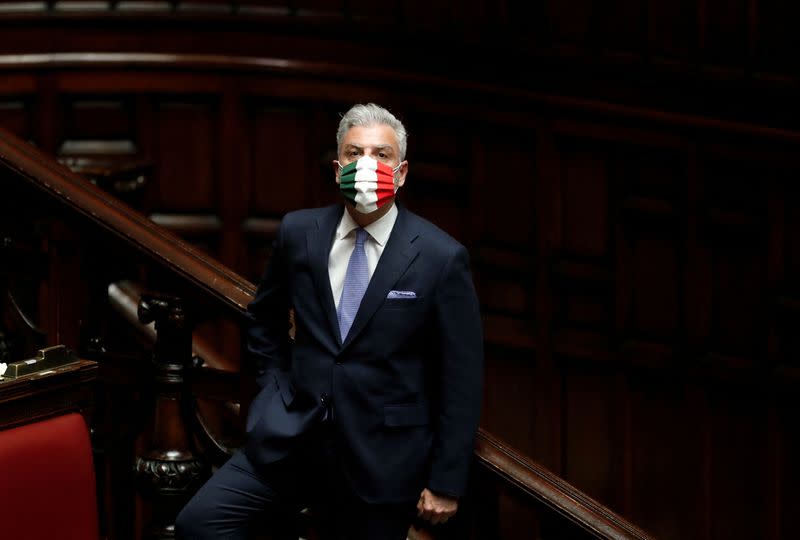 ROME (Reuters) – Same-sex parenting is not normal, a senior member of the far-right party expected to win Sunday’s Italian election has suggested, putting his socially conservative agenda back in the spotlight.

In a televised interview with San Marino’s Rtv late Thursday, Mollicone revives criticism he had previously leveled at an episode of the popular children’s cartoon “Peppa Pig” that featured a polar bear with two mothers.

“It’s a very serious issue,” Mollicone said. “As long as the Italian state does not legislate on these couples, it is wrong to present them as something absolutely normal, because it is not.”

He went on to say that “gay couples are not legal in Italy, are not allowed” – despite the country legalizing same-sex civil unions in 2016 with a reform that the FdI opposed in parliament.

At political rallies, Meloni has vehemently complained about what she calls “gender ideology” and “the LGBT lobby.”

After criticizing his comments, Mollicone made it clear on Friday that he was only talking about gay couples adopting. He insisted that his party now supports civil unions and is “against all discrimination”.

Two weeks ago, he caused a stir when he said that the episode “Peppa Pig” featuring the lesbian polar bears, which aired for the first time in Britain, should not be broadcast in Italy to avoid “gender indoctrination”.

He defended that position in the San Marino interview, saying, “Tell me if 4-year-old children … can process, understand and see complex concepts such as gay adoption and presented as an absolutely natural fact”.

His comments were picked up by rivals in Sunday’s vote.

“Mollicone gives us a taste of what an FdI-led Italy could look like: a state that denies rights and expects to regulate love,” tweeted the Democratic Party, Italy’s main center-left force.

During the campaign, Meloni repeatedly denied suggestions that she would roll back abortion or gay rights laws, while reaffirming her opposition to adoptions and surrogacy for LGBT couples.

Tenant issues cause Cape mother and son to live out of...