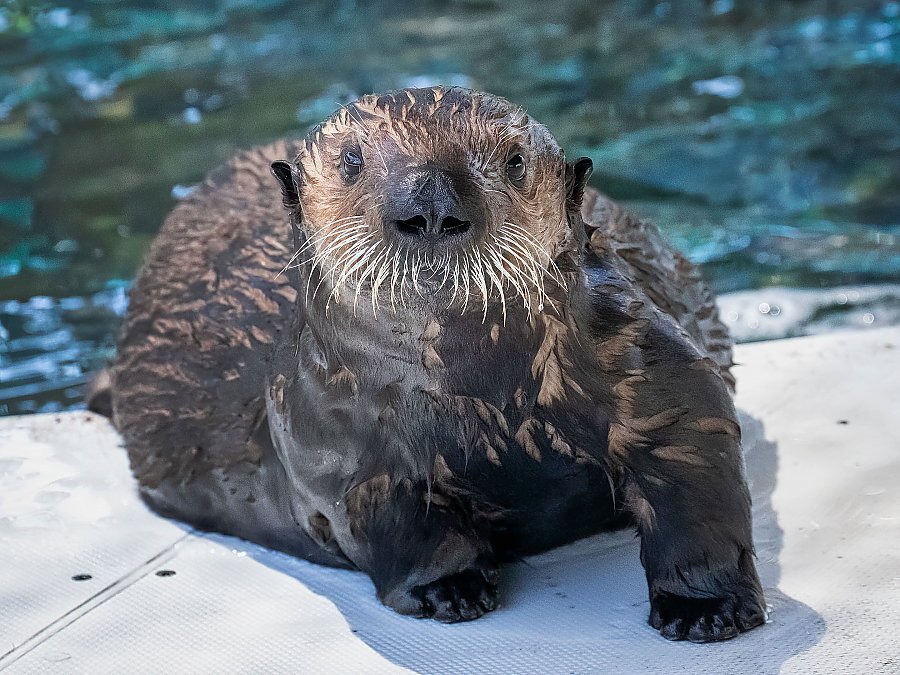 The Aquarium of the Pacific in Long Beach has welcomed a sea otter pup found abandoned in Carmel-by-the-Sea in April, and is seeking the public’s help in naming it.

Through the aquarium’s Adopt an Animal program, people can virtually adopt the pup on September 30 for $100 or more to propose a name. If the name is chosen, the person who suggested it will be invited to a training and feeding session with one of the animals in the aquarium.

The sea otter was found without its mother on April 12 and was estimated to be 3 weeks old by experts, according to a press release. The puppy was taken to the Monterey Bay Aquarium, where staff tried to match him with a surrogate mother, but were unsuccessful.

The US Fish and Wildlife Service ruled that the sea otter cannot be released into the wild.

The pup arrived at the Aquarium of the Pacific and was moved to a behind-the-scenes pool with an adult sea otter named Chloe, according to the aquarium.

“Chloe and the pup get along well and have formed a close bond,” said Brett Long, conservator of mammals and birds at the Aquarium of the Pacific.

The pup is 4 months old and is in the aquarium’s sea otter habitat, which it shares with four other rescued sea otters that have been transported there since December. The new puppy has “slightly lighter colored fur on his face.”