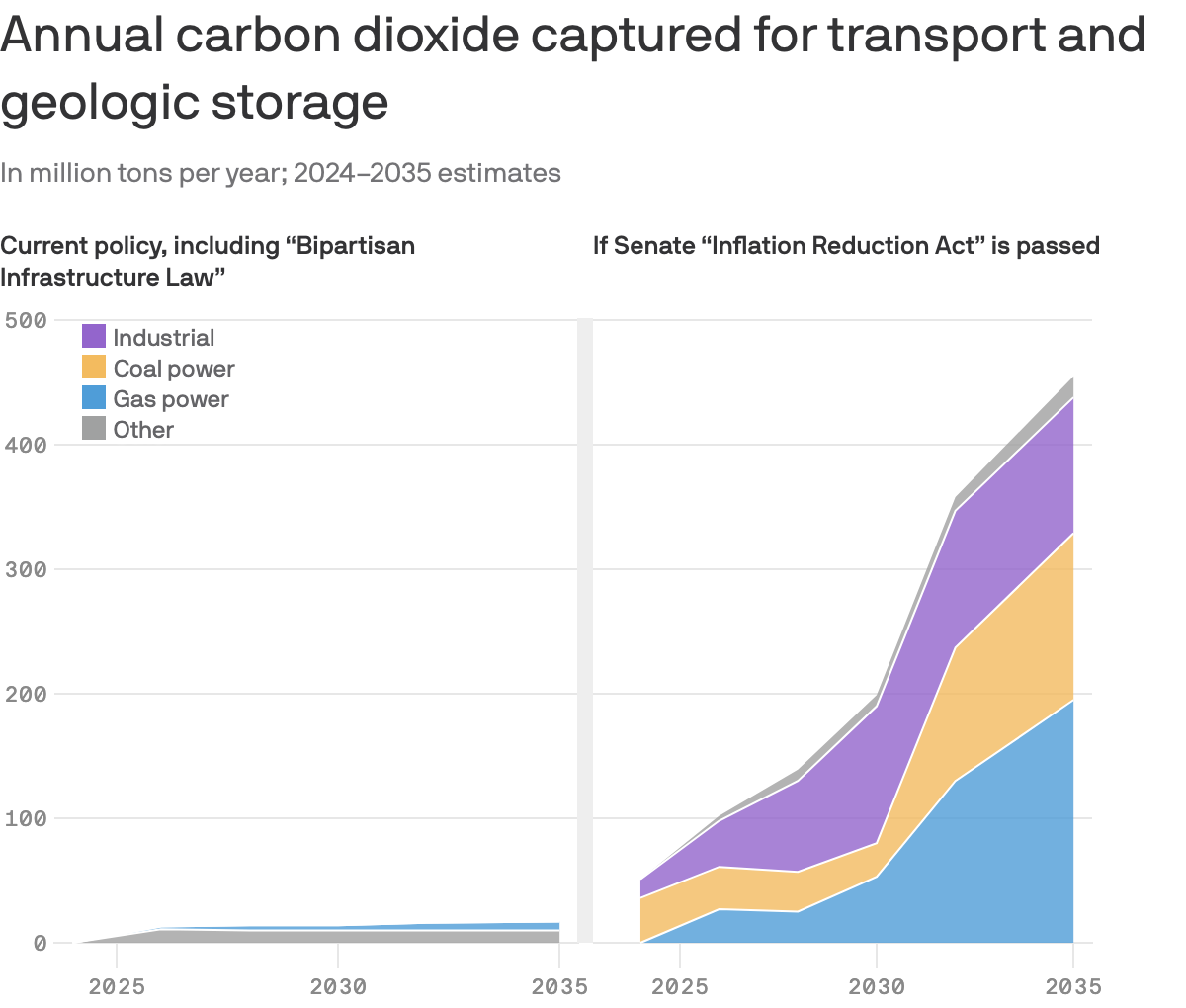 The Senate climate deal could lead to scaling up carbon capture in heavy industries and energy after years of limited momentum and false dawns.

Send the news: It provides a long-term extension of time for projects to qualify for existing credits and expands their application and value.

The big picture: New analysis of the Princeton-led REPEAT project looks at the grants combined with demonstration funding in the bipartisan infrastructure law.

See also  Climate change is not partisan and people are realizing it is not a 'left-wing conspiracy', says charity founder

Why it matters: Capture of CO2 can complement climate-friendly energy sources such as renewable energy sources, storage and clean hydrogen.

What they say: Ben King of the Rhodium Group, a research firm, said they also see the incentives that lead to “meaningful engagement.”

Yes but: Nothing is guaranteed with carbon capture, which requires transportation expansion, approval of storage sites and more. REPEAT’s research offers several caveats.

Fast overtaking: The bill has many new and expanded subsidies for renewable energy, battery storage, electric cars and much more.

Files seized from Trump are part of spy law investigation