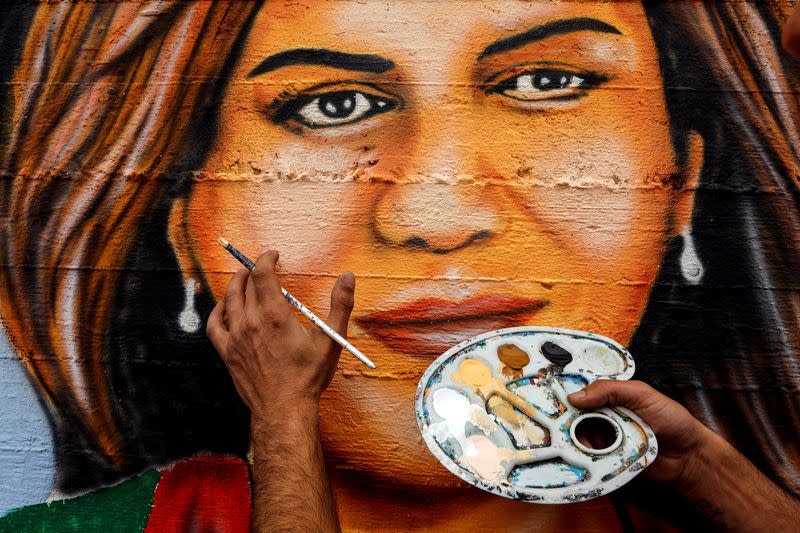 WASHINGTON (Reuters) – A group of 24 U.S. senators on Thursday urged President Joe Biden to ensure direct U.S. involvement in the investigation into the murder of an Al Jazeera journalist who was covering an Israeli raid in the occupied West Bank last month.

The group, made up of Democrats and two independents who the caucuses, called for “a thorough and transparent investigation under the auspices of the United States” into the shooting death of Shireen Abu Akleh, a Palestinian-American journalist, in the city of Jenin on May 11.

“It is clear that neither party on the ground trusts the other to conduct a credible and independent investigation,” the lawmakers, led by Sen. Chris Van Hollen, wrote in a letter to Biden, who must meet. travel to Israel in July.

“Therefore, at this point, we believe the only way to achieve this goal is for the United States to be directly involved,” the letter said.

The White House and the Israeli Embassy in Washington did not immediately respond to requests for comment.

The Palestinian Authority said in late May that its investigation showed that Abu Akleh had been shot by an Israeli soldier in a “deliberate killing”.

Israel denied the charge and said it was pursuing its own investigations. The Israeli army had previously said that Abu Akleh may have been accidentally shot by one of its soldiers or a Palestinian militant during an exchange of fire.

She wore a helmet and a press vest that clearly distinguished her as a journalist.